Bloomberg's senior commodity strategist, Mike McGlone, in his post on his personal social media account, stated that Bitcoin may revisit the $30,000 levels in the near future.

Cryptocurrencies closed the week with a decline after making a rapid entrance to March. In the rise that started at the beginning of the week, led by Bitcoin, many altcoins managed to gain close to 20% in value. The leading cryptocurrency had risen to the level of $45,000 in this process.

However, in the following days, new news about the Ukraine-Russia War reduced the risk appetite in the markets and risky investment instruments faced selling pressure.

With Bitcoin falling to $39,000 levels, experts began to share their expectations for the week. Bloomberg's senior commodity strategist Mike McGlone also announced his expectation for Bitcoin with a post on his personal social media account.

McGlone pointed out that Bitcoin and Nasdaq 100 futures are moving in the same direction and both are currently bearish. According to the experienced analyst, with the general negative atmosphere in the market, Bitcoin may visit the $30,000 levels again in the near future:

“Bitcoin could revisit $30,000, but what about the stock market? It's down about 2% from Friday's close on Sunday morning. It marks another tough week for risky assets like Bitcoin.”

In his recent posts, McGlone stated that despite all these negative developments, the outlook for Bitcoin and other assets may be positive in the future. The experienced analyst reiterated that Bitcoin is on the way to reaching $100,000 and stated that he thinks that Bitcoin will not fall much below $30,000 this year.

The famous analyst previously predicted that Bitcoin could decline to $30,000, and argued that after this stage, the supply-demand balance would be rebalanced and BTC could climb to $60,000 again.

In addition to the negative news that has affected all markets recently, the inflation data to be announced this week in the US may also put pressure on crypto assets. After the data is announced, the FED is expected to take the first rate hike decision next week. Many market analysts emphasize that the $40,000 level is very important for Bitcoin for the next week.

Yann Allemann and Jan Happel, co-founders of Glassnode, also drew attention to the importance of the $40,000 level for BTC in their latest report. Allemann and Happel explained that if the BTC price fails to rise above $40,000, it could decline to the support at $36,000:

After the recent decline, it is seen that some institutional investors describe these levels as the bottom. According to the data shared by Glassnode, new purchases of the Purpose Bitcoin ETF listed on the Canadian exchange took place. According to on-chain data, the amount of BTC in this fund has recently increased from 29,494 to 34,613. 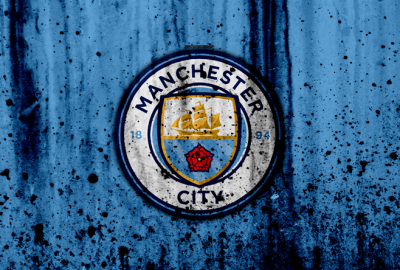