After the RBA announced that the interest rate will be held at 1.5% this month, the AUDUSD has been on a range move. Will the Aussie rally further to 0.777 before the bearish correction? Learn more from my technical view based on 14 February AUDUSD Elliott wave forecast.

14 February, AtoZForex – The outcome of the RBA rate statement earlier this month was widely expected to be unchanged. The rate remained at 1.5%. Price did little in this regard, trying hard to break above 0.77. Hence, we think the bullish momentum will get exhausted soon. We noticed the emergence of an impulse wave on the big hourly charts.

The Aussie which has been on a long term correction upside has given little doubt as to its direction in months to come. Intraday traders can meanwhile looking forward to a bearish opportunity as the Aussie heads toward a price resistance. It is safe to say that the long term bias is bearish, the medium term bullish while the short term bias is bearish. What are the levels to look for?. With the 14 February AUDUSD Elliott wave forecast, the answer isn't far-fetched. 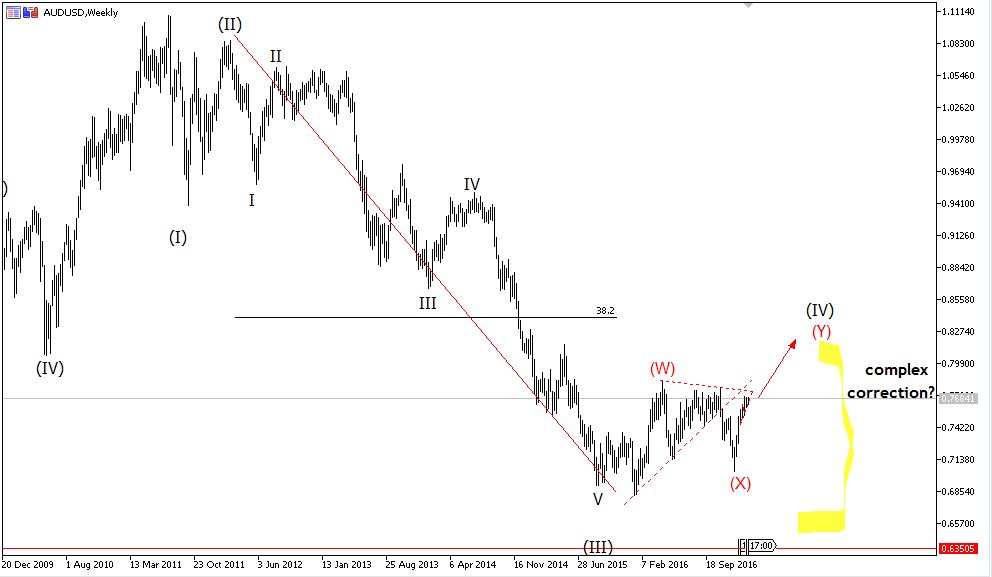 The chart above shows an impulse wave from 2011. Have you seen an extended wave before?. This is one extended wave 3. Price started the wave 4 journey in June 2015 and this may last for 2 years - till June 2017. The corrective wave 4  has completed the first 2 legs.

The corrective pattern has the early pattern of a double zigzag or a corrective double. It could also be a triangle pattern. This may go on till after June. The next level to watch out for if the wave 4 rally continues upside is 0.8395. At the short term, price is about hitting a strong resistance with a reversal pattern. This means that a bearish correction may happen soon.

There is an impulse wave emerging on the hourly chart and we wonder if a bearish correction is around. 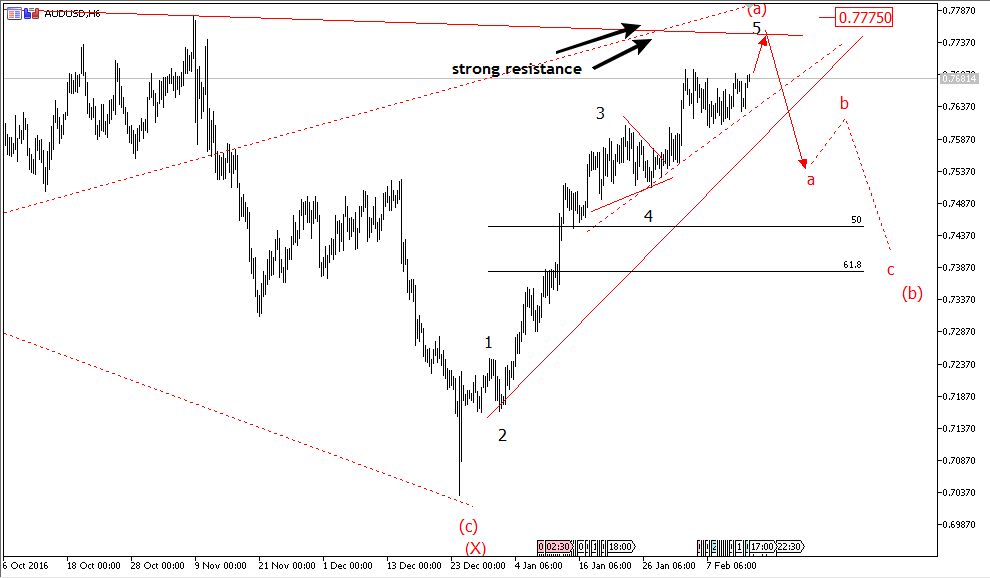 The rally from the beginning of the year is an impulse wave as can be seen from the chart above. A bearish correction to 0.745-0.736 is imminent. Price can reverse below or at  0.777. A break below the broken line in the chart above will be an early signal.