Get VIP Trading Signals Market Watch
Trade Now Your capital is at risk.
Prices of popular cryptocurrencies Bitcoin and Ethereum fell sharply after Wednesday's market crash. Should you buy the dip?

May 20, 2021, | AtoZ Markets – On Wednesday, May 19, the cryptocurrency market experienced a big correction with prices of major currencies, including Bitcoin, Ethereum, XRP, and others crashing as much as 30% within 24 hours.

At the time of writing, the prices of some of these popular coins have staged a comeback on Thursday. However, the overall crypto market remains extremely volatile at the moment.

What caused the crypto market crash?

According to analysts at Chainalysis, institutional investors were responsible for the recent fall of Bitcoins below $30,000.  After examining on-chain data, experts found out that retail investors were actively selling bitcoin during the fall.

Institutional investors did not save the market by restricting purchases. However, some big players started buying bitcoin after the price bounced above $30,000. According to the cost curve chart, bitcoin reached a plateau of around $38,000. 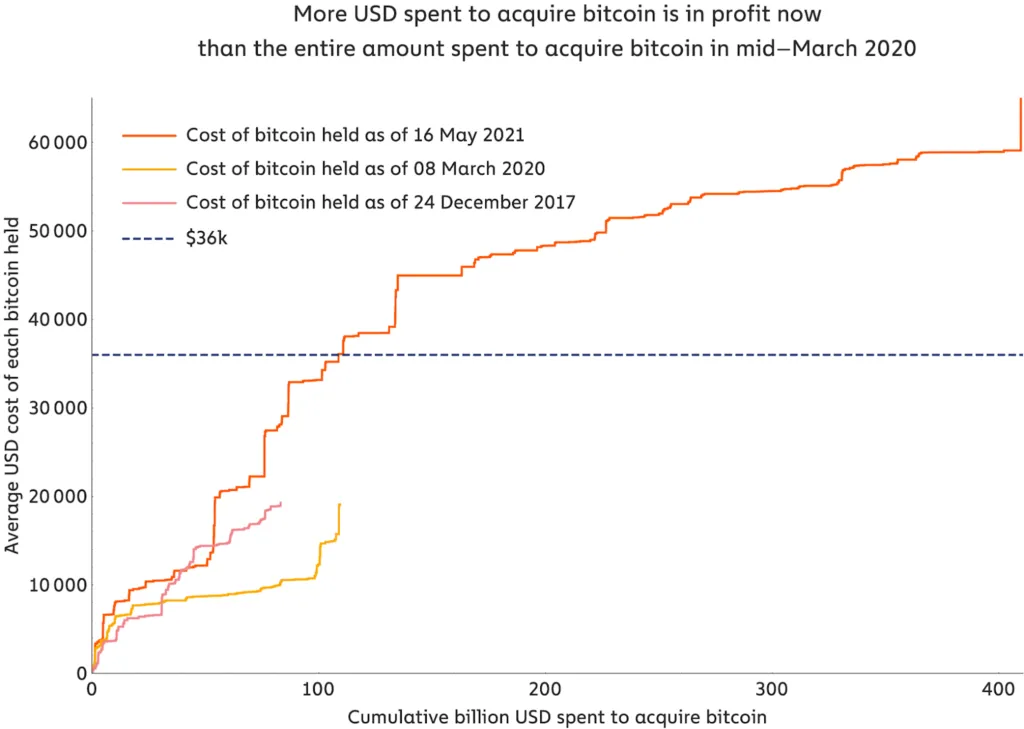 Institutional investors are not the only reason behind Wednesday’s broad-based plunge. The widespread turbulence in the crypto market came in the backdrop of Chinese regulators announcing a crackdown on cryptocurrencies.

The document was signed by the China Banking Association, the Internet Finance Association, and the Payment Clearing Association. They recommended that citizens refrain from investing in cryptocurrencies and reminded them that such operations are not protected by law.

The measure is aimed at reducing the risks of speculation with cryptocurrency. The companies were required to stop any activity related to digital assets and break off cooperation with specialized players. In particular, Internet platforms were banned from displaying relevant advertisements.

Moreover, the recent uncertainty in the crypto market has been triggered by a barrage of unpleasant announcements — from Elon Musk’s tweet and IRS investigations of crypto exchange Binance.

Should you buy the dip?

The answer depends on whether you are ready to take the risk. In case you are looking for a safe, long-term investment option, cryptocurrency may not be your preferred choice of investment, due to its inherent high volatility.

However, if you have an appetite for risk and have the financial backing to invest in cryptocurrencies, it could be right up your alley. The returns will be much higher than traditional investments if you stay on top of daily trends, but you should also be ready for frequent bouts of extreme volatility.

The key is to remain patient and no let go of your investments in case of rising uncertainty.

For example. despite the recent crypto market crash, analysts estimate that investors have invested about $410 billion in acquiring bitcoin at current prices. About $300 billion of investments became unprofitable at a bitcoin price of $36,000. However, the remaining $110 billion covered all the costs of bitcoin stored since mid-March 2020.

This, according to Chainalysis, means that investors have strong incentives not to sell cryptocurrency, but to continue to invest in new directions in the market.

“Institutions do not appear to be actively selling, although they may be cautious now by refraining from buying,” analysts said.

The chart below shows that Bitcoin inflows to exchanges are still relatively small compared to past selloffs. 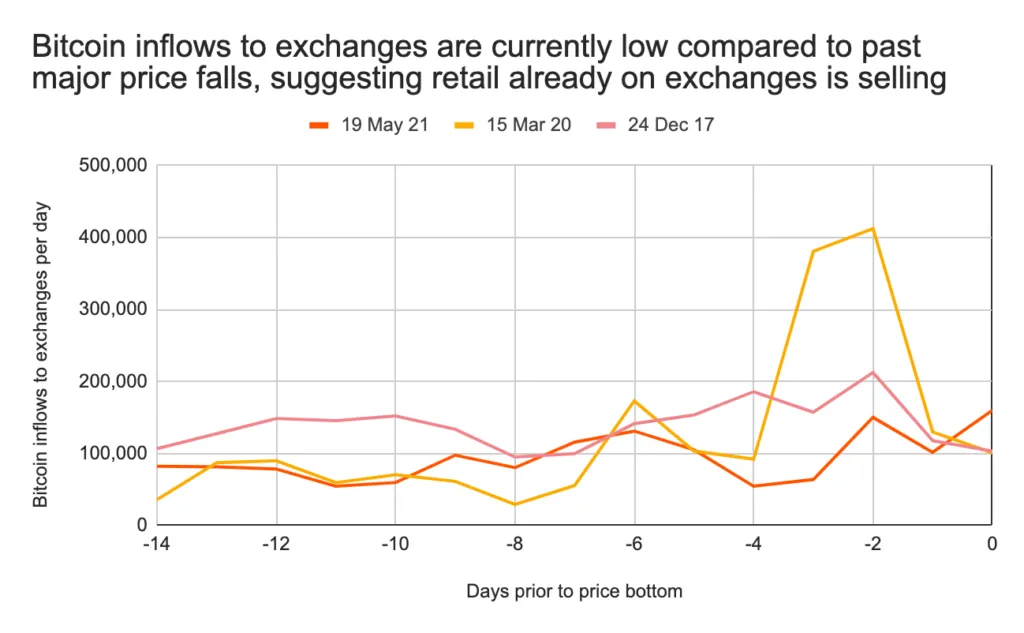 For example, over the past three days, 412,000 BTC were received on exchanges. This is still lower than March 13, 2020, when the same amount of bitcoin arrived on the exchanges in just a day. According to analysts, the current drop is several times weaker than in March 2020. Bitcoin drawdown will tempt whales to increase reserves in cryptocurrency, and not panic, according to Chainalysis.

Will you ‘buy the dip’ or completely avoid exposure? Let us know in the comment section below.