AtoZ Markets – Is one person able to rock the entire cryptocurrency market? Moreover, cryptocurrency investing is not his main activity. Yes, but only if we are talking about Elon Musk.

Such a person hardly needs any additional introductions. He is a successful engineer, inventor and entrepreneur, owner of SpaceX and Tesla corporations, but what is even more interesting, though it is not emphasized by most media, that he is one of the largest crypto whales in the world. Undoubtedly, he sees the future in cryptocurrency, incredible growth, and profit potential, and otherwise, he would hardly invest billions of dollars in buying BTC, ETH and DOGE.

If you want to make money buying and selling cryptocurrencies just like Elon Musk, you can get the best trading conditions with Exness right now. Don't risk your money, trust a reliable and proven broker with which hundreds of thousands of people around the world are cooperating.

How did Elon Musk's love for cryptocurrencies begin?

If we believe the statement of Elon Musk himself, which he made a couple of years ago, the first bitcoins appeared on his wallet thanks to his friend, who kindly sent it to him. The amount was very modest, only 0.25 BTC.

After a while, almost every tweet from the head of Tesla was dedicated to cryptocurrencies and it became obvious to many that this was not just a simple interest in blockchain technology or cryptocurrencies as a financial instrument.

Not long ago, speaking at The B Word conference, he admitted that he owns three cryptocurrencies – BTC, ETH, DOGE. At the same time, it is the last asset that is most often written in his favorites. There is a reason for that, if Elon Musk often made fun of Bitcoin owners, and called Ethereum a "scam", causing outrage of Vitalik Buterin, but DOGE he always expressed his support. 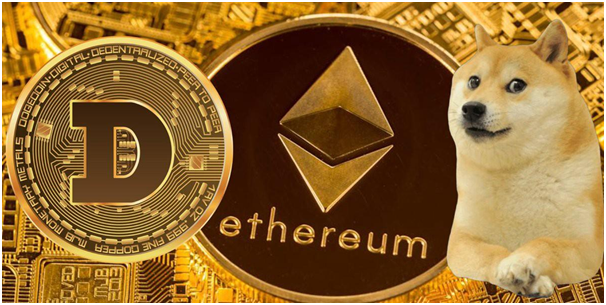 The apogee of this support was the billionaire's statement that DOGE will become the leading cryptocurrency in the near future.

Want to trade Cryptocurrencies with with a reliable broker? Open a live account with AtoZ Markets approved crypto exchanges:

One tweet by Musk and the cryptocurrency market is over

Of course, that's not true. Still, it doesn't take a genius to guess just how big of an influence Elon Musk has on all cryptocurrencies.

Here are just a few examples:

This is especially evident in DOGE, which rose 10,000% in the past year. Were it not for Tesla's head, who in one of his last tweets said that SpaceX was planning a "DOGE-1 mission to the moon", it is unlikely that a cryptocurrency that was created as a joke could even dream of such prospects.

Still, you don't have to be naive to believe that Elon Musk blindly believes in DOGE. This is a very smart and calculating cryptocurrency whale who keeps his main savings in bitcoins and skillfully manipulates the market, raising bitcoin prices to the highs and partially discounting them, earning billions of dollars. Next comes a tweet against BTC, the price of the asset falls and Elon Musk is ready to buy it.

And we can only guess how long this impact will last, and how long the cryptocurrency community will listen to Musk's tweets.