Get VIP Trading Signals Market Watch
Trade Now Your capital is at risk.
Squid Game price today is on the rise despite the warning that the activities of the crypto project resemble the Pump & Dump scheme and can be attributed to fraud.


The price of the SQUID token, launched based on the popular Netflix series Squid Game, is on the rise again, despite the inoperative website and social media accounts, as well as warnings about a possible scam of the project. 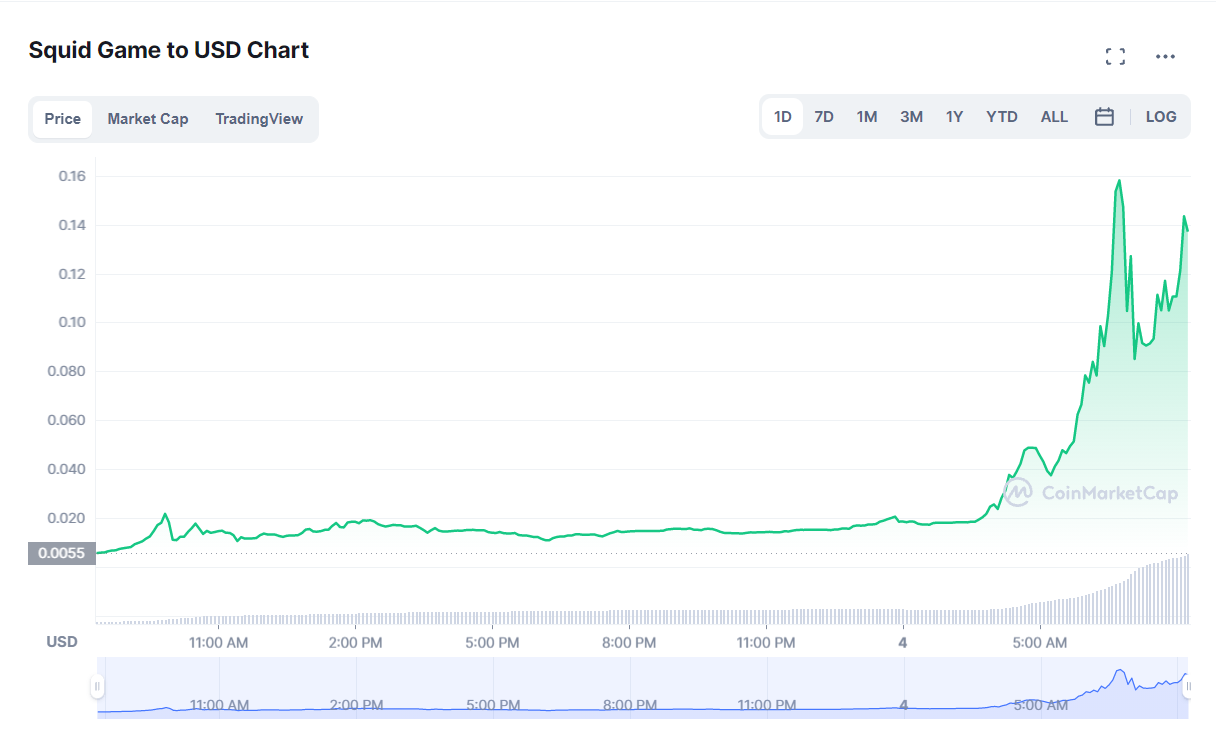 Recall that after the launch of SQUID, prices soared sharply, but even then investors complained that they could not sell tokens on the PancakeSwap platform.

The SQUID was released on the exchange-developed Binance Smart Chain blockchain and traded on the PancakeSwap decentralized exchange.

The Binance exchange is now investigating the activities of the Squid Game crypto project in a bid to recover the assets of investors and to transfer the results of the investigation to law enforcement agencies" in the appropriate jurisdiction," representatives of the company told Barrons.

Binance acknowledged that the Squid Game activity resembles a pump-and-dump scheme and can be classified as a scam.

"Such fraudulent projects have become widespread in the space of decentralized finance," - added a representative of the exchange.

Binance also said it has frozen and blacklisted addresses associated with the SQUID launch. In addition, the exchange used blockchain analytics tools to "identify intruders." According to Binance, the organizers of the project launder the appropriated assets through mixers.

“Our security team is currently tracking these funds,” the company said.

According to many analysts, there was a so-called rug pull. Gizmodo estimates that the Squid Game organizers could have embezzled about $3.3 million in user funds. Their identities remain unknown.