Get VIP Trading Signals Market Watch
Trade Now Your capital is at risk.
Meta, the parent company of the world's biggest social media network, Facebook, is planning to develop its own cryptocurrencies and virtual tokens for its suite of products.

It has been clear to everyone where the journey is headed since the renaming of the parent company from Mark Zuckerberg's Facebook to "Meta Platforms" (Meta for short). The aim is to enter the worlds of the Metaverse. The race to participate in the Metaverse has long been on and for purely digital companies like Facebook and the sisters under the Meta umbrella like Instagram, WhatsApp and Co., it is essential to be in a leading position.

For example, we’re making sure avatars can represent a wide range of human skin tones and facial features. And we’re building devices that let people with different physical abilities play the same game.

Back in 2019, Marc Zuckerberg announced the development of his own digital means of payment, the Diem stablecoin. After a number of setbacks and problems, especially with regard to the applicable regulators, the Diem project was abandoned at the beginning of 2022. All previous developments as well as the intellectual property and rights to the Diem stablecoin were sold by Meta to the cryptocurrency specialist bank "Silvergate".

But what actually is the metaverse?

The term "Metaverse" comes from the 1992 science fiction novel "Snow Crash" by Neal Stephenson. In the novel, a virtual world is described as the successor to the Internet, in which people act as avatars in a virtual three-dimensional space.

Put simply, the Metaverse is a vision for a shared online world, merging the virtual world with augmented realities, cyberspace, and the physical world. In this shared digital space, there are no boundaries between the virtual and real worlds, everything merges together.

The users of the metaverse create a digital identity (avatar) and thus move in a common virtual world. It is also traded, bought and sold in this world. For example, the avatars of artists in the Metaverse create digital works of art, which are also sold there. Paid with cryptocurrency, which can ultimately be converted into real money. And the digital works of art can also be taken over into the real world through printing or 3D printing, and thanks to digital signatures using NFT, they can also be accompanied by a certificate of authenticity, making them usable for collectors and investors.

You can now use your 3D avatar across Quest, Facebook, Instagram and Messenger. We’re also adding new facial shapes, skin tones, hearing aids and wheelchairs. And if you’re an NFL fan, you can suit up your avatar with new shirts for #SuperBowlLVI! 🏈https://t.co/Oje1mxtjrK pic.twitter.com/pRLVI99alV

Many IT experts, analysts and tech companies see the Metaverse as a very important marketplace for the future. So does Mark Zuckerberg, who wants to enter the Metaverse with all of his Meta Group companies.

What is a stablecoin?

Stablecoins are digital currencies that are pegged to the value of a specific asset outside of the crypto world. Such assets can be fiat currencies such as US dollars, euros, or others, or commodities and precious metals such as gold, diamonds, or similar. 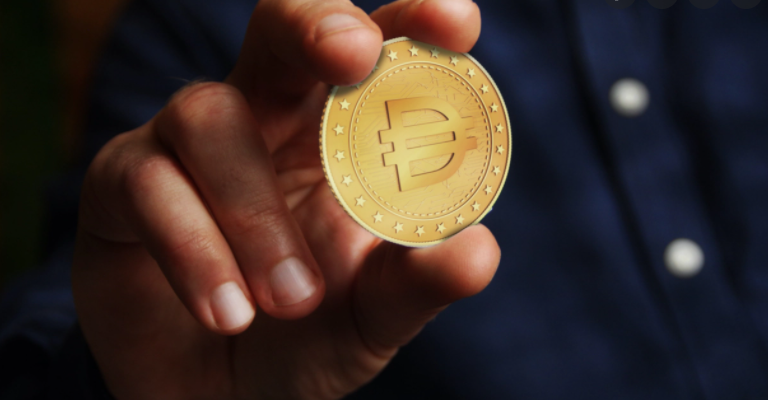 DAI is one of the most popular stablecoins and is based on the Ethereum Blockchain.

In connection with Metaverse and Web3 content on trading in the digital world, the term "NFT" is used again and again. NFT stands for "Non-Fungible Token". And a token is proof of ownership in the digital world of cryptocurrencies and blockchain networks. So, an NFT is a non-exchangeable proof of ownership in the crypto world, a title deed or certificate of authenticity, so to speak.

These clear proofs of ownership are important for commerce in the virtual world of the Metaverse. Without this, digital products could simply be copied and thus duplicated, which would make these digital items unattractive for retailers. No art collector would pay anything for a digital work of art if it could be copied indefinitely. The "uniqueness" and the claim to ownership must be clearly secured, only then can action be taken.

Your own meta token

A separate token is still desired for trading in the metaverse of meta. But after the problems with the Diem stablecoin, an easier way is probably being taken to get started. As can be heard from the development circles of Meta, the least regulated path to a proprietary token is being sought. This can be a way without a dedicated blockchain network behind Meta's new token.

Sometimes speed is more important than perfection. Meta is now planning the path of least effort for its first own token in order to save time. After the Diem stablecoin project had not made any significant progress for over 2 years, Mark Zuckerberg pulled the ripcord and the project was discontinued and sold at the beginning of 2022.

However, this does not change the basic plan of wanting to launch your own digital currency for trading and payments in the Meta Metaverse. Now we are looking for the easiest and fastest way. And it is very likely that this one will be found and quickly walked on.

I can well imagine that further expansion stages and extensions of this "meta coin" will be worked on in the background. And in the end maybe a fully-fledged cryptocurrency will be built in the form of a stablecoin based on its own blockchain.

But now it's time not to waste any more time and to take the next step on the way to your own Meta Metaverse, so that money can also be earned there.