Bitcoin is down 20% from an all-time high and hit a monthly low of $53,569 during the past week. Nevertheless, the current correction has become the most moderate of all that we have seen this year, this was the conclusion reached by analysts at Glassnode.

The declines in January, February, April, and September reached 25 to 30% before Bitcoin turned to new highs. The deepest correction occurred between May and July when the BTC price dropped 54%. 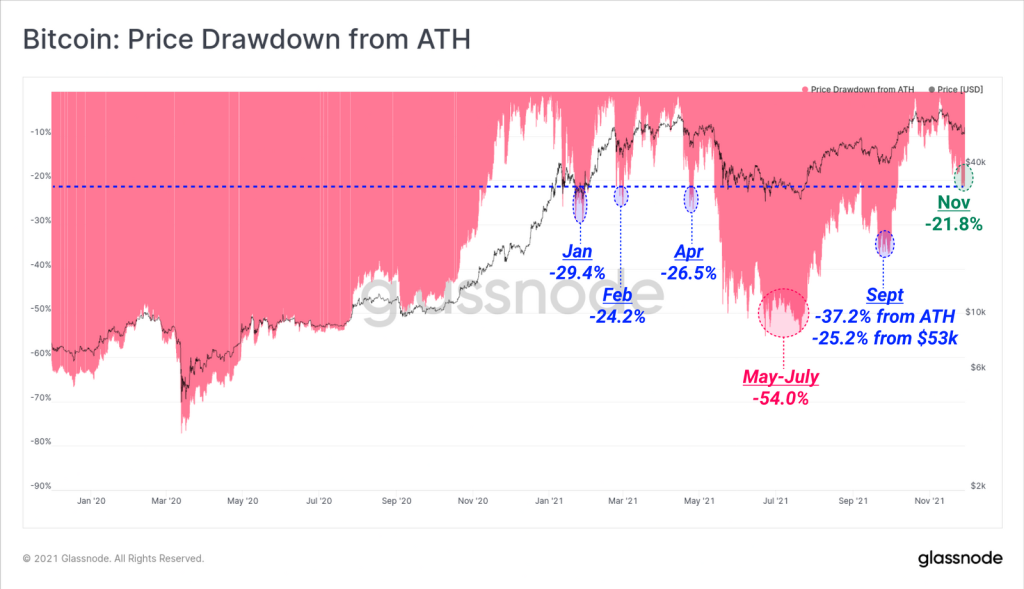 Open interest in the options market traded between $12 billion and $14 billion in October and November until it dropped to $10 billion after expiration on November 26. 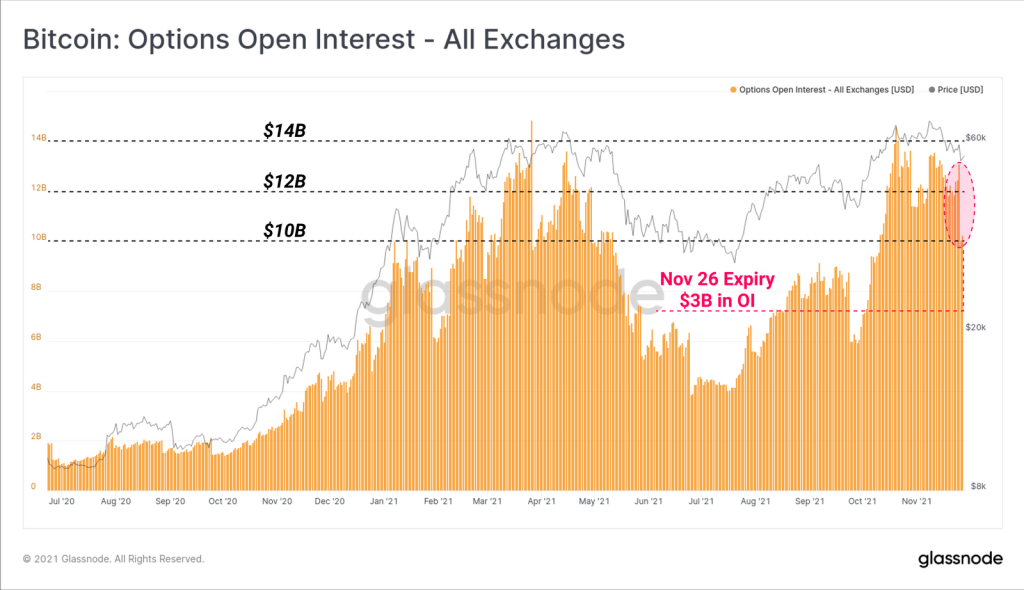 Open interest in futures is also close to the absolute highs and is over 400,000 BTC. The recalculation of positions in BTC allows you to eliminate the influence of the value of the cryptocurrency and better reflect the periods of increase or decrease in leverage.

The chart below shows long and short squeezes when open interest declined sharply as a result of massive liquidations. 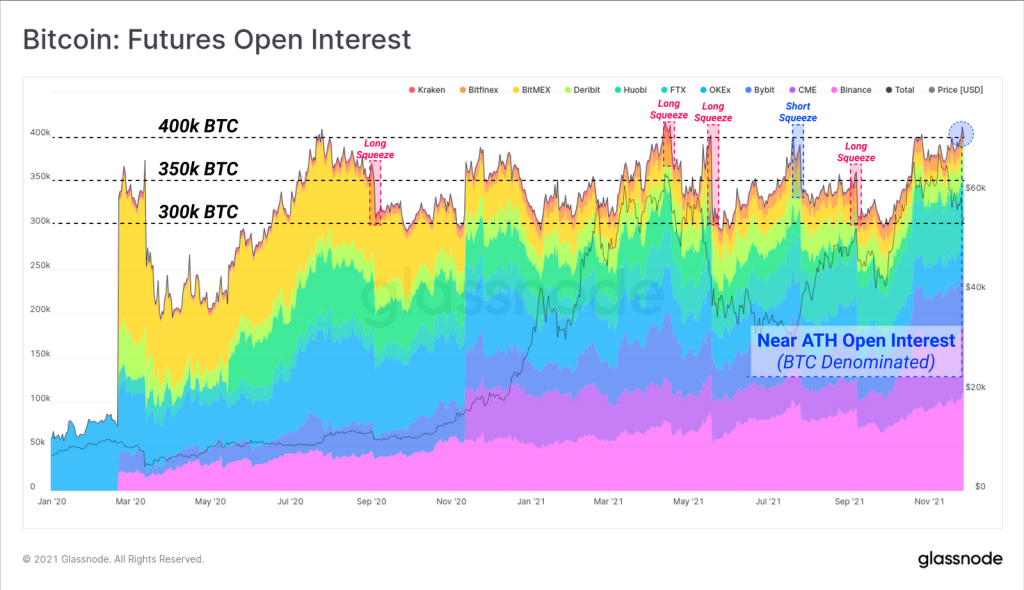 "Since the leverage in the futures markets is at all-time highs, there is a risk of a squeeze, as happened in almost all previous cases, when open interest exceeded 350,000 BTC," analysts at Glassnode warn.

In the current situation, the leverage is distributed almost equally between holders of short and long positions, which makes it difficult to predict the likely direction of movement. Funding rates for perpetual contracts indicate a slight bullish bias. They declined along with the rate, indicating that traders are beginning to be cautious during the correction.

“Although the funding rates remain positive, the decline was quite significant, so the possibility that a significant part of the market took short positions cannot be ruled out. Thus, the likelihood of a squeeze in either direction is not excluded,” the report says.

It is also noteworthy that after the launch of Bitcoin futures ETFs in the United States, the share of the Chicago Mercantile Exchange (CME) has sharply increased. CME's open interest now accounts for 19.3% of the total market, while at the beginning of September it was equal to 10%. The share of CME trading volumes during the same period rose from 1.4% to 6%. In addition, blockchain data indicates that a significant amount of coins at the disposal of short-term holders was purchased at an average rate of about $ 53,000. Subsequently, this level acted as support. A similar situation was observed in 2017 when the market tested the purchase levels of bitcoin by short-term holders several times and stably held above it. Investors who bought Bitcoin at the highs tend to lock in losses around the lows of the bull market. The market usually fails to bounce off the bottom until this category gets rid of its assets, Glassnode notes. The volume of their realized losses now stands at about $800 million a day, similar to what it was in April and July, but significantly less than in May. This indicates the exit of a significant part of the holders who bought bitcoin at the highs, but the likelihood of further sales cannot be ruled out, analysts say. Maintaining support around $53,000 is key to continuing the bullish trend, they add.