Tesla's most recent earnings report revealed an impairment charge of $170 million against the value of its bitcoin assets. The electric car maker also noted a profit of $64 million from the sale of some of its Bitcoin.

According to a report by the BBC, Tesla has sold most of its Bitcoin assets, valued at around $2 billion at the end of last year. The company is now retreating as the value of Bitcoin has dropped.

In 2021, Tesla shocked the world by spending over a billion dollars on Bitcoin. The company then announced that it would accept cryptocurrency payments for its electric cars.

It was a surprise since carmakers typically don't put a lot of cash into speculative assets. However, it was also not surprising given that Tesla CEO Elon Musk has been one of the most prominent individuals in the cryptocurrency world.

Tesla backs out from accepting Bitcoin

At the time, accepting payments for Tesla's electric cars through cryptocurrencies seemed like a poor idea. First, it seems strange that a company that makes electric cars would accept a currency that costs tremendous energy, especially since Bitcoin mining requires more electricity than Switzerland.

Tesla then decided to back out of the plan and allow customers to pay for the new Model 3 with Bitcoin after Musk revealed that the cryptocurrency consumes a lot of energy.

Secondly, Bitcoin was not ideal for Tesla's business model, as it would make the company's operations more capital-intensive. Tesla could have used the $1.5 billion it had saved to improve its operations.

In its latest letter to shareholders, Tesla revealed that it had converted about 75 percent of its Bitcoin holdings to cash. According to Musk, it was important for Tesla to have a strong cash position because of the potential impact of China's COVID lockdowns.

"The reason we sold a bunch of our bitcoin holdings was that we were uncertain as to when the COVID lockdowns in China would alleviate so it was important for us to maximize our cash position." Musk said.

Tesla sold about $936 million worth of Bitcoin last week to boost its cash position following the company's decision to close its factory in Shanghai. The sale represents about 75% of the company's $1.5 billion cryptocurrency stash. Tesla did not provide details about the exact time it sold its bitcoins.

As a general principle, for those looking for advice from this thread, it is generally better to own physical things like a home or stock in companies you think make good products, than dollars when inflation is high.

I still own & won’t sell my Bitcoin, Ethereum or Doge fwiw.

Despite the sale of Bitcoin, Tesla's free cash flow was not significantly impacted by the company's decision to exit the cryptocurrency. The difference between the company's capital expenditures and funds from operations was $621 million, and the reduction in free cash flow during the first quarter was mainly due to the Shanghai lockdown.

It's not surprising that many companies that Tesla does business with want to pay in US dollars. Having a lot of Bitcoin on their balance sheet is not very useful, especially when its value keeps declining.

Tesla bought Bitcoin at a price of around $35,000. It then peaked at around $61,000 in October 2021. Bitcoin has lost about two-thirds of its value since October. This means that Tesla could have used the cash it had saved to purchase various goods and services, such as building cars.

It's hard to see how this decision would be considered an endorsement of Bitcoin. Besides its volatile nature, it's also unclear why businesses would want to convert fiat money into something more speculative. 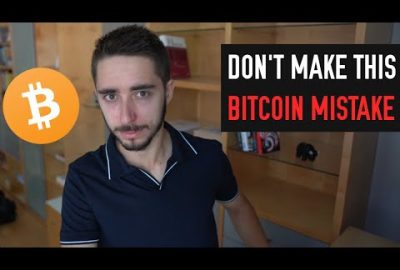