Earlier this month, Putin met Ethereum founder to create Russian Digital Currency. Meanwhile, cryptocurrencies have even made their way to TV programs. Following the trend, we continue our series of cryptocurrency educational research and comments with the Ripple and Bitcoin comparison. What are the key differences between Bitcoin and other cryptocurrencies?

Today, I am ready to present you my Ripple and Bitcoin comparison details. However, I am also looking for experienced investors' comments as well.

These days, you can see many articles about 700+ cryptocurrencies. Where one can be perfectly aware of blockchain technology and cryptocurrencies, many people will have a number of questions starting with what is cryptocurrency?! If you consider yourself in the latter group, don’t worry! We are here to clarify things for you.

As I continue the series of my educational articles about top cryptocurrencies, today we will talk about Ripple and Bitcoin comparison.

Key Difference between Bitcoin and Ripple

The key difference between Bitcoin and Ripple is their initial purpose. At the beginning of cryptocurrency era, Bitcoin was intended to serve as the very first peer-to-peer cryptocurrency protocol. On the other hand, Ripple was created to be a payment system, remittance network, and currency exchange. Ultimately, Ripple has built its network that includes its own cryptocurrency Ripple, or XRP.

How do you use Bitcoin?

As mentioned before, Bitcoin is a kind of peer-to-peer cryptocurrency protocol. It was launched by Satoshi Nakamoto on January 3, 2009. Since its creation, Bitcoin has come a long way – today Bitcoin value exceeds any of the fiat currencies. Even though Bitcoin prices dropped earlier on 15th June, it managed to climb back to the $2,680 level, up more than 20 percent. As of now, the cryptocurrency is trading at $2,576. 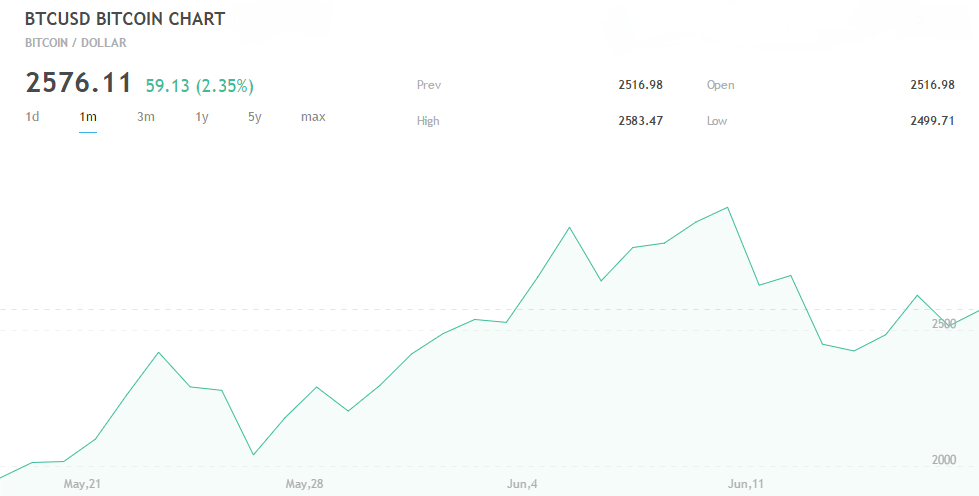 Is Ripple a cryptocurrency?

Bitcoin is the mother of cryptocurrencies, this is how most people know it. Meanwhile, there is somewhat a controversy in relation to Ripple’s digital currency status. Initially, Ripple’s key function was to enable secure, instant and almost free global financial transactions of any size with no fees involved.

The transactions are intended to apply to any type of asset, whether it is digital currency, fiat money, or commodities. Ultimately, the system has created its own network to include the custom cryptocurrency called Ripples. As of now, Ripple’s price stands at $0.2836.

Interesting fact is that actually Ripple is older than Bitcoin. Ripple project has its roots going back to 2004. That time, Ryan Fugger has thought of an idea of creating a payment network and distributed exchange. Ripple as currency was established in February 2013 by OpenCoin Inc. We discussed the creation of Ripple in our article about 9 Simple Ripple coin digital currency facts.

Where both Bitcoin and Ripple are cryptocurrencies, there are definitely some differences between the two. Let's summarize them.

Bitcoins are created through mining by the users. Ripple creators have already created 100 billion Ripples for the release. Out of these 100 billion Ripples, 55 billion will be distributed to charitable organizations, users, and strategic partners.

In order to buy/sell Bitcoins, one has to utilize the centralized exchange, which can potentially crash. With Ripple, you can buy or sell XRP on its own secure network.

Bear in mind, that each Ripple transaction has a fee, which is eventually being destroyed. This implies that the fee is not paid to anyone. Bitcoin transaction fees, on the other hand, are paid as a reward to the miner to include a transaction in a block formation.

Ripple is able to track information of any kind, such as account balance. On the contrary, Bitcoin network only tracks the movement of Bitcoins.

Do you have something to add to our Ripple and Bitcoin comparison? Share with us in the comments section below.