AtoZMarkets – Is there actually any millenial who has never heard about at least one of the top cryptocurrencies? In the modern days, investing in digital currencies or cryptocurrencies is becoming popular by the hour. It feels like the dot com era, as everyone wants a piece of the pie. The king of all cryptocurrencies, Bitcoin, has hit another price record past weekend. On Sunday, the 11th of June, Bitcoin price has surged above $3,000 for the first time. $3000 for a bitcoin, more than twice as expensive as an ounce of gold, something that you can not see, feel or touch, but you desperately want to own!

Although, I believe that the digital currencies are just beginning, we can not rule out the famous wisdom of finance:

"What goes up will eventually come down!"

However, we can not rule out long term perspectives behind cryptocurrencies globally.  With Ethereum price forecast standing at $550 by the end of 2017, Russian authorities considering to introduce Russian Digital currency and of course market experts also look into other promising digital currencies – Ripple.

Today, we will cover key Ripple coin digital currency facts you need to know. We will cover the following points through this article:

Almost every week there is a new blockchain protocol being introduced into the market with a new ICO. So it is important to understand the difference between each cryptocurrency.

Ripple is the internet protocol that was created in 2012 by the OpenCoin CEO and CTB Chris Larsen in order to link the entire world’s financial system. While Ripple system is still in its beta version, most investors will also recognize it with its XRP digital currency name.

Ripple founders sought for finding the way to secure transfers of funds in any currency in real time. Thus they developed the Ripple protocol as a special system of frameworks that allows messages sent by one system to be decoded by another. Normally, people utilize the communication protocol on a daily basis. The usual communication protocol has two types:

However, the special Ripple transaction protocol (RTXP) is seeking to establish a series of frameworks by which separate financial systems can communication between each other. The establishment of the global financial protocol, RTXP is creating the universal set of guidelines that each financial institution could follow. The RTXP could be an alternative for each financial institution working under its own rules and regulations.

Fiat currencies traded on RTXP are only valid on a special “gateway” from which the digital currency is issued. Gateway is the particular place where fiat currency is entering and exiting the RTXP.

"Ripple gateways are as if they are traditional commercial banks in the real financial system."

However, the gateway could be any business that is providing access to RTXP. This includes banks, marketplaces, money service businesses, and any other financial institutions that are offering services of accepting cash deposits, accepting users’ withdrawals on demand and issuing balances into users’ accounts.

These are some of the popular Ripple protocol gateways:

Gateways are the essential part of Ripple system. They enable funds to enter the system and becoming exchangeable outside of it. Additionally, gateways allow currency exchanges and transfers for users. These gateways support funds that enter the RTXP. Each currency on Ripple system possesses its own issuing gateway. While there are many, some of the successful examples include the following:

The system is guaranteeing that gateways are only required to support the amount of currency that they confirmed for issuance. This implies that the gateways are unable to back the full amount of a certain currency type available on the RTXP.

Ripple advantage #1: Ripple is scalable! The system is capable of handling 1,000 transactions per second, 24/7. Ripple can scale to handle the same throughput as Visa. 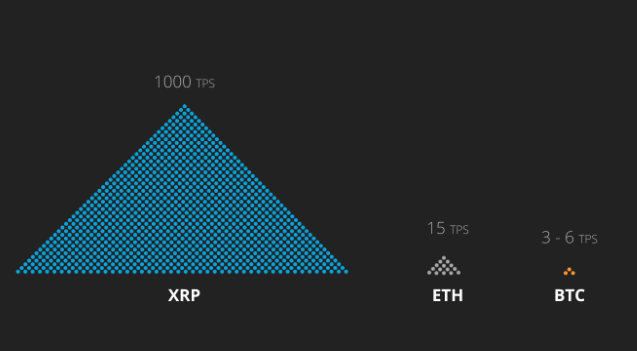 Ripple advantage #2: Ripple is fast – the system is settling the transaction in 4 seconds. 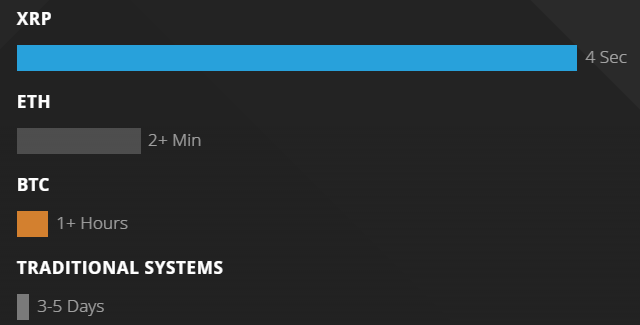 Ripple advantage #3: XRP is stable. Ripple’s five-year track record of stable technology and governance is a proof that Ripple is stable. 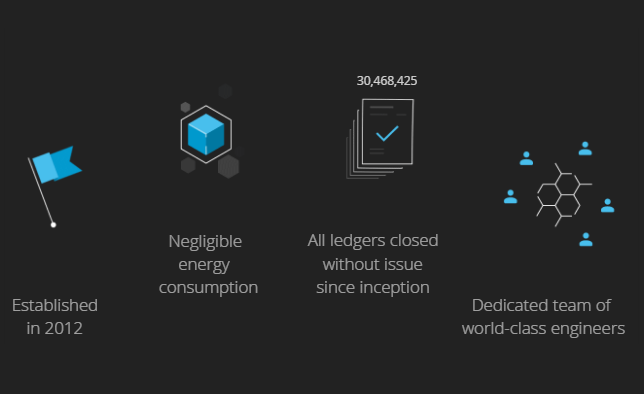 Despite all of the great advantages provided by RTXP, users must exercise caution, while carrying out the operation within the Ripple system.

"By exchanging the fiat currency to Ripple via a gateway, you are exposed to the counterparty risk."

Moreover, by holding balances with a certain gateway, users are at risk of losing the value of the balances in case the gateway declines to back the balance. Remember, the balance is nothing more than a gateway’s promise to pay back its liability. Thus, Ripple system users are recommended to only hold balances at creditworthy gateways.

The RTXP is relying on a consensus algorithm in order to track accounts and the balances associated with them. The ledger is constantly updated by the RTXP so that the identical ledger exists on thousands of servers globally. The ledger can be viewed by anyone at any point of time.

Ripple protocol is reaching consensus around the world within a matter of seconds after changes are entered into the system. The consensus process is ensuring secure, fast, and decentralized transaction arrangement on the RTXP.

According to the company behind Ripple, they strive for the free flow of money. The creators outline the key purpose of Ripple as the decentralized digital currency approach “for money what the Internet did for all other forms of information.”

The chief cryptographer of Ripple, David Schwartz once commented the following:

“Payment systems today are where the email was in the early ‘80s. Every provider built their own system for their customers and if people used different systems they couldn’t easily interact with each other. Ripple is designed to connect different payment systems together.”

#6 Difference between Ripple and Bitcoin

Ripple and Bitcoin are not competitors by their nature. Additionally, in many ways:

However, the positioning of these two currencies differs. Ripple is designed to provide stress-free transfer of any form of currency, even Bitcoin. Thus, Ripple can be seen as a complementary unit for Bitcoin. The senior developer for the Ripple protocols Stephen Thomas sees Ripple as a bridge for Bitcoin:

“Ripple will open up many more gateways for Bitcoin users and easier ways to bridge bitcoin with the mainstream world of finance.”

#7 How can Bitcoin users benefit from Ripple?

Ripple is offering Bitcoin more ways to link with those that use other forms of currency. In addition, Ripple is able to provide superior stability and speedy transactions.

In fact, Ripple does not depend on any company for managing and securing the transaction database. Thus, transaction confirmations can go through the system fast.

#8 How many Ripples are there?

Moving on to the next point of out Ripple coin digital currency facts list, it is worth recapping that the supply of Ripple is limited. The company is planning to create 100 billion ripples, where half of them will be released for the circulation. The company plans to retain another half.

Do you know any other Ripple coin digital currency facts? Let us know in the comments section below.