Get VIP Trading Signals Market Watch
Trade Now Your capital is at risk.
London FX volume dropped in April 2020 from October 2019, according to the FXJSC turnover survey conducted by Bank of England.

11 August 2020 | AtoZ Markets – The Bank of England (BOE) announced the key results of its April 2020 foreign exchange joint standing committee (FXJSC) turnover survey. The April survey covered the coronavirus panic peak when liquidity shrank in most markets. Twenty-eight financial institutions operating in the UK foreign exchange market participated in the survey, conducted twice a year by the Central Bank of England in spring and autumn. 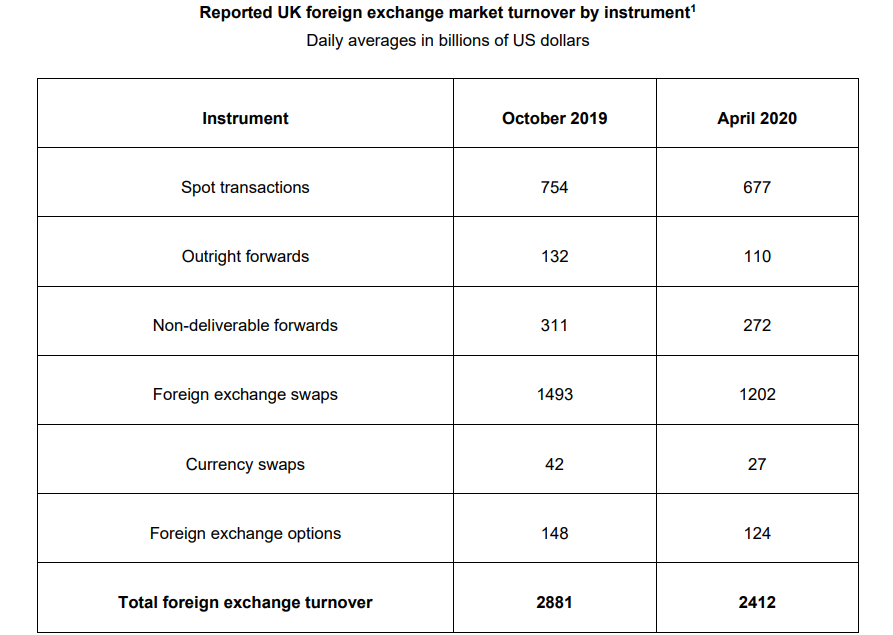 UK FX swaps and currency swaps had the highest relative decline, with daily trading volumes down 20% and 37%, respectively. However, compared to the previous year, swap trading volume increased by 5%.