Get VIP Trading Signals Market Watch
Trade Now Your capital is at risk.
Is the NFT market collapsing? A study by NFT market analysis platform Nonfungible claims that the entire NFT market is on the verge of collapse. They came to this conclusion because there has been a 92 percent drop in NFT sales since September 2021.

At the moment there are almost overflowing reports that speak of a collapse of the NFT market.

How surprising these reports are especially if you only look at the last four weeks. AtoZ Markets has previously reported that the growth figures of the NFT market significantly exceed the development of cryptocurrencies in value. But now everything seems different.

Slump in the NFT market inevitable

It is not surprising that there can be slumps in the NFT market. After all, all financial and asset values ​​are currently under some pressure due to high inflation in Europe and the USA.

This is being fueled more and more by the pandemic and the Ukraine war. But if you take a closer look at the figures from the NFT market, a different picture emerges with regard to current reporting.

Despite weaknesses, the NFT market is robust

The current reporting was triggered by an article in the Wall Street Journal. Citing data from the NFT market analysis platform Nonfungible, this article concludes that there has been a 92 percent decline in NFT sales since September 2021.

Active wallets from the Ethereum NFT market have also declined by around 88 percent, according to Nonfungible. 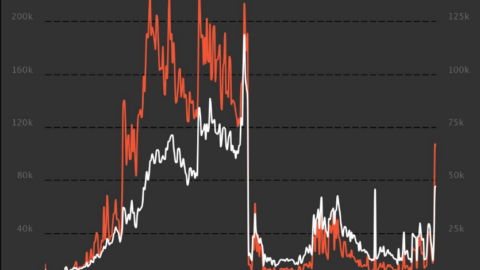 Development of the NFT curves since September 2021

Both references read frighteningly. But you have to see the starting position. In September 2021, it was at an all-time high, a record NFT sales.

But that's not the only weakness in the report from the NFT market analysis platform Nonfungible. Even if there have been declines, the NFT market is currently proving to be very robust.

This is also indicated by the figures from OpenSea, currently the largest NFT marketplace. Just in the last few days since May 1st, there has been sales worth around 550 million euros.

This is also supported by the Solana NFT project Okay Bears. Although sales here were lower than compared to OpenSea, they still reached around 47 million dollars in the same period.

The different trading numbers also indicate that the NFT market analysis platform Nonfungible has not considered all transaction numbers. Which is also not irrelevant in terms of the outcome of whether the NFT market is doing well or badly.

Growth rates of up to 81 percent

The individual NFT projects also show that the NFT market is robust overall. If you take a closer look at the NFT projects that are particularly popular, growth rates of up to 81 percent were recorded here.

Elsewhere in the NFT market, primarily arts and gaming, there have been declines ranging from 39 percent to 49 percent.

And even with these numbers, a scrutinizing look helps to be able to classify them correctly in the end. In the gaming sector, the P2E game Axie Infinity had a trading volume of 40 million dollars in November 2021. It reached an all-time high.

This trend continues: BAYC, Azuki, CloneX, Doodles & now Moonbirds separating themselves from everyone else.

I've talked about large-caps outperforming, but it's really the top-5 projects driving all the gains. pic.twitter.com/UsUlwHMJ9M

If you look at the development now, there is not much left of Axie Infinity and the 40 million US dollars. It's now only worth $500,000.

Declines of 39 percent quickly add up when a good 39,500 million dollars are gone in just one game within a few months.

The development of the individual NFT projects and the value stability are therefore significantly different. And there are weaknesses in value stability for another reason.

Value stability issues are most evident in some art and gaming projects, which have fallen in value by as much as 41%, and some digital real estate.

The @WSJ just published an article claiming that NFT transactions are flatlining, which appears to be totally based on incorrect data from https://t.co/LFpkjZGBiI (compare with on-chain @DuneAnalytics data). Did no one bother to check primary sources? Also why not $ volume? pic.twitter.com/WRBw1eChaz

Here especially with Decentraland or Sandbox, which can hardly be assessed realistically in terms of value. So there are a lot of uncertainties at the moment.

If you look at the message from the entrance again, you could conclude that the NFT market is collapsing.

This can be seen in the analysis in the case of another weak point, namely when individual areas cannot be reliably evaluated at all.

"There is clearly a trend right now that five or six of the top performing projects are doing significantly better while the rest are flat to declining." Excerpt from Nonfungible report.

The future is uncertain 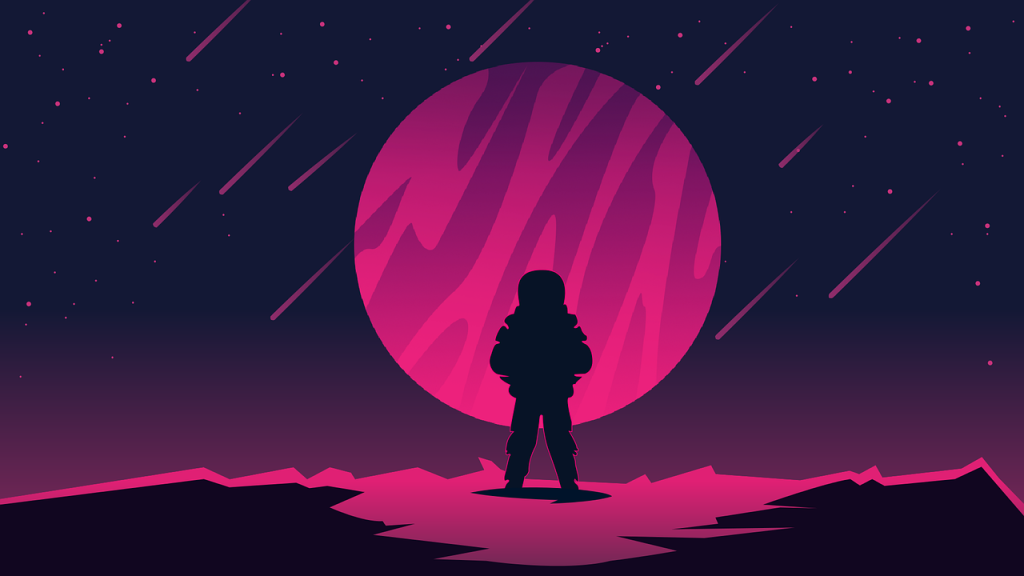 The development in the first few months of 2022 in particular shows that the NFT market cannot be said to have collapsed. Rather, it is very clear that there has been a shift and, if any, only slight declines in individual areas.

If you recall here that the NFT market was still at an all-time high in September 2021, it is still developing well.

In the current uncertain times, there must be a big question mark as to whether this will remain the case in the long term.

The longer the pandemic, the war, and the associated inflation continue and even increase, the more likely it is that a decline in the NFT market cannot be ruled out.

Read also: Could the NFT Hype End Up like the ICO Boom?

Keep an eye on the current situation

In addition, it will also depend on factors such as new developments and innovations that have to come from the artists and developers. But the industry itself must also question why the NFT market is collapsing.

The current reporting certainly does not encourage many new interested parties to invest their money in the NFT market or expand their financial commitment.

This is all the more critical when it turns out that the analysis on which the current reporting is based has significant shortcomings on numerous points.

Conclusion on the Nonfungible report

The NFT market is much more volatile than the rest of the crypto market. Large areas of the NFT market deal with collectibles from the areas of art, sports, and general collectibles, where values ​​and prices are determined by the collector's passion and taste of the day.

Just as in the real art and collectors' market, random changes in the behavior of collectors also occur in the digital counterpart. What is still coveted and expensive today can be unattractive and almost worthless tomorrow.

No one would claim that the entire art market collapses when the works of art by individual artists are no longer in demand and lose value.