Get VIP Trading Signals Market Watch
Trade Now Your capital is at risk.
How will miners, investors, and users be affected by the Ethereum London update?

August 6, 2021, | AtoZ Markets – The highly anticipated London hard fork went live on Thursday, ushering in the Ethereum Improvement Proposal (EIP) upgrade. The most notable of these is EIP-1559, which changes the way new transactions are added to the network and ultimately reduces miners' earnings.

Now, it is not users who choose commissions when sending transactions, but the network itself sets them based on the size of the previous block. The coins paid as commissions no longer go to the miners, but are "burned", that is, sent to a specialized address to which no one has access, and are actually withdrawn from circulation.

Let's look at the main implications of the upgrade for the three main groups of Ethereum network participants: miners, investors, and users. 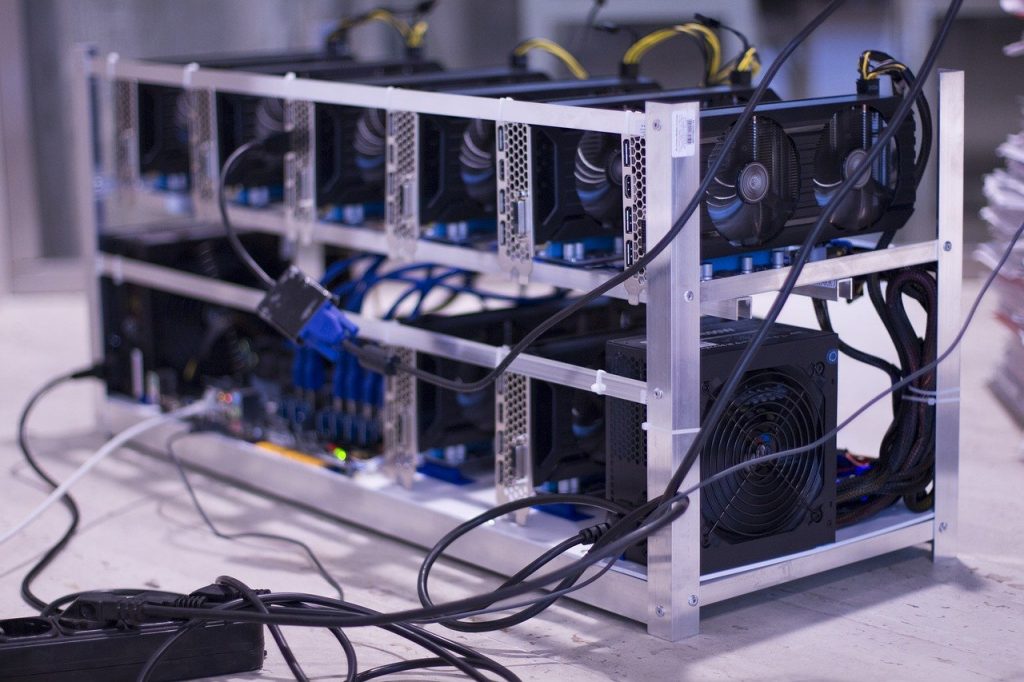 Miners will continue to receive standard rewards of 2 ETH from each block. In this case, transactions may be accompanied by an additional fee, which is paid by users who want to guarantee the fastest processing and credited to the miner's wallet. This fee is called "tip" and, unlike pre-renewal fees, in most cases, it will be a token amount.

London also includes the EIP-3529 proposal, which allows block sizes to be dynamically resized to accommodate up to 1,400 ordinary transactions, that is, transactions involving a simple transfer of assets rather than calls to smart contracts, including exchanging tokens for decentralized exchanges.

The developers find the fees on the Ethereum network too volatile, which in turn negatively affects the user experience. During times of increased load, computationally intensive transactions, such as exchanging tokens for Uniswap or interacting with other services in the decentralized finance space, can cost several hundred dollars. Recent changes are aimed at mitigating this problem, but not everyone welcomes them.

Given the sharp rise in popularity of the decentralized finance space during 2020-2021, commissions at times accounted for more than half of miners' revenues. So, in July, they earned more than $1 billion, of which commissions amounted to 87%. 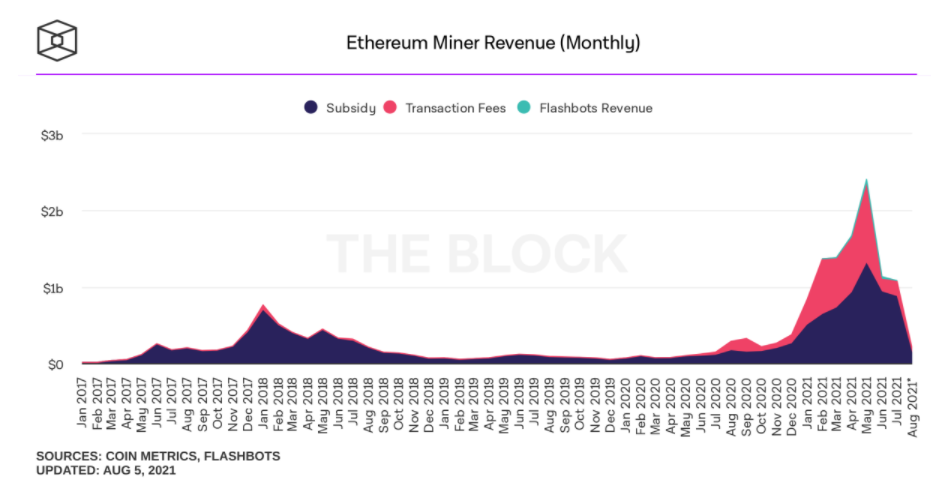 It is estimated that after the launch of London, miners' revenues will fall by 20-50%. Despite the understandable discontent, it is expected that miners will not sabotage the process, since in this case, they risk losing even those rewards that are still provided for them by the protocol.

What options do we have? - Igor Stadnik, general director of the Minerall mining pool, said in June.

"If we tell the world that we are unhappy with this proposal and continue to use the non-updated software, then we will use the old version of Ethereum. This means that another Ethereum Classic will be created. Another chain split will occur. The question is whether other big players will support him. I think no".

By the time of the hard fork, more than 20% of Ethereum nodes continued to use older versions of software. Since London is a hard fork, meaning a backward-incompatible upgrade, they were unable to join the network under the new rules. Nevertheless, as noted by Stadnik, one should not expect significant confrontation from miners and other users of old software, while mining is already living out its days and will be completely eliminated with the transition to Ethereum 2.0, which uses the Proof-of- consensus mechanism. Stake.

The latest changes cannot but welcome gamers, for whom the decrease in the attractiveness of mining means getting rid of a large category of video card consumers. This factor, however, could negatively affect the shares of manufacturers such as AMD and Nvidia.

How are investors affected? 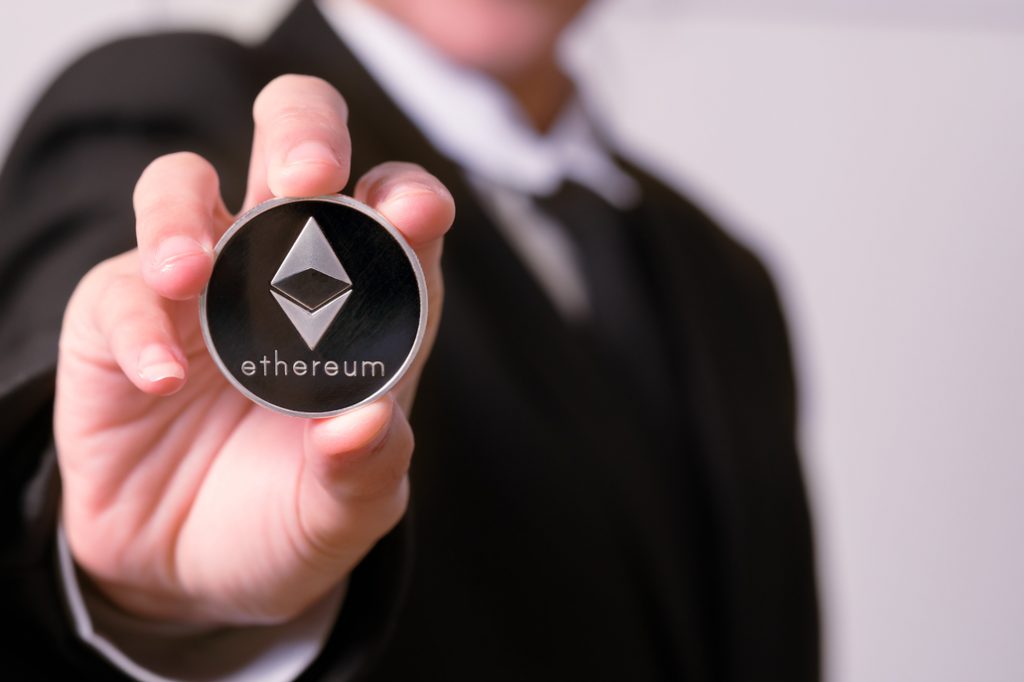 At the same time, although the annual emission of Ethereum will decrease, it cannot be said that Ether will immediately become a deflationary asset. Part of ETH is being withdrawn from circulation from today, but the specific dynamics of the coin issuance/burning ratio will depend on how actively users make transactions.

“It is difficult to predict exactly how much Ether will burn over time, given that the base fee changes dynamically according to network activity and demand for block space,” says analyst Christine Kim.

Ethereum studio ConsenSys founder Joseph Lubin claims that ether is on the verge of becoming a "super-reliable form of money":

"Now the democratization of the world decentralized financial system is in full swing. This step is the beginning of what people call super safe money. There is a limited amount of gold on the planet. The limited emission of bitcoin makes some people consider it safe money. $13 billion of air is locked in Ethereum 2.0, and $ 70 billion is in decentralized finance. We are seeing incredible demand for Ether tokens, and now we are starting to burn tokens with the launch of the London hard fork."

Ahead of yesterday's update, Ether has risen 60% in two weeks, breaking the correlation with Bitcoin, which, despite recent gains, remains in its multi-month range.

Some analysts admit that now the cryptocurrency is waiting for a period of decline, starting from the old trading principle of "buy on expectations, sell after the fact". ETH has already begun to decline after updating the local maximum at levels above $2800. At the time of writing, the ETH/USD pair is trading around $2,700.

Fairlead Strategies founder and managing partner, Katie Stockton, believes that not all is lost for the second-largest cryptocurrency.

A new rally amid oversold weekly stochastic oscillators suggests that Ether could overcome resistance at the 38.2% Fibonacci bias of around $2,724 with a target of 61.8% near $3,356," she wrote in a newsletter on Monday.

"I don't expect any directional market behavior. Renewal itself is overestimated, and what happens after it will matter."

COO and co-founder of Stack Funds Matthew Dibb compares the Ethereum update to Bitcoin halvings, which will take some time to take effect:

"We believe that in the long term, Ether will experience significant appreciation as a result of this update. However, we do not expect an immediate effect in either direction."

Delta CEO Pankaj Balani notes that market participants have taken a wait-and-see attitude, assuming that the bullish premise of London is already included in the price of the cryptocurrency:

"The update may not be a landmark event. Cryptocurrency continues to depend on bitcoin in terms of the behavior of the course in the short term."

The options market agrees with him. The 1-month expected volatility in Ether continues to fluctuate at lower levels, indicating that investors are not expecting major moves over the next four weeks. 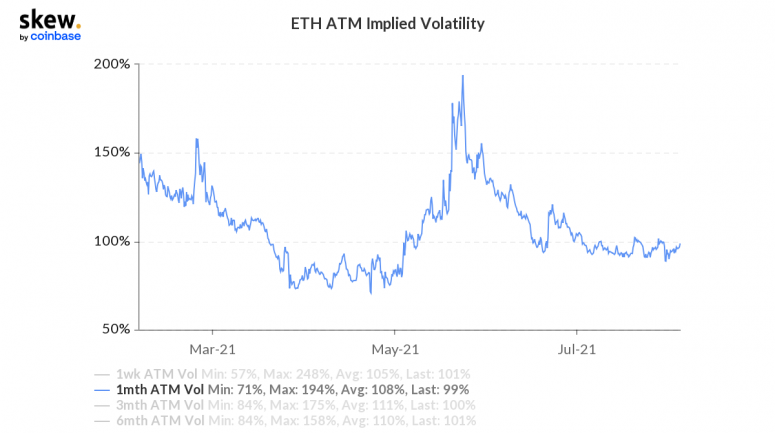 Balani admits that Ether could rise to $3,000 if Bitcoin holds $40,000 above long-term resistance.

“The combination of approaching technical resistance and renewal could indeed lead to sales after the fact,” says LMAX Digital currency strategist Joel Krueger, adding that a possible market decline is likely to be limited to the $2,000 level. 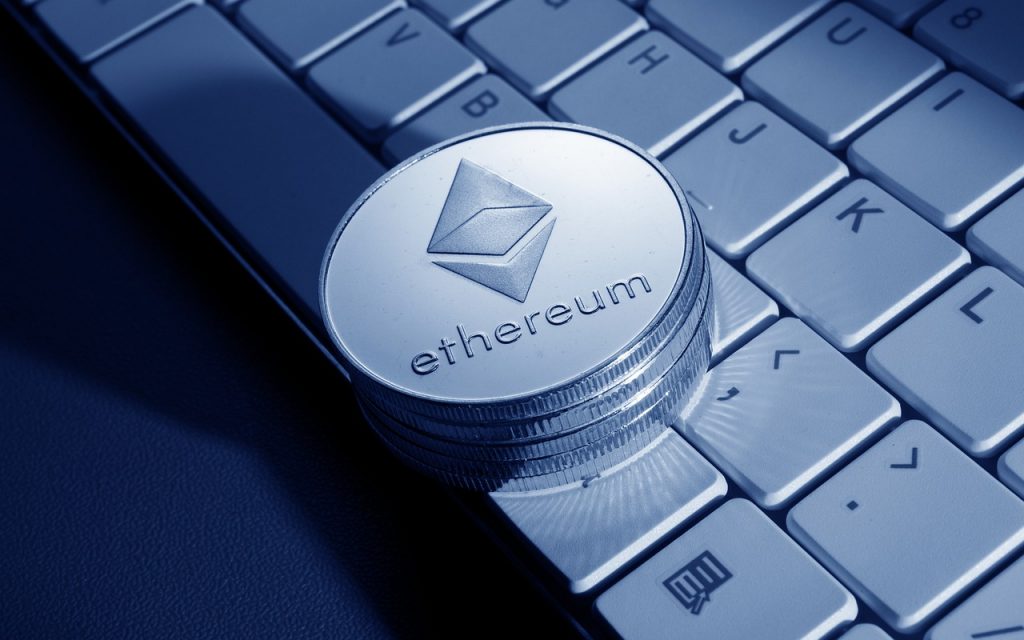 Users should not expect any special changes after Thursday's hard fork, besides the fact that they no longer have to set commissions on their own, and it will become easier for specialized services to calculate them. This, in turn, will help to avoid costly mistakes when the user selects too high a transaction processing fee, sometimes exceeding the amount of the transfer itself.

Time will tell whether EIP-1559 will help reduce commissions. Some speculate that, in practice, the proposal may fall short of expectations, and then frustrated users will go to competing networks such as Binance Smart Chain and Solana.

As with any major technical upgrade, there is always the likelihood of finding bugs that could not be identified during the testing phase. So far, Ethereum continues to operate in full accordance with expectations and has already begun to burn fees. The process can be monitored in real-time on the Etherscan blockchain explorer website.