Get VIP Trading Signals Market Watch
Trade Now Your capital is at risk.
The public interest in cryptocurrencies has increased dramatically in recent days. Hence, some people become confused about the difference between Litecoin and Bitcoin. In Litecoin vs Bitcoin, the Litecoin is faster than Bitcoin, while Bitcoin has more user acceptability. They also have differences is block reward, store of value & mining.

October 31, 2019, | AtoZ Markets:- Cryptocurrency has always been a diverging issue. Now it is very important to know the difference between Litecoin & Bitcoin. The recent debates about how regulations certainly add to the questions over its legality. However, in Litecoin vs Bitcoin, the Bitcoin is the most potential & popular cryptocurrency until now. In some cases, the Litecoin seems like “Silver” and Bitcoin as a "gold." Litecoin has a faster transaction than Bitcoin that actually has a higher market capitalization.

Bitcoin is one of the most famous cryptocurrencies that has maintained its status as the most popular.

Mr. Satoshi Nakamoto created the Bitcoin in 2009. The design of the Bitcoin was as an alternative currency that used blockchain technology to increase safety.

Bitcoin has initiated the cryptocurrency industry by allowing Bitcoin miners to add coins to the public blockchain network.  People also can buy Bitcoin exchanges, like other financial instruments purchase from Brokers or exchanges. Therefore, while Bitcoin is basically a currency that operates as a stock

Litecoin is a global, digital payment method that uses blockchain technology to transfer and trade the coin

Former Google engineer Charlie Lee, under MIT/X 11 lісеnѕеѕ, originally created Litecoin in 2011. This is a peer-to-peer cryptocurrency. Litecoin is in many ways a variation or extension on Bitcoin since the code was open for modification. Another name of Litecoin is Altcoins, due to this reason.

Litecoin uses an open-source platform to create and transfer coins. However, Litecoin uses a different blockchain, with a faster transaction or transfer speed.

Since Litecoin hit the market, its growth has been amazing. Like Bitcoins, the future of Litecoin is very questionable due to the regulations. However, these digital "coins" are starting to become more widely accepted as payment.

Litecoin vs Bitcoin: What is the Difference?

The basic structure between Litecoin and Bitcoin is mostly the same. They both rely on crypto networks, is there any difference between them?

#1 The difference in Store of Value

The valuable things are used for trade with goods and services. A store of value is something that stays valuable.

The world's most well-known store of value is gold. Another name of gold is the Safe Haven Currency. Gold has been valuable for hundreds of years in all countries. And still, it is precious to all of us. The currencies hold the same characteristic.  The currencies from economically developed countries have a stronger store of value compared to others.

Cryptocurrencies are still new in the market and not well-known as Gold. However, they are potential for future benefits.

Gold is precious because there is only a limited amount of it in the world. This means its value is predictable and reliable. This is also possible in the case of Bitcoin and Litecoin as they both have limited supplies. There is a possibility that Bitcoin would be the future safe-haven asset. There will only ever be 84 million Litecoin and 21 million Bitcoin. This means that they could both become good stores of value. 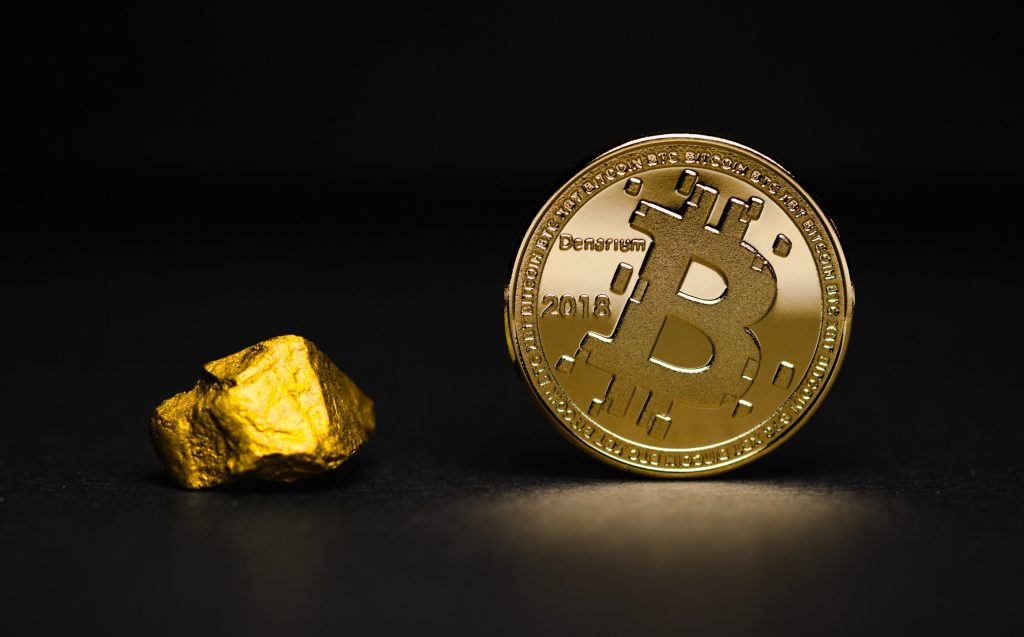 Bitcoin is the oldest and most trusted cryptocurrency comparing to the Litecoin. Bitcoin will also reach its supply limit first. Three-quarters of all Bitcoin has mined already. As a result, its value should become predictable and reliable in the near future.

#2 The difference in Coin Limits and Block Rewards

Litecoin vs Bitcoin; both have a specific coin limit. The amount awarded for discovering blocks during the mining process is also limited. The total limit for bitcoin is 21 million coins and for litecoin, the limit 84 million coins. Once the cryptocurrencies reach the coin limits, there will be no new currency.

Bitcoin blocks are mined about every 10 minutes, with about 144 blocks per day on average. In this rate, it will take approximately 4 years to halve the block. Right now, the reward for verifying a block is 25 BTC. On the next time of halving, this reward will decrease to 12.5 coins.

Bitcoin & litecoin, both are generated by mining. The main aim of creating Litecoin was to improve upon bitcoin. The Bitcoin needs 10 minutes to generate a block while Litecoin requires only 2.5 minutes. The first major difference between Bitcoin and Litecoin is proof of work algorithm. Bitcoin uses the SHA-256 hashing algorithm while the Litecoin uses the scrypt algorithm.

SHA-256 hashing algorithm involves calculations that can accelerate in parallel processing. This nature has given rise to the powerful race in ASIC technology. It has initiated an exponential increase in bitcoin’s difficulty level.

On the other hand, another name of the scrypt algorithm s-crypt, but pronounced as ‘script.’ This algorithm includes the SHA-256 algorithm. However, its calculations are more serialized than those of bitcoin.

Scrypt favors large amounts of high-speed RAM, as is known as a ‘memory hard problem.‘ The significance of using scrypt means that there has not been as much of an ‘arms race’ in Litecoin. Because there is no ASIC technology available for the Litecoin algorithm. However, some companies like Alpha Technologies are taking preorders. Litecoin mining rigs come in the form of custom PCs with multiple GPUs. These devices can handle the calculations is important for scrypt. Moreover, it has access to fast memory built into their own circuit boards.

Litecoin can confirm transactions much faster than bitcoin.

Litecoin can grip a higher volume of transactions due to its faster block generation. However, Bitcoin would require significant updates to the code to achieve the transaction speed. There are some disadvantages to having a higher volume of Block. There is a possibility of having more orphaned blocks as the Litecoin Blockchain is larger than Bitcoin’s.

The faster block time of litecoin decreases the threat of double-spending attacks. However, this is theoretical in the case of the same hashing power for both networks.

A merchant who waited for a minimum of two confirmations would only need to wait five minutes for Litecoin. On the other hand, whereas they would have to wait 10 minutes for only one confirmation with bitcoin.

Cryptocurrency has not replaced the paper printed money yet.

However, many well-known companies take Bitcoin as payment, including Expedia.com, amazon.com, KFC Canada, and Playboy. On the other hand, fewer companies accept Litecoin as payment. Moreover, some countries in Asia, Europe & America allows using Bitcoins legally.

Currently, Litecoin is not as popular as Bitcoin, but its technology might make it a better currency in the future. The speed of the Litecoin transaction is four times faster than Bitcoin. It allows Businesses and customers to start using Litecoin instead of Bitcoin. 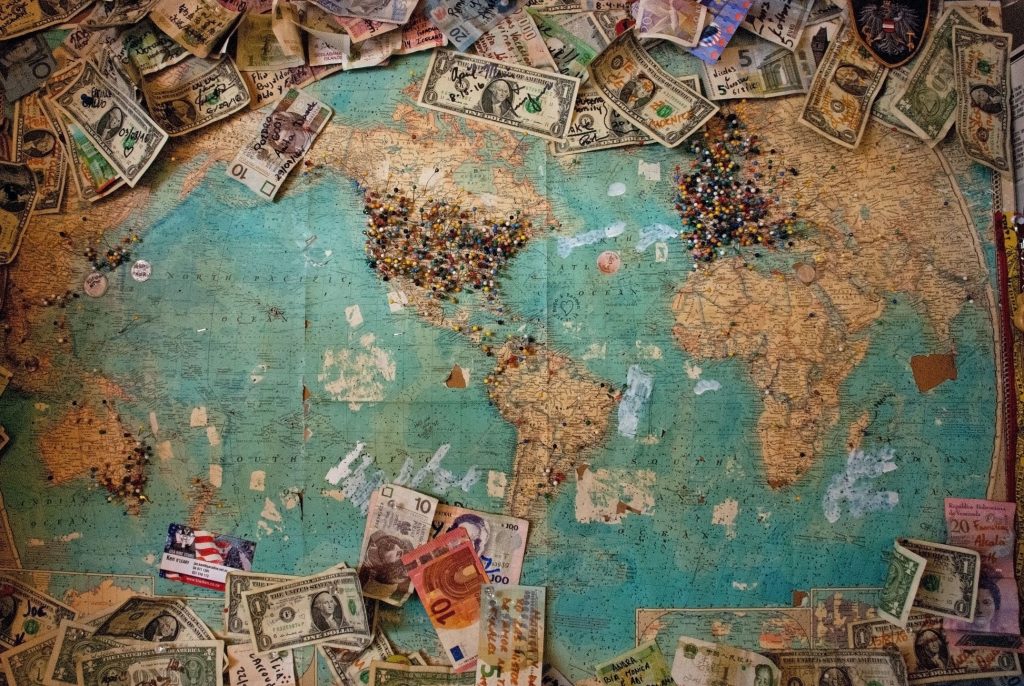 Litecoin is faster than Bitcoin, which makes it a better currency base. However, it takes 10 minutes to verify a transaction of a Bitcoin. Many people think that they have to wait 10 minutes to buy something using the Bitcoin. However, it is not essential as anyone can check the payment with a few nodes on the system. This type of transaction is called a zero-confirmation transaction. It is like spending money with a normal credit card.

In Litecoin vs Bitcoin, Bitcoin is more popular to make payments in more places. It also makes use of zero-confirmation transactions to make the transaction faster.

It is easy to forget to understand why cryptocurrencies got started. The main reason for the invention of Cryptocurrencies is to help people. Their creators wanted to take power away from the governments & Banks to return them to the mass people.

What’s your opinion on the difference between Litecoin & Bitcoin? Please share your thoughts in the comment box below.