Get VIP Trading Signals Market Watch
Trade Now Your capital is at risk.
August 16, 2021, | AtoZ Markets-The advance of the Taliban in Kabul, and concerns about the future of Afghanistan, as well as the impact on other countries in the region and their economies, appear in the current financial market landscape. Afghanistan is currently in the spotlight of all investors in the market.

The focus of the financial markets is the impact of the Afghanistan situation on Pakistan, some expert analysts have said. Pakistan currently has a large public debt and is currently dependent on a $6 billion International Monetary Fund program.

Likewise, while Afghanistan's economy is small, the country is in a delicate part of the world. Afghanistan ranks between the economic giants of South and East Asia and the oil-rich Middle East. 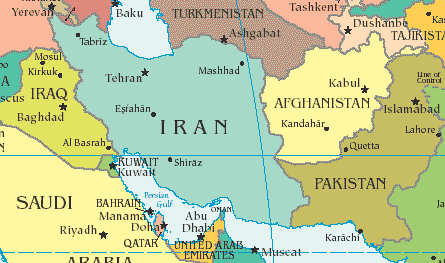 What Has the IMF Said?

"The IMF is closely watching the fast-moving situation on the ground in Afghanistan," a Fund spokesman said Friday. Adding that it was premature to speculate on the impact the security situation could have on Pakistan.

Many Afghan refugees could seek refuge in Europe, he said, following an earlier influx of migrants, mostly fleeing war or persecution in Syria, other Middle Eastern countries, and Afghanistan.

If the refugees travel through Turkey, the official said, they could help Turkish President Tayyip Erdogan in making political or financial demands on the European Union.

"This could weigh on the euro and raise Turkey's lira," the IMF official added.

Market Reaction to News from Afghanistan

In Sunday's news, Taliban fighters seized Kabul, the Afghan capital. Likewise, President Ashraf Ghani fled the country, as did the U.S. and other nations' diplomats, fearing reprisals in the new regime. The collapse of the Afghanistan government over the weekend was also on investors' minds.

At the beginning of the week, following the news about Afghanistan, the yield on the 10-year Treasury note currently stands at 1.259%. While government bond prices have been rising, and yields have been moving in the opposite direction. Historically, military conflicts do not always have a strong impact on stocks. Likewise, the influence of war depends on the context and the economic and market environments in which it takes place.

Markets are currently trying to recover from the shock caused by COVID-19.

What is certain, is that what happens in Afghanistan may affect the price of some important commodities, such as oil.

Where Are Oil Prices Headed?

Oil prices were negatively impacted by the news about China, and what is happening in Afghanistan. The price of a barrel of Brent oil today traded at $69.00, losing about - $1.57 against the previous close of the Brent price (delivery October 2021) dollars on the European ICE exchange. 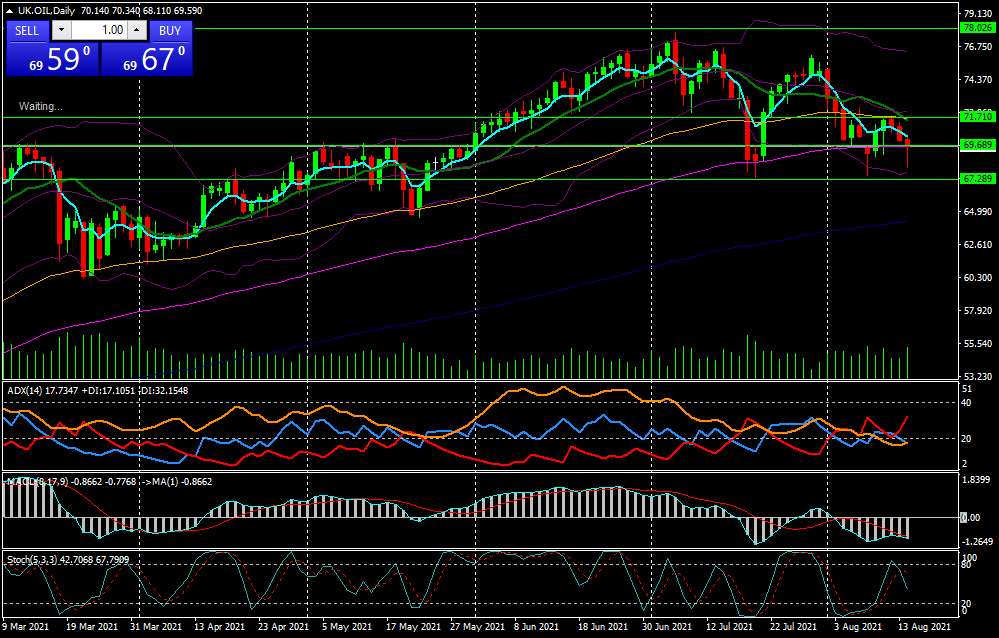 For its part, Goldman Sachs lowered its projection for the price of Brent crude to $ 75 in the third quarter of 2021 a few days ago. This is $ 5 less than your previous estimate.

The main cause is due to an increase in cases of the Delta variant of the coronavirus that has hit the demand for the raw material. 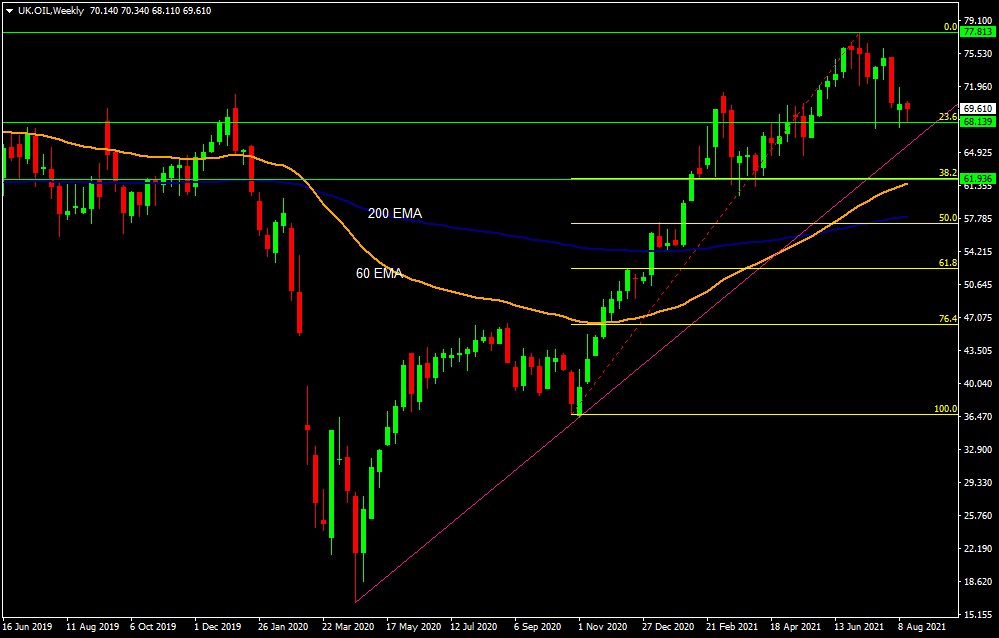 Tell us what you thought of this article. What doubts do you have about the online financial markets?