September 9, 2021, | AtoZ Markets-Polkadot is a blockchain for scalable and interleaves decentralized computing. In this article, we will examine the effect of parachain technology on the Polkadot price increase. Analysts expect the Polkadot price surge to $100.

Polkadot (DOT) is an innovative blockchain technology project, which aims to create a secure interconnection infrastructure between different blockchains. It also provides scalability and new functionalities to the blockchains.

A parachain (parallelizable chain) is a simpler form of blockchain, adhering to the security provided by a "Relay chain" rather than providing its own.

The Relay-Chain is so named because it not only provides security to the attached parachains, also provides a guarantee of secure transmission of messages between them.

Over the past month, single-layer smart contract platforms increased their market share after Ethereum's hard fork of the network in London failed to resolve the major issues of high transaction fees and network congestion.

Coinbase data shows that the price of DOT has set a new high of $31.60, with market capitalization growing 9.75%.

Currently, the price of the token sits at $30.85, but due to the good news that Polkadot has had in the last few days, the bull run looks like it is here to stay. 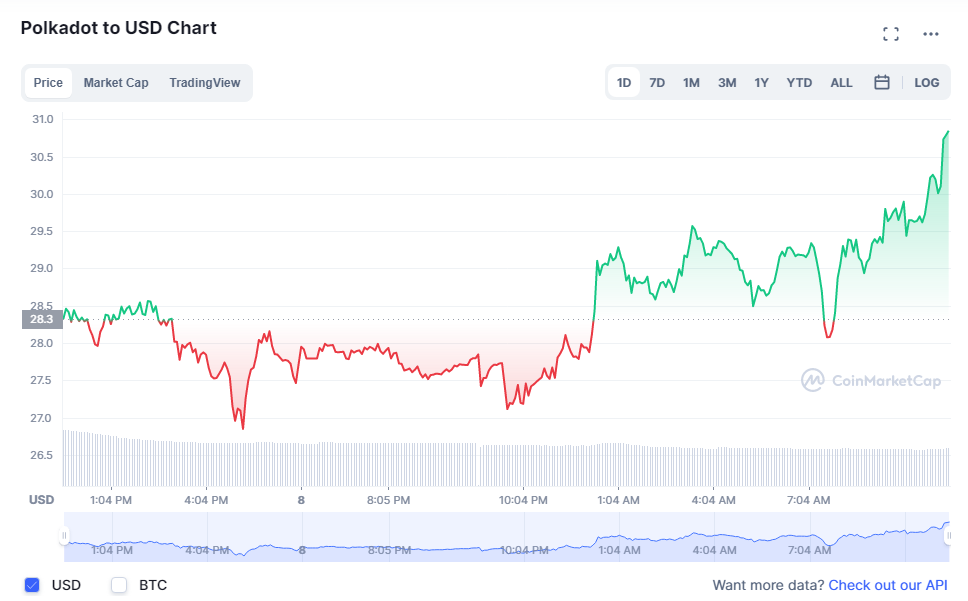 One of the biggest drivers of the Polkadot ecosystem is upcoming parachain auctions in which projects compete for community votes to get one of the limited slots available to launch on the network, Cointelegraph said in a report.

Two of the most important Blockchain associations, Kusama and Polkadot, have decided, after the success of the first auction, to start a new auction. Polkadot has started the next phase of the Parachain auction in Kusama this month.

The auction, which is open to any operator, is another opportunity for Blockchain startups to gain a stronger foundation. Plus the strongest operating infrastructure in the industry.

Also, based on the contribution figures and the total number of KSM tokens, the last Parachain auction was very good. The winning networks involved in the slot auction received a total of 1,113,189.6711 KSM tokens. 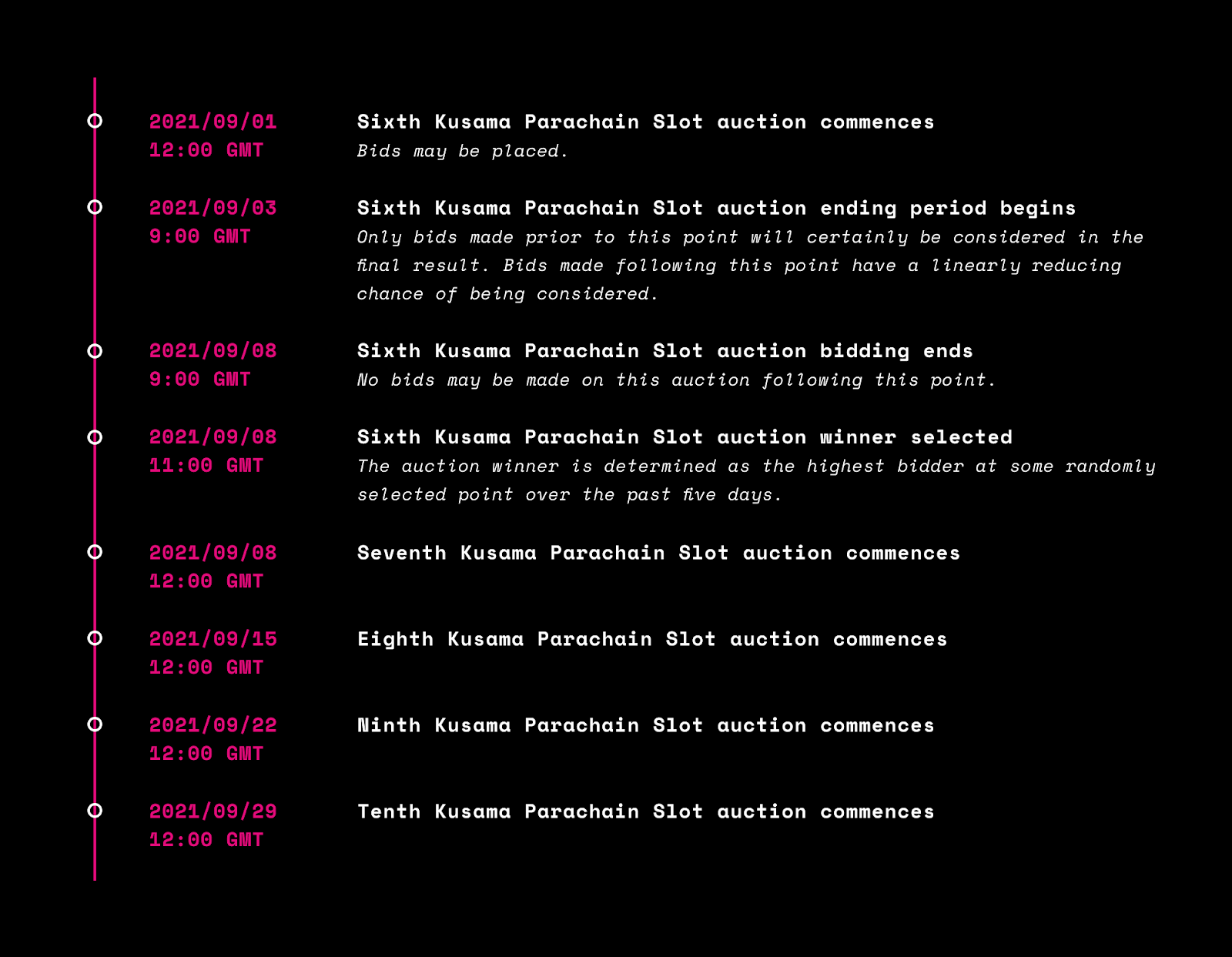 Polkadot is one of the DeFi protocols that has grown the most since its birth. Some say it is a strong rival to Ethereum. Represents an ecosystem of its own where different platforms coexist, trying to provide a different solution or service that can help its users.

With the Polkadot parachain auctions expected, the ecosystem will likely continue to expand and welcome new projects, and proof of this comes from the fact that the Kusama parachain process has thus far been relatively smooth.

In conclusion, the price of Polkadot has an excellent perspective to surge in the coming months, due to the great technological innovations that are being developed.

Likewise, it is a good opportunity for cryptocurrency traders to obtain good results and take advantage of the price surge.

If the Kusama network can continue the smooth rollout of its auction process and clear the way for the process to begin on the Polkadot network, the demand for DOT could rise, and this could translate to higher prices for the asset.

As more NFT users migrate to Polkadot-based protocols, the network is likely to witness an increase in on-chain activity and overall demand for the DOT asset. This factor may contribute to a strong rally in the native token of the Polkadot ecosystem.