Get VIP Trading Signals Market Watch
Trade Now Your capital is at risk.
Elon Musk and his new cub have driven up the prices of the Shiba Inu cryptocurrency. Likewise, the crypto market has been improving its performance.

Following the appearance of Floki, Elon Musk's dog on Twitter on October 3, the price of SHIB has risen more than 300% in recent days. This has led SHIB to rank among the top 20 cryptocurrencies by market capitalization, according to CoinMarketCap.

Why Does Shiba Inu Have a Better Tone?

In general, the cryptocurrency market is currently recovering. Bitcoin (BTC) has risen more than 25% in the last seven days, taking it to levels we have not seen since last April.

Likewise, Shiba Inu launched its decentralized exchange (DEX), ShibaSwap, in July. DEXs are peer-to-peer cryptocurrency trading platforms where individuals can trade currencies without the involvement of a third party.

Another possible positive factor is that investor interest in Dogecoin appears to have cooled slightly in recent months. 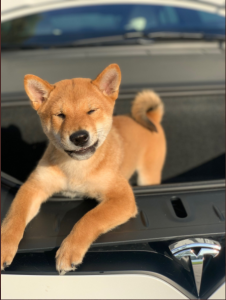 What Future Does Shiba Inu Have?

Shiba Inu was launched in August 2020, and it is one of many pet coins that tried to reflect the extraordinary growth story of Dogecoin.

It has a bit more utility than the original Dogecoin. However, this is not difficult as DOGE was created as a joke and was of no use by design, to begin with.

Shiba Inu has its DEX where users can trade NFTs, bet coins (tie them to earn interest and contribute to network security), and earn rewards in other ways.

Like Dogecoin, some investors can make money by speculating on these short-term meme currencies. People who bought before this week's dramatic gains will likely be happy with their gains.

But a price that shoots up on its own doesn't necessarily indicate that something is a good investment, especially when the main reason for that growth is a photo of a puppy on social media.

It is always important to be cautious when buying a coin that has just hit an all-time high. 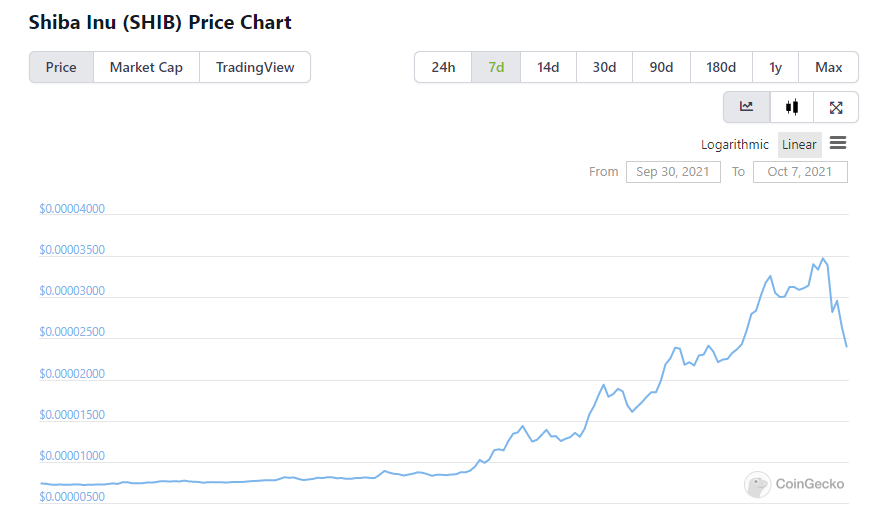 Shiba Inu (SHIB) is a token that aspires to be an Ethereum-based alternative to Dogecoin (DOGE), the popular meme coin. Unlike Bitcoin, which is designed to be scarce, SHIB is intentionally abundant — with a circulating supply of one quadrillion. The Shiba Inu Token ecosystem supports projects such as an NFT art incubator and the development of a decentralized exchange called Shibaswap.

Today the price of Shiba Inu has dropped after reaching a record high. Investors should watch for further price movements.

Let's remember that this cryptocurrency has an anonymous founder and this increases the risk in it. Likewise, its advertising does not always make sense, and market movements are often unexpected.

What do you think of this article? Leave us your comments.