Get VIP Trading Signals Market Watch
Trade Now Your capital is at risk.
March 7, 2019, | AtoZ Markets - It’s a familiar fact that bitcoin is designed as a decentralized peer-to-peer (P2P) network. However, what’s often lost in translation is the massive amount of computational power to maintain this global infrastructure. Bitcoin requires more networks of miners to process transactions on the network to validate the transactions. Here, Bitcoin nodes came into play to broadcast messages. This is the first step in the transaction process for block confirmation. 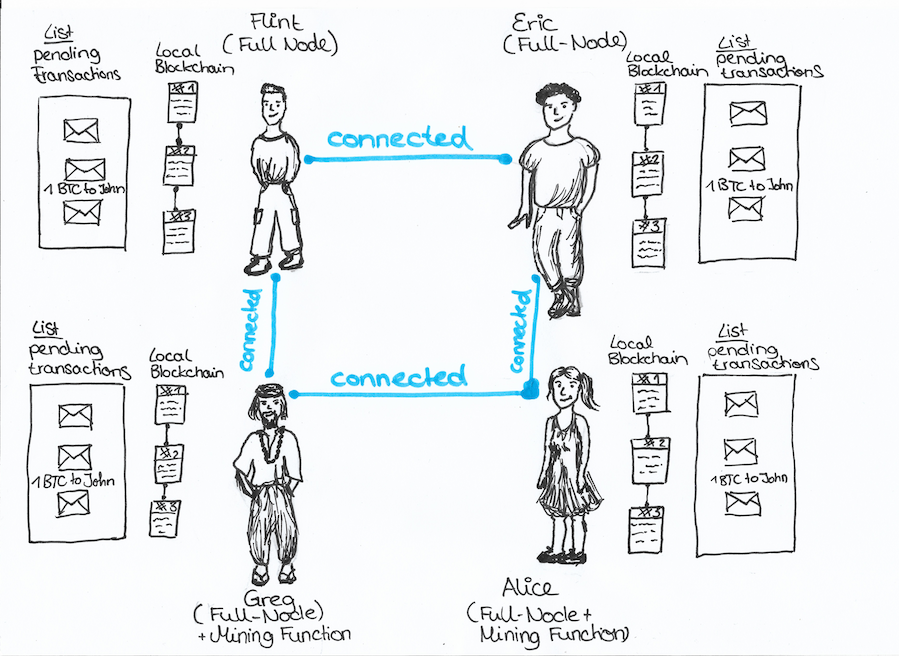 The bitcoin network must not merely provide transactions but also remain secure to work to its full potential. By using randomly selected nodes, the network can reduce the problem of double-spending. The more bitcoin nodes there are, the more secure the network is.
Currently, the number of nodes in the bitcoin network is dropping, and it might continue to drop.

What are Bitcoin nodes?

In simple words, a node is just a computer that is running the Bitcoin program. More importantly, it is connected to other computers to generate a network of nodes.

A node has three jobs

A node has three jobs to follow the rules, exchange the information within the network, and maintain a copy of confirmed transactions.
Looking at a 1 Year chart of Bitcoin nodes, it shows that the number has gone down significantly. It went from 12,500 reachable nodes in early March to below 11,000 at the beginning of March 2019.

What’s interesting is that during a recent 24-hour period, the number of reachable nodes stays to be constant. This suggests that a portion of users running nodes are full-time miners.

Another issue is the demographic distribution of the nodes. The majority of reachable nodes are located in the USA. Whereas in Africa, where Bitcoin could perhaps help people lacking access to financial resources more than anywhere else. There is a regional scarcity of reachable nodes.

Why do nodes matter?

The more nodes in the blockchain network, the more effective it is. For example, if you have ever used Google maps on your phone, you know that it’s much more efficient in places. Where lots of Google maps, users are gathering and sharing information. As it shares real-time traffic, road information, which helps to save everyone's time and gas.
The same is true for Bitcoin. The bigger the network, the more work efficient, secure, and transaction speed is.
Think we missed something? Let us know in the comments section below.