Get VIP Trading Signals Market Watch
Trade Now Your capital is at risk.
Forex trading is a smart way to earn money from the 5 trillion dollar market. There are many successful forex traders who have earned a million dollars from the forex market. Of them, we will discuss the Top 10 Traders in the Forex Industry.

26 May, 2019 | AtoZ Markets –The foreign exchange market operates transactions for more than 5 trillion dollars every day. This market revolves around fluctuations in the price of currencies like the US Dollar, the Japanese Yen, the Euro and the Pound. There are more currencies, and on many occasions, big players have changed their fortune by trading with them.

In this article, we will see the most successful traders in the forex industry.

There are many traders who have earned a lot of money from the Forex market. As this market is decentralized, people around the world can earn their own systems without any interventions or manipulations.

Before going through one by one let's have a list of Top 10 Best Traders Ever:

If you live in the modern era, you should know the name, George Soros. Additionally, You should have heard some conspiracy theories regarding this man as well. It is not surprising that he is known as the man who broke the bank of England to be a little suspicious. First, let's talk about who he is and why he became one of the best Forex traders in the world.

The birth name of George Soros is Gyorgy Schwartz. However, his father changed his name sometimes in the 1930s, as he didn’t want himself to be a Nazi Germans. At that time, the man was nothing more than a boy. Therefore, the name was stuck till the rest of his life. Later on, his family moved to Switzerland sometime in 1946 before moving to London in 1947.

George graduated from the London School of Economics in 1952, graduating in philosophy. After this, he started work with a bank named as Singer & Friedlander. Later on, He spent many years working for many different banks and financial institutions throughout those years.

In 1969 he established his own fund management firm, named the Soros Fund Management, which has produced $40 billion in revenue since foundation. In 1992 He realized, after many years of observation, that he could do something to earn a lot of money. Therefore, He took 10 billion British Pound Sterlings and took sell entry. With this trade, he was able to make about One billion GBP in a single day.  His action on that day made him the man who made the most money in a single day.

He told that the GBP had to leave the European Foreign Exchange because of the falling value of Sterling, which made him call the man who broke the bank of England.

Bruce Kovner is a humble man with a humble origin story. He was born in Brooklyn, New York, and was an ordinary man until he was thirty-two. He took $3000 from his credit card and took buy positions on Soybean futures. This single entry brought him some nice winnings of $23000. However, he could have had $40 000 if he knew the pull-out level. In that stage, he learned about risk management and how to manage the fund well. 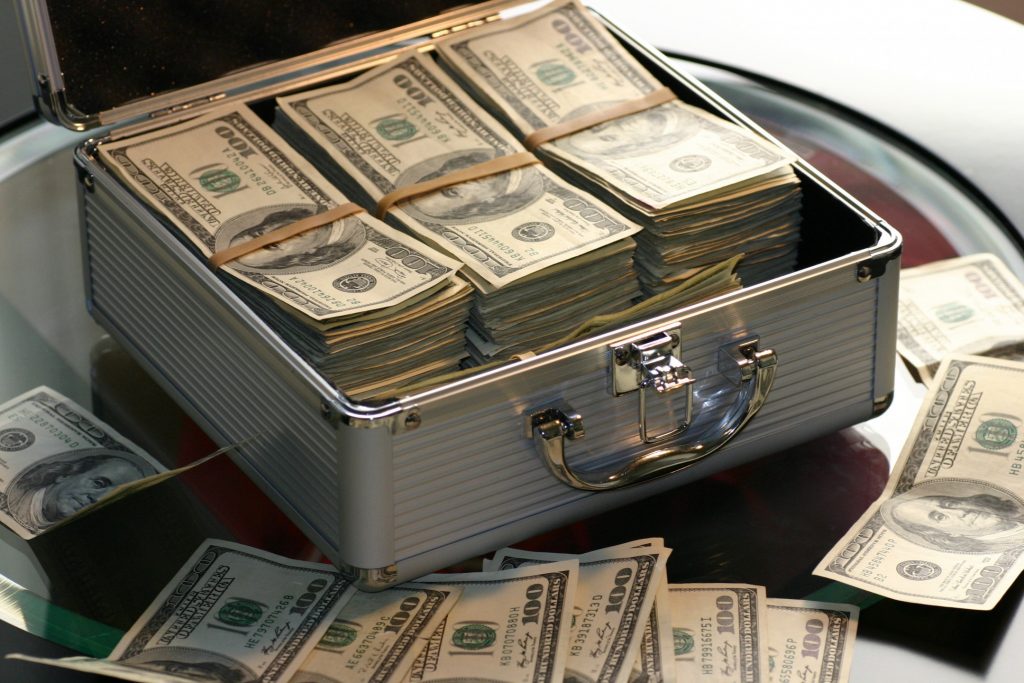 He spent the next few years working Commodities Corporation and later on, he founded his own company, Caxton Corporation, and Caxton Associates. Both of his company has concentrated in Foreign Exchange and other portfolio diversification operations. At its peak, the Caxton Corporation has made around $14 Billion, which made him one of the best Forex traders in the world.

This man has grown up as a normal kid until he went to the Wharton School of Business that put him on the path to becoming one of the best Forex traders in the world.

After graduation, he joined the Salomon Brothers and later on, moved to the Bankers Trust Company in rapid succession. When he was working at the Bankers Trust Company, his reputation as a strong financial acumen started to grow fast. Within a short time, his company gave him a boost from the initial trading capital of $50 million to $700 million. This massive growth in the capital allowed him to do something bigger in his life.

At that time, the world was in a panic; the financial market and the Forex market was in trouble. Krieger realized that the New Zealand Dollar is overvalued. So took 400:1 leverage of his capital and took positions in selling NZD. After a while of doing this, his company earned about 300 Million Dollars in a single year. After this, he left his company as he believed that 3 million Dollars are not a suitable bonus for him for the earning of 300 Million Dollars. Still, the reputation of him as one of the best Forex traders is still on the market.

He is the man who deserves to be much better known than others on this list. Urs Schwarzenbach has become a well-known trader and close to being the most successful Forex trader, through his own ability and knowledge.  He was born and raised in Switzerland. He worked at the Swiss Bank Corporation, at foreign affairs division and later on moved to the foreign exchange market division. Because of his successful performance, the bank sent him London within a short period. His father gave him some money to bring on his trip, despite not having much to himself. With his only One hundred thousand Swiss Francs, Urs used that money to trade on the Foreign Exchange market and earned his first million. He started to keep trading on the market privately and earning himself millions of dollars before starting his own company.

Today this man trades with his own money. He said that taking a risk with his own money is easier and comfortable than money from others. Therefore, he was famous for his larger risk takings than conservative companies. At the same time, he was a careful trader who knows how to manage his risks. This is the only reason behind his capital growth by the day. His success brought him one of the top Forex traders in the world, despite not people who don’t know much.

There is not much more to say about Paul Tudor Jones as it has already been showcased in the film about him, named the Trader. The beginning portion of this man’s life was very humble than others. From ordinary life, he was able to create a reputation as one of the top Forex traders in the world. The way to become successful was pretty simple for him when the legendary black Monday rolled around. At that time, he bet against a very large currency with risking the whole of his capital. He short-sold the Yen pretty and gained a 15% return for his company. This profit earned him not only the money but the reputation of a financier you want on your side.

Not all traders started their trading career by going to Business schools or economics schools. This New York boy went to a Cornell University for the Architectural and Design Fine arts. At the same time, he was getting an MBA in Finance from a Johnson School of Management. He spent many years to grow of investment on his own. At one point he turned 12,000 Dollars into 2.5 Million Dollars and lost it all on the market. As a result, he earned an important lesson– manage your risks.

Later on, he joined the Salomon Brothers investment company, where he became a part of the new Foreign Exchange department. In this position, he earned 300 million dollars a year for the company, until the 1990s when he left the company. All of the gains earned him as one of the best Forex traders position in the world.

The man was one of the largest foreign exchange market traders in the world. At one point in the 1980s, this trader held positions on the German Mark in the amounts of 300 million dollars. At that time, the dollar was very strong, so he had nothing to fear. He made a lot of money in those years but then realized that his position required him to be at work for almost twenty-four hours a day, seven days a week. This leads him to divorce and unhappiness for many years.

Therefore, he quit the Forex market, believing that the market today is not about trade but more about guessing the central banks’ positions. Despite not being in the industry, he still remains one of the best Forex traders for his earning from the market. Maybe he has a point to leave the market or maybe he made enough money for his lifetime.

This British trader had to abandon his studies at the age of fifteen for helping his family business. He worked in a catering service, by taking care of his father’s business and helped it grow better until he sold it for a nice bit of profit. Using the money, he moved to the Bahamas and started trading from there due to very low taxes. He spent years increasing his capital privately until he matched the George Soros gamble against the GBP in the 1990s.

People don’t know how much money he made at that time, but most of the people know that he earned a lot of money from the short sale of the Mexican Peso. In this way, he has made tons of money in the Forex industry by following the persistence and understanding of the market.

Michael Steinhardt is a legendary figure in the investment world, holding the record of a 24% compound growth of 28 years unchallenged anywhere in the world. The man started in the stock market. He received his first investment capital in the shape of envelopes to invest in the market.

After growing his capital, he started diversifying the portfolio. Therefore he started to work in the Foreign Exchange markets, with the same success as other markets. His trading performance was not only impressive but also what makes him one of the most successful traders.

This man obtained earnings for 1 billion dollars by betting on the German Mark. He was born on June 14th, 1953 in Pennsylvania, United States. He grew up in a middle-class family in the Philadelphia suburbs.

By the end of 1980, the German Mark was suffering due to the political and social implications surrounding the reunification of Germany. Druckenmiller carefully analyzed the German Mark and understood that the German currency was undervalued. At first, Druckenmiller placed a long position in German Marks for a multi-million dollar. Later on, Soros made him increase sales by another 2 billion German Marks. As a result, he earned 60% earnings for the Quantum Fund.

How to Become Successful in the Forex Market?

If you ask yourself how to be a successful forex trader, after reading the top 10 traders in the Forex industry, then look no further. If you looked at the similarities of all these men, then you would notice that the majority of them had the motivation to make money to trade. Their motivation allowed them to stay disciplined and focused on long term success. They found it interesting and they worked in the right way. So their main focus would be to:

If we can learn these things, then we may just be one step closer to our remarkable success.