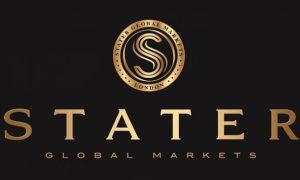 4 June 2019, | AtoZ Markets - London based prime of prime brokerage service provider Stater Global Markets (“SGM”) made an announcement yesterday stating that it is closing down its business as its parent company SBL holdings decided to stop funding the operations of the firm. Stater Global Markets is owned by Stater Holdings, which was recently renamed into Stater Blockchain Limited Holdings (SBL Holdings).

Based on details provided by the firm, the parent company SBL holdings has decided to pursue alternative business opportunities and stopped investing in the FCA-regulated firm to use the funds for its alternative project. Owing to the lack of required funding to continue providing its high-level service offerings, the company has decided to suspend its business operations as the top level management is against providing degraded product and service offerings.

“Stater has built a reputation for excellence over the last three years, offering a truly agnostic Prime of Prime solution. It goes against our ethos to continue with a degraded service”.

Stater Global Markets were unable to secure the required funding

After it was launched back in October 2016, the prime of prime brokerage which is located in the UK has focused on and ensured that it offers its institutional clients with access to Tier 1 bank and non-bank liquidity and clearing services and institutional grade technology for Forex and CFD trading activities. The CEO also stated that the management initially sought funding from multiple sources to continue its business operations but decided to close its operations finally as they were unable to secure required funding to continue their business services and product offerings.

As per the statement released by the firm, it has notified both UK’s FCA and its client of its current scenario and decision to terminate its business. Soliman’s exact words were quote,

“Unfortunately, despite having created a viable business with a growing client base and an excellent and experienced team, without continued financial support it is very difficult to compete with the commercials offered by our larger peers. We have decided to cease the business at an early stage to ensure our clients are treated fairly and whilst our reputation is strong”.

While the company has declared that it will discontinue its services, for the time being, they have yet to declare the exact date until when it will resume offering its business operations. This can also be viewed in such a way that higher management is on the lookout for alternative funding options and could scrap the plan to suspend business activities in case they manage to secure required funding from alternative pathways.