Get VIP Trading Signals Market Watch
Trade Now Your capital is at risk.
Starling bank has imposed a ban on all deposits to cryptocurrency exchanges after noticing “high levels of suspected financial crime with such payment”.

“This is a temporary measure taken to protect customers amid high levels of alleged financial crime in payments to some cryptocurrency exchanges. This is a problem for all banks, ”a company spokesman told the newspaper.

When will Starling bank lift ban on crypto exchange deposits?

Starling Bank clarified that the restrictions will be lifted when additional checks are introduced for such transactions. Clients, however, can withdraw their funds from crypto exchanges to bank accounts.

Earlier, The Telegraph reported that UK banks, including Barclays and Monzo, are blocking payments to cryptocurrency trading platforms. In an interview with Decrypt, a Barclays spokesman denied this information.

Reddit members also complained about the restrictions imposed by Starling Bank. Some have noticed similar problems at Lloyds Bank. However, Monzo and Revolut are sending payments to exchanges, several users said.

Meanwhile, after refusing service to corporate customers who deal in cryptocurrencies, NatWest bank last week warned its clients about cryptocurrency scams. The bank said it has received a record number of reports of crimes in the sector between January and March 2021. 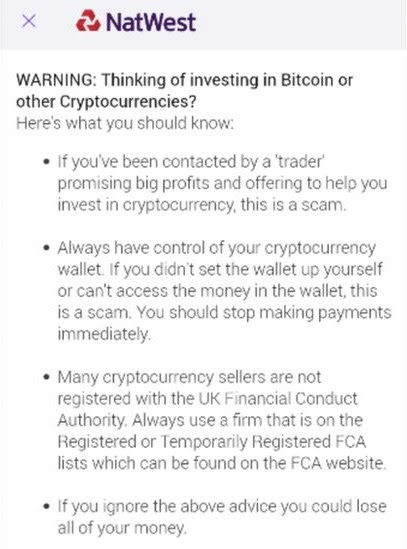 The organization recommended that users only enter into transactions with companies registered with the UK Financial Conduct Authority (FCA).

At the moment, there are five companies in the register of the department, two of which are affiliated with the Gemini crypto exchange. Applications from more than 160 organizations are still being considered.

As AtoZ Markets reported, the FCA introduced a temporary registration regime for cryptoassets firm that are awaiting regulatory approval. It will run until July 9, 2021.