USGFX UK CEO Simon Quirke has resigned from his role shortly after the re-appointment of Soe Hein Min as one of the Group’s Directors.

June 25, 2021, | AtoZ Markets – Simon Quirke has resigned from his role as the Chief Executive Officer (CEO) of UK-based Union Standard International Group Limited (USGFX). Mr. Quirke, who had been with USGFX-UK since 2018, is an experienced regulatory consultant and had previously worked at Credit Suisse and Lehman Brothers. 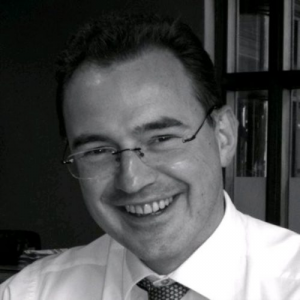 The announcement of Mr. Quirke resignation heralds a major change for USG UK’s corporate leadership, but it shouldn’t affect the day-to-day operations of the company too much. Last month, USGFX announced the re-appointment of Soe Hein Min as one of the Group’s Directors.

Min, the owner of the UK USGFX, was appointed as a director of the company in December 2019. In April 2020, he became the ‘person with significant control’ after he bought shares worth £814,000 in the company’s UK division.

However, Min stepped down from his board duties in October 2020 following controversial events and stances.

He is one of the two directors of the Broker Group, and that means he calls the shot in the brokerage business.

It is worthy of note that Mr. Quirke is resigning after the brokerage rebranded from USGFX to United Strategic International. The rebranding was a move to drop the tainted reputation of the USGFX brand, which has created a ton of controversy with its Australian operation.

As a reminder, the ASIC-regulated Australian business entered administration voluntarily and was subsequently liquidated by the end of August 2020. Additionally, the broker also lost its Australian Financial Services (AFS) license which the local regulator had previously issued for operations to take place in the country.

As a result, the broker has moved its headquarters from Australia to the United Kingdom and gained the South African license.

The USGFX Australia bankruptcy, which apparently includes tens if not hundreds of millions of unaccounted-for client funds, has hurt the USGFX brand and made it difficult for Mr. Quirke and his team to successfully run their UK-based operation effectively.

AtoZ Markets has reached out to USGFX UK for comments but is yet to receive a response.