Get VIP Trading Signals Market Watch
Trade Now Your capital is at risk.
The renowned American author and businessman Robert Kiyosaki, author of the book "Rich Dad, Poor Dad", has predicted a "big drop in the stock markets" in October.

Also, Robert Kiyosaki told his 1.7 million Twitter followers to "get gold, silver, bitcoin and ethereum" before "the biggest crash in history."

On his Twitter account, Kiyosaki wrote that this collapse was due to fixed income securities issued in the short term by the Federal Reserve and the United States Department of the Treasury. Faced with this scenario, the author affirms that cash will be the best option to carry out any operation after the fall of the markets.

Likewise, others have also cautioned the fast-approaching debt ceiling could roil markets that have soared to all-time highs this year.

Additionally, in another tweet posted Monday, Kiyosaki claimed that he does not trust US financial institutions or Wall Street, due to recent incidents and scandals involving senior Federal Reserve officials.

Kiyosaki has attracted millions of followers who want to boost their net worth. What's more, he says he has been able to avoid many of the market's pitfalls through his philosophy of pursuing assets, as opposed to money.

Where to Invest According to Robert Kiyosaki?

This millionaire investor has bet this year on commodities and the cryptocurrency market. But, is it true what Kiyosaki says? Let's take a look at the assets that interest the famous writer.

Gold is a mineral that is considered a reserve asset worldwide. It can also generate high profits in the long term. This raw material has proven over the years that it rarely loses value and even increases during global crises.

If we look at the monthly chart of gold, we can see that this year the price had a difficult time going up. As we enter the last quarter of the year, the metal has several important challenges to meet.

Firstly, if the price falls below the $1720 area, we could see it return to the $1660 and $1615 levels respectively. However, the investors need to push the price above $1850 for us to see a substantial price recovery.

In addition, it is noteworthy that we are close to having a triple crossover of moving averages, something that undoubtedly warns us of an important movement in this asset. 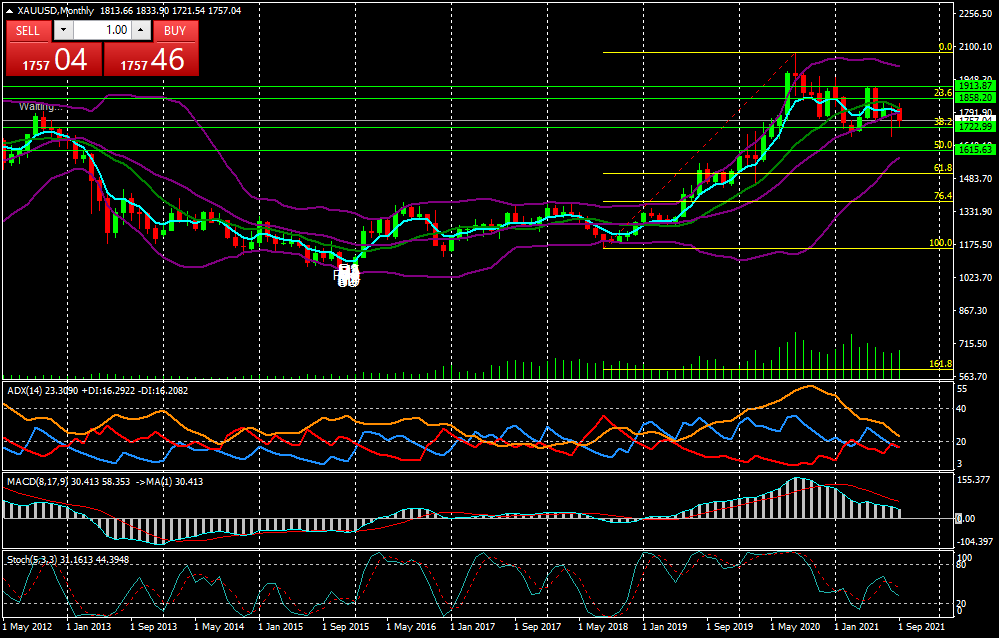 Another commodity that has also been useful as a reserve asset, and which Robert Kiyosaki and other experts recommend for investment, is silver. It should be noted that it does not have the same value as gold, although it has also shown considerable growth over time. 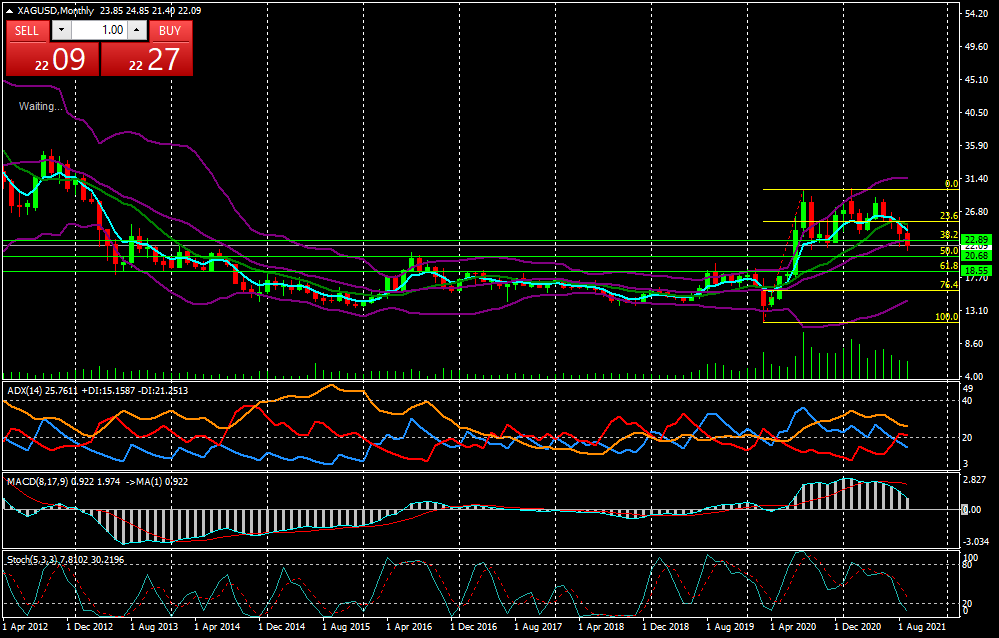 If we look at the performance figures for silver, this product doesn't seem as reliable to invest in as Kiyosaki makes it seem. However, it is still an asset worth checking out.

Currently, some big investors such as Warren Buffett do not support cryptocurrencies. However, Robert Kiyosaki seems to agree with the benefits they have brought to the world. He suggests that investing in them is profitable, although the risk is extremely high.

Bitcoin is up nearly 50% in 2021, but in terms of price gains, the world's largest cryptocurrency lagged behind other competitors such as Ethereum, Cardano, and XRP. 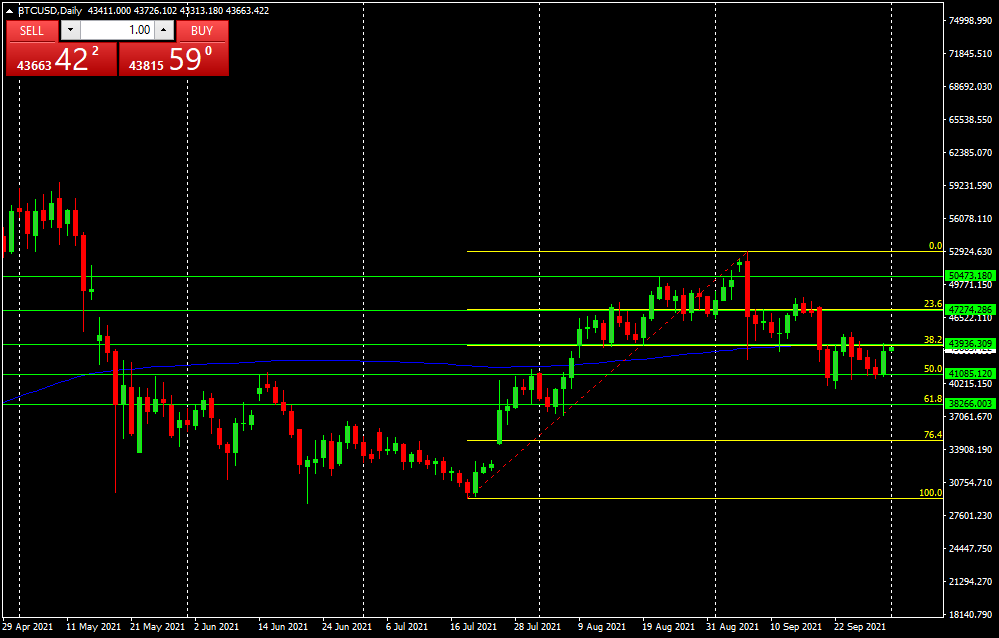 On the other hand, the Bitcoin mining rate fell by almost 50% after the announcement of the ban in China but recovered substantially during August and September. Although there are uncertainties regarding Bitcoin's future price action, there is a chance that the world's largest cryptocurrency will reach $500,000 in the next few years.

Finance Magnates asked industry experts about their views on Bitcoin’s strong network activity and a jump in BTC’s institutional demand. Mati Greenspan, Founder, and CEO of Quantum Economics believe that Bitcoin is an established asset now.

This is a real stress test for the whole Bitcoin ecosystem and shows how reliable and decentralized the whole network has become. There is still an increasing demand from institutional investors moving into the digital assets space. We will hear about a few well-known names publicly announcing their involvement in Bitcoin soon.