Get VIP Trading Signals Market Watch
Trade Now Your capital is at risk.
The head of Ripple fuels the interest of XRP hodlers with promises of an IPO. IPO may depend on the outcome of the dispute between the SEC and Ripple.

May 27, 2021 | AtoZ Markets – Ripple CEO Brad Garlinghouse believes that the company may go public when the lawsuit with the Securities and Exchange Commission (SEC) is over. This is reported by Business Insider, citing a statement from the head of Ripple.

Read also: SEC vs. Ripple Lawsuit Will Drag on Until June 2021

At some point, altcoin rose by 5%, but in a monthly interval, the price remains in a downtrend. At the time of writing, XRP is priced at $1.02, down 0.02% in the last 24 hours. The market capitalization of the token dropped to $47.2 billion. 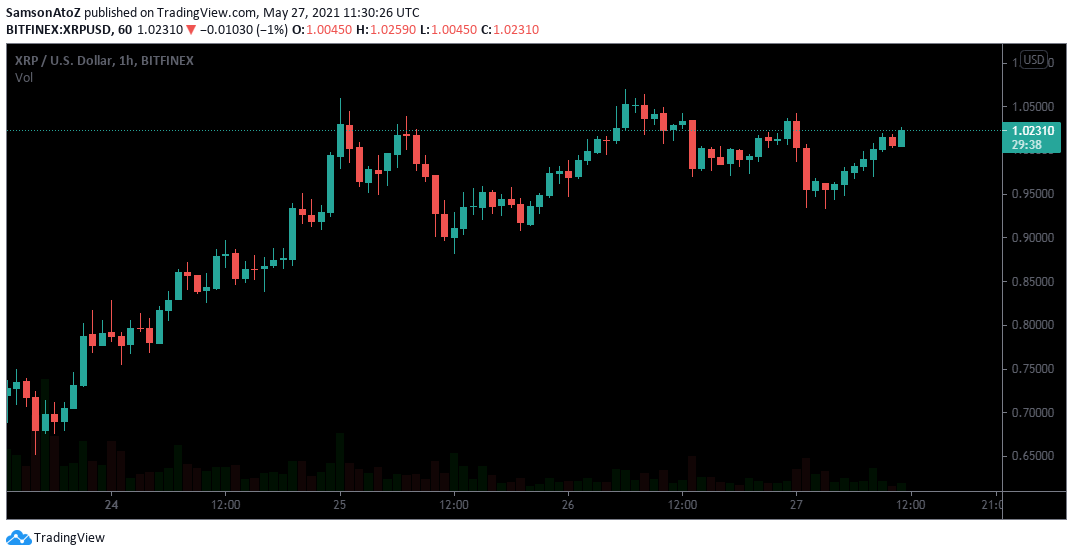 Recall that the exchange regulator filed a lawsuit against Ripple in mid-December 2020. Then the company and its management were accused of selling unregistered securities under the guise of XRP tokens. According to the SEC, Ripple has illegally sold XRP tokens worth $1.38 billion since 2013 without following the official registration procedure.