Get VIP Trading Signals Market Watch
Trade Now Your capital is at risk.
Shay Zakhaim, the CEO at Union Standard International Group PTY LTD (USGFX), has decided to exit USGFX after six years of being in charge. The USG Group's branch in Australia has filed for bankruptcy. Yet, is USGFX UK closing too?

July 18 2020 | AtoZ Markets – AtoZ Markets has learned that the Forex broker's longtime CEO Shay Zakhaim has ended his tenure with the company, according to an update on his Linkedin profile. His exit comes soon after the bankruptcy filing of the Australian Retail FX and CFDs broker USGFX,

Shay Zakhaim exits as the CEO of USGFX 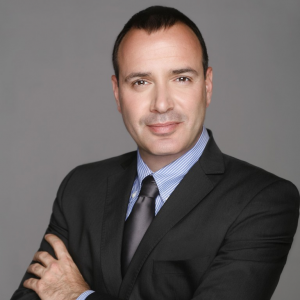 On his Linkedin profile, Mr. Zakhaim currently lists his occupation as CEO, Capital Markets Professional, and, Regulatory Consulting. This marks the end of his tenure with the company he has led since 2014 as of July 2020.

Although, Shay Zakhaim was formally CEO of the Australian company, he was also effectively overseeing the group’s other businesses. These include an offshore brokerage in Vanuatu (USGFX Global), and he was also involved with the company’s recently established, FCA licensed arm in the UK.

USGFX Australia files for bankruptcy, but is USGFX UK also shutting down?

According to a notice on the company's website, USGFX UK is not shutting down as it is “unaffected” by the bankruptcy filing of its “sister company” in Australia.

Although USG UK and USGFX are part of the same group they are entirely separate. They are also independent companies which trade under different regulators. The Statement from the Board of USG UK added:

"USG UK retains the full and uninterrupted support of the USG Group and their shareholders and will continue to offer their bespoke and personal service to clients under the auspices of their FCA authorization and the associated client protections."

The Premier League squad Sheffield United also shares a similar sentiment, which posted a note on its website that it was business-as-usual as far as it was concerned with USGFX, at least with the UK company.

Read also: IC Markets AC Milan Sponsorship - is it worth $11mln per year?

USGFX acts as front-of-shirt sponsor of SUFC. The firm recently completed the first year of a three-year, multi million dollar sponsorship agreement between the two sides.

How will the USG Group and its UK arm continue its services after the bankruptcy filing of USGFX Australia? Share with us your comments in the section below.

Top 10 Best Forex Brokers in Bangladesh
Broker of the month!