HSBC in Canada has banned its clients from trading in shares of crypto-related companies like MicroStrategy, according to a screenshot of a letter circulating online.

April 9, 2021 | AtoZ Markets – The Canadian branch of HSBC Bank introduces a ban on trading in shares of companies holding cryptocurrencies in corporate accounts. At least this is evidenced by the screenshot, which is actively disseminated on Twitter.

The report says the bank is banning the trading of shares in companies that have Bitcoin, Ether, and other cryptocurrencies on their corporate balances. 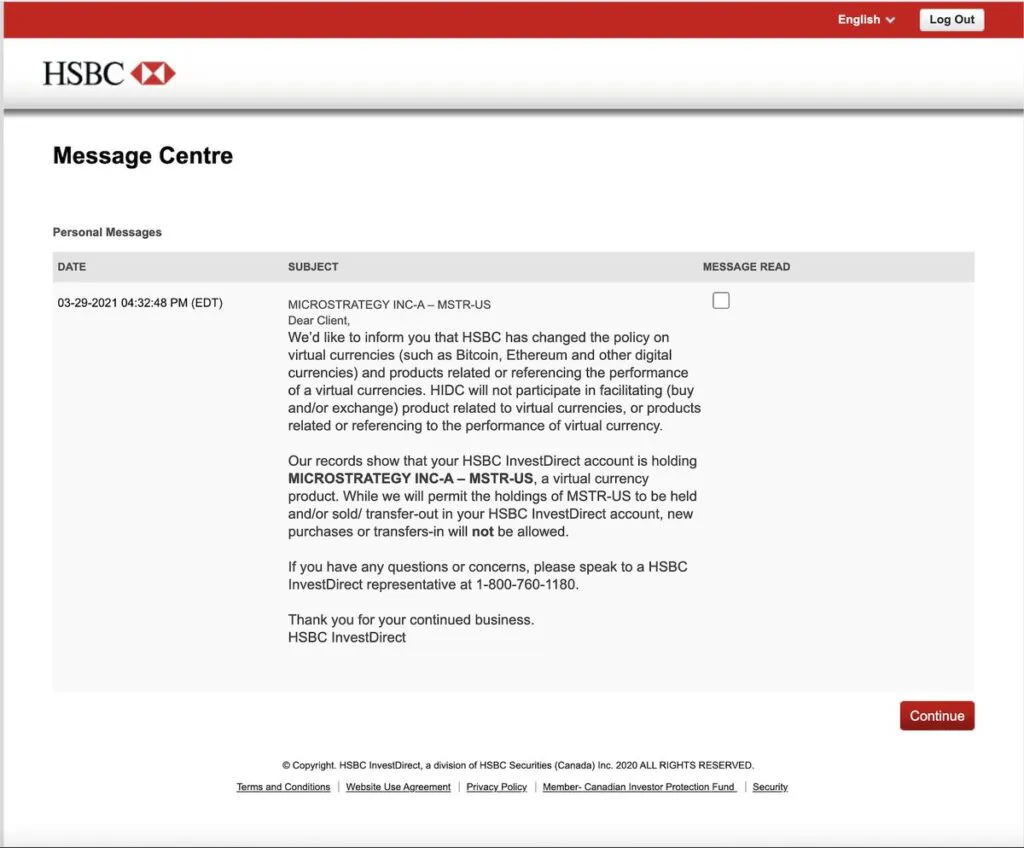 Twitter user @Camadamus was the first to report this after HSBC banned trading in MicroStrategy stock. The user has already advised the founder of the company, Michael Saylor, to check the legality of HSBC's actions.

“Hi @michael_saylor, maybe you should ask your lawyers if what @HSBC_CA does is legal,” Camadamus wrote.

At the same time, the ban has not yet affected the shares of Tesla, which invested $1.5 billion in Bitcoin, and also opened the opportunity to buy cars for cryptocurrency. At the time of writing, HSBC did not comment on the ban on trading MicroStrategy shares at the time of writing.

However, the shares of MicroStrategy (MSTR) did not react in any way to the possible restrictions. 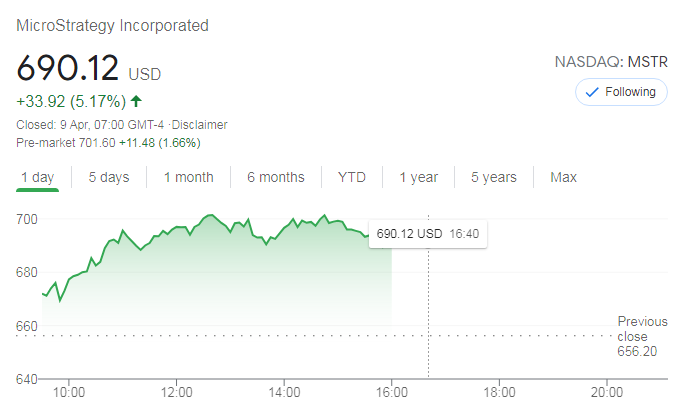 HSBC's ban on trading MSTR shares comes a couple of days after the company announced an additional $15 million investment in Bitcoin. Thus, at the time of writing, MicroStrategy's Bitcoin reserves have grown to 91,579 BTC. It should be noted that at the current rate of the cryptocurrency, this volume is equal to $5.3 billion.