Get VIP Trading Signals Market Watch
Trade Now Your capital is at risk.
Halloween effect impacts Bitcoin by giving a push to the price which sustains till the next 6 months. From the last 3 to 4 years, this tradition is playing well with the Bitcoin chart. In that sense, there is a higher possibility of price development in Bitcoin in the Haloween of 2019. However, there are some theories behind the relationship within Bitcoin & Halloween that are mostly from the peoples' belief.

31 October 2019, AtoZMarkets – The Haloween effect has a big relation with the Assets and instrument. However, The Halloween effect impacts Bitcoin mostly as it is different from other cryptocurrencies. There some traditional theories behind the Haloween effect, which are not a part of the technological world. Investors believe that, at the beginning of November, assets will perform better and the effect will continue till May. This effect is applicable to Bitcoin as well.

During the past few years of data analysis, the price of Bitcoin spiked in November. In addition to that, The Haloween is an indication of the end of an old year and the beginning of a new year. Different people from different cultures celebrate the day according to their beliefs. However, In the financial market, The relation Between Haloween and Bitcoin is about positive price development.

What is The Halloween Effect?

Investors and traders use a number of tools before setting a buy or sell order. This tool includes technical and fundamental analysis to determine the strength or weakness of an asset. Moreover, some analysts use more unusual methods including dates, math, cycles, and astrology.

There is a traditional theory that each year at the beginning of November, assets will perform better. On the other side, the opposite sentiment works for May. Comparing to other months, this location of the calendar puts expectations to traders. The reason behind the price movement is nothing but the ‘Haloween”. 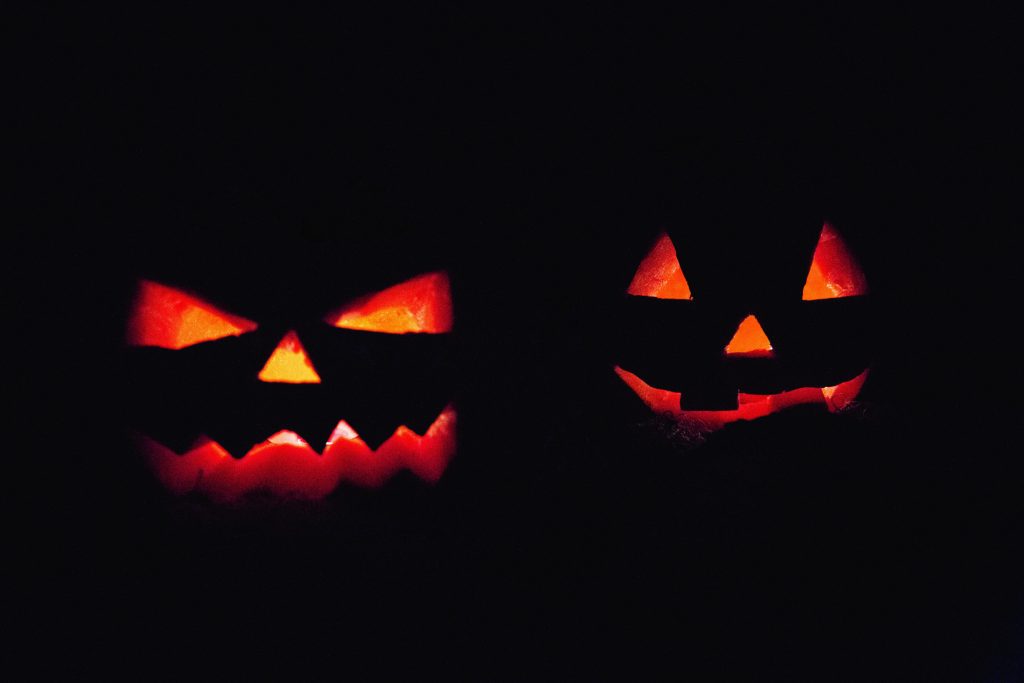 However, the name of this strategy is the Halloween Effect or The Halloween Strategy. This strategy suggests that buying an asset and hold throughout the winter months will prize a handsome repayment to the investors. So, the traders or investors Sell in May and wait till the November approach. The other half of year traders use the market timing-based strategy.

But how does the Halloween effect impact Bitcoin?

Price data from each October 31 to May 1 period suggests that the theory may prove to be accurate like other instruments. Moreover, the accuracy may increase in the future as the regulation increases for Bitcoin.

Story Behind the Haloween Effect:

Halloween began as the festival of Samhain. The people of the  Celtic lands of Ireland and Scotland started this festival. The main purpose behind the Halloween is to mark the end of the harvest season and the beginning of the winter.

Halloween was celebrated as an indication of New Year’s Eve and a movement to another. There are some beliefs in the Ancient Celts about Halloween.

Some of them believed that once in the evening the boundary from one world to another could be crossed. That allows the ghosts of the dead to walk freely amongst the living.

What is the relationship between Halloween & Bitcoin?

Satoshi Nakamoto, the creator of Bitcoin is often named as a ‘Ghost’. He is a ghost in this world on the 31st of October 2008 by introducing us to a new movement.

This introduction places the idea of digital currency to move freely in public space. And so, the 31st of October was selected to tell us some important hidden messages. The message may include the process to change the centralized world.

In the case of Halloween, it was connected to the New Year celebration. The combination of these two colors represents life and death. In other words, the end of one world and the beginning of another world.

How the Halloween effect impacts Bitcoin?

In the past eleven years, it is easy to say the Halloween period has little effect on the Bitcoin value. Back in 2013, the BTC value had risen well before the whitepaper’s anniversary. However, the price tapered quickly afterward.

After that, nothing special happened for Bitcoin until 2016. During the time, Bitcoin price first approached the $800 with several days in a row. Things finally got started near Halloween of 2017, when all cryptocurrency markets became unexpectedly crazy.

Bitcoin Price Gains 50% per Halloween through May:

As the bear market came to an end for Bitcoin in 2015, October 31st kick-started the bull run. The crypto investors brought the young, emerging asset in light with a 41% increase.

Between the timeframe of October 31, 2016, to May 1, 2017, Bitcoin’s bull market was in high gear. At that point, the price brought investors a 117% return on investment. Although some investors had listened and sold between those times, they missed the 335% increase.

From October 2018 to May 2019, there was a decline following Halloween, resulting in a -12.5% drop in price. In this Halloween, Bitcoin is amusingly trading at the same price it had traded at on May 1, 2018. At the time of writing, the crypto asset is trading at $9,200 per BTC

This Halloween marks another birthday for the world's first cryptocurrency. On this date, the elusive visionary Satoshi Nakamoto published the-per to peer electric cash system.

The mining giants Canaan and Bitmain showed that Bitcoin mining has gone a far way. Once it was the early days of CPU farming but now it grows by big business.

Between this time, 18 million of Bitcoins have been mined. Moreover, the Bitcoin collection of Bitcoin fees has reached $1 billion in total earlier this week. So, it is right in time for the Bitcoins birthday celebrations.

Prediction of Bitcoin Price in Halloween 2019

Are investors are getting ready for the Bitcoin Halloween effect? Possible Yes. On average, Bitcoin rose nearly 50% from October 31 to May 1 every year.
The Bitcoin is potential for an increase in this time as the Bitcoin’s halving set to take place in May 2020. The price of the Bitcoin halving is expected to reach $55,000 per BTC according to a highly cited stock-to-flow model.

In this Halloween, there is a possibility of Bitcoin price surging to $55,000 as predicted. Moreover, this will result in a staggering 497% gain from current prices

Besides the price action, there are several factors to celebrate Halloween with a Bitcoin theme. This could be by making a Bitcoin logo in pumpkins or by creating some cool images on the internet. There are many other ways to go about events. Celebrating Halloween with dressing like a Bitcoin is also something Americans tend.

However, in the financial Market, Bitcoin price may start to gain from November 1, 2019. To invest in Bitcoin a trader should consider other factors besides the Halloween effect to minimize the risks.

Do you think the Halloween effect has an impact on Bitcoin? Please share your thoughts in the comment box below.