Get VIP Trading Signals Market Watch
Trade Now Your capital is at risk.
Google promotes a crypto scam but doesn't want to promote a real firm. CoinCorner reports that Google Ads is running a phishing ad, although the company cannot use its service.

01 May, 2020 | AtoZ Markets – While Google's subsidiary YouTube is on trial for promoting crypto scams, Google's advertising platform continues to display fraudulent crypto ads through its advertising network. CoinCorner, the UK-based bitcoin exchange company, said that Google continues to block the company from advertising on the social media engine. But Google has allowed a fake site to impersonate it. Molly Spiers, marketing manager of CoinCorner, tweeted:

“So @GoogleAds won’t allow @CoinCorner - a longstanding legitimate business - on its platform, but will allow phishing companies? Watch out for @Google!”

Spiers said the CoinCorner team noticed the first fraudulent ad Thursday morning after searching for "CoinCorner" on Google.com and Google.co.uk. According to the executive, Google Ads was running an ad for CoinCorner's phishing clone website, CoinCornerr.com. CoinCorner struggled to place ads on Google Ads for years. 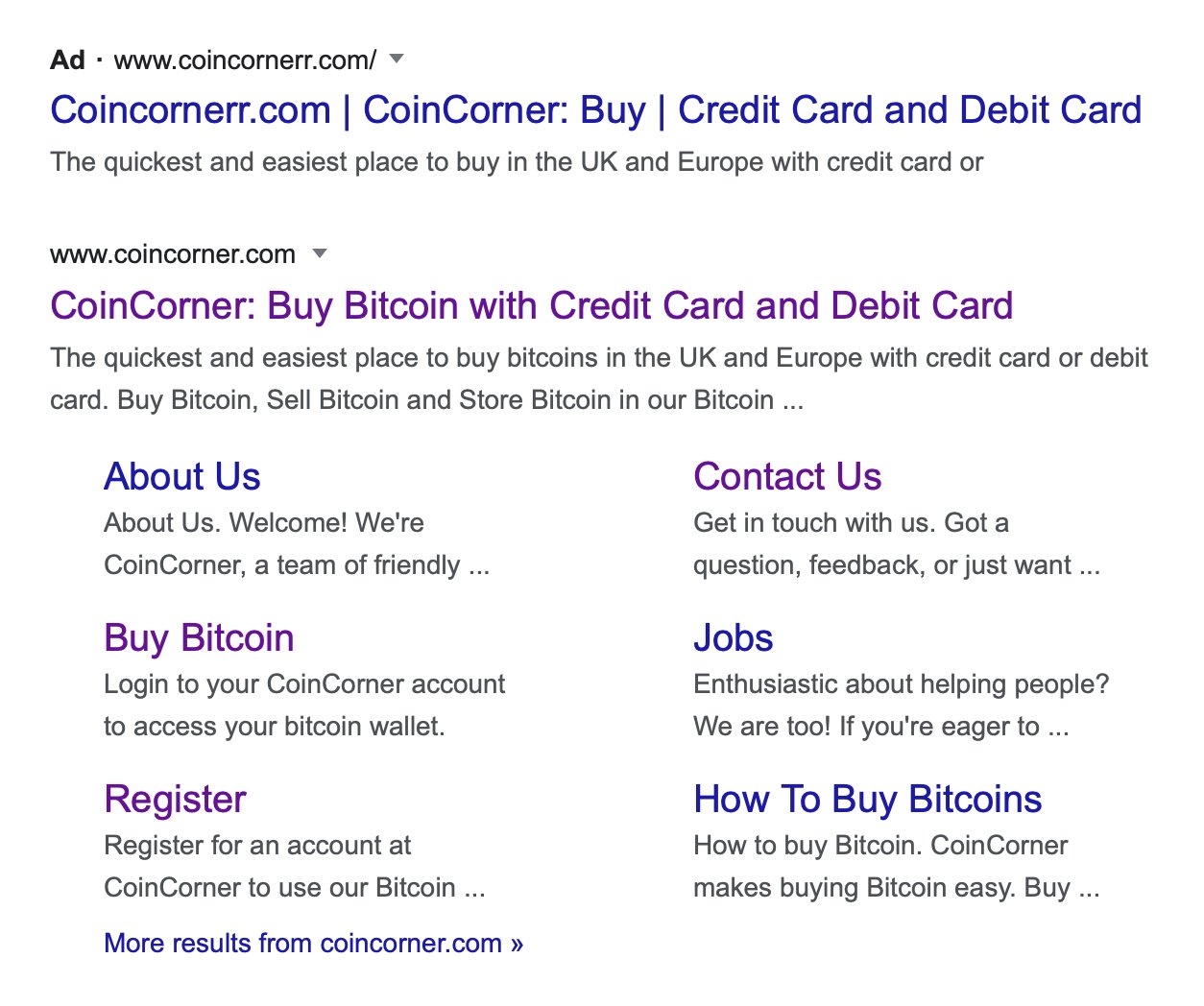 "We have not been able to use GoogleAds for years, although we have more than enough evidence to prove that we are legitimate," says Spiers. "So it's frustrating when it happens, not just from a business point of view, but also because we're trying to protect consumers!"

Ironically, Google's crypto ads embargo was initially put in place to protect users from fraudulent offers. The ban was partially relaxed in 2018 when Google authorized regulated cryptocurrency exchanges in the United States and Japan. However, several crypto companies, including CoinCorner, have tried to use Google ADs and have been refused, even though they meet the criteria.

The fraudulent CoinCornerr.com site is currently unavailable. Its Google ad reportedly removed when it published. According to domain registration data, the fraudulent domain created on 29 April.

According to Google's advertising policies, the platform allows certain crypto ads. More specifically, the Google Ads service accepts advertisements for crypto hardware products and crypto exchanges. However, crypto exchanges are subject to specific requirements. It only meant to promote in the United States and Japan to date.

According to Spiers, the fraudulent website has managed to circumvent the restrictions of Google Ads by not mentioning Bitcoin or cryptocurrency at all in their advertising. The executive clarified that any ad containing keywords related to crypto, such as Bitcoin, automatically disapprove. "They used the same text as us but deleted any mention of Bitcoin. At first glance, anyone could easily mistake it for our site," said Spiers.