Get VIP Trading Signals Market Watch
Trade Now Your capital is at risk.
In today’s forex market weekly preview, European stocks declined as investors continued to worry about Coronavirus. What next can traders expect?

30 March 2020 | AxiTrader – With the number of Coronavirus cases and deaths and still increasing rapidly and an end of the economic standstill not in sight, it is difficult to see the recent stock market rally as sustainable.

Market Weekly Preview: Be on the lookout for these charts 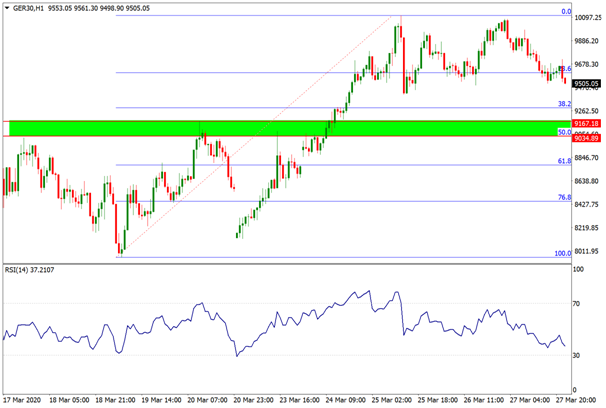 The GER30 is still in a strong downtrend, and the charts suggest as well that there could be more pain ahead before it gets better. Traders will be closely watching the important area of support between 9035 and 9170 points - with the former one being the 50 % Fibo of the recent rally. To the topside, the psychological resistance level at 10,000 points has capped the topside so far. 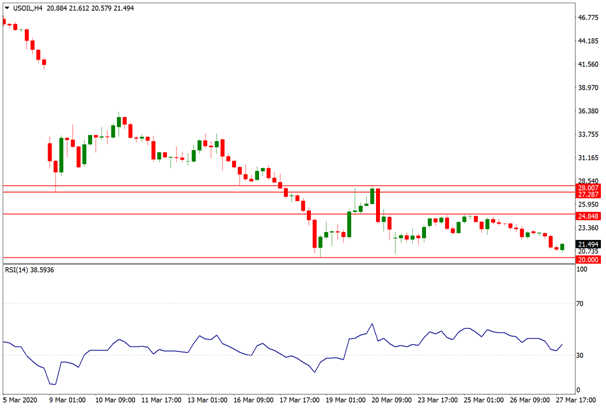 USOIL could also resume its downtrend sooner rather than later. The focus currently lies on the major psychological level at $20. A clear break below that level could trigger further momentum selling, pushing USOIL to levels not seen since 1998. Resistance is seen at $24.85, followed by $27.30 and $28. 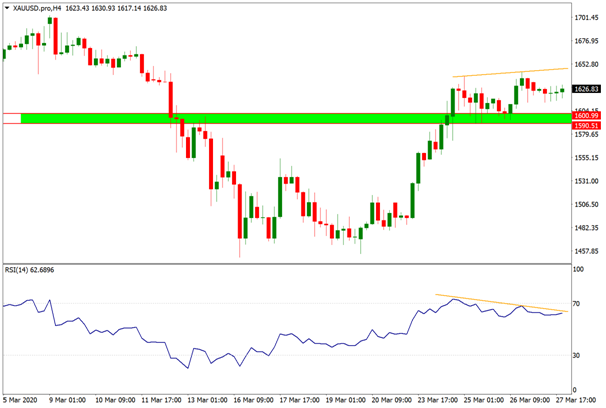 XAUUSD had an impressive rally last week, although the current liquidity issues in the Gold market have caused some concern. The charts suggest that the uptrend remains intact, but the negative RSI divergence on the H4 chart may signal that Gold could give back some of its recent gains before the metal has another run towards the $1700 resistance level. Traders will be closely watching the important area of support between $1590 and $1600. 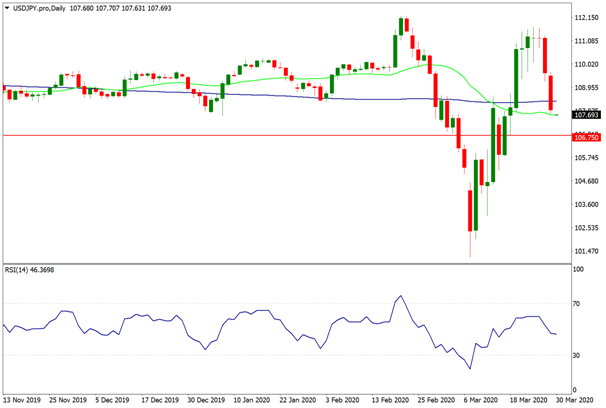 Finally, USDJPY is testing the 21 DMA after Friday´s close below the 200 DMA, and break below could pave the way for a test of 106.75 support.