Get VIP Trading Signals Market Watch
Trade Now Your capital is at risk.
Currency fluctuations in Forex market sometimes appear very inconsistent. Yet, there is a number of fundamental factors that influence the currency shifts. Today, we discover what moves major Forex currencies.

AtoZ Markets – If you are trading Forex you might know that currencies in Forex tend to move very fast and sometimes they move in unusual patterns. Nevertheless, traders should be able to catch these shifts as they occur in order to make profits. This can be quite a challenge if you are not fast enough.

Sometimes, it is difficult to react quickly to a specific trend in the market and you might miss the winning trade. Therefore, I believe it is always better to be a proactive trader than a reactive one. In order to successfully forecast the future moves of the currencies in Forex market and make consistent profits, you should have certain knowledge about the currencies’ driving factors. In other words, you need to know which factors move the currencies and in which direction. Thus, the topic of today's discussion is -  what moves major Forex currencies?

Such factors may include macroeconomic conditions in the country of origin or the global market environment. Moreover, the currency moving factors can involve social, economic, and financial stance of the country of origin. Each of the major currencies is affected by a certain set of factors since each currency has its peculiarities.

We are going to examine what moves major Forex currencies. Specifically, we will talk through the key factors of influence and analyze them in details. Therefore, when you will finish reading this article, you should have a clear idea of the reasons behind the major currencies moves.

What moves US dollar in Forex? Which currency first coming to your mind when you ask yourself a question 'What moves major Forex currencies?' For me, it is US dollar and I have several reasons for it. The USD is the most traded currency in the Forex market. Additionally, the US dollar is used as a measure to assess other currencies and commodities.  You also might know that the greenback is the main currency in the foreign reserves of all countries. As a fact, the overall world foreign reserves hold about 64% of USD.

As a fact, the biggest part of metal commodities and the oil are traded with prices denominated in USD. Therefore, major supply/demand movements in these markets will have an immediate influence on the greenback value. For instance, take a look at the case of 2008, when the oil prices have largely fallen down. That time, the EURUSD rate has hit 1.60.

Furthermore, the US dollar largely benefits from being perceived as a safe-haven. In times of uncertainty, investors’ appetite for safe-haven is rapidly rising. Thus, anxious traders rush to buy USD. Sometimes, the safe-haven status provides the USD with an extra advantage in the times of turmoil inside the US.

Another major factor that influences the movements in the US dollar is the direction of Federal Reserve policy. This domestic factor has a huge impact on the currency. The decisions taken by central bank policymakers are taking their roots in US employment, inflation and GDP figures.

4. US Trade deficit and government debt

Other important factors of influence for the USD include US trade balance and the national debt of the country. Normally, the higher the trade balance and national debt are, the less the demand is for the USD. However, sometimes the reverse effect can emerge, as the high trade deficit and debt might push investors to buy more dollars as a safe-haven asset, just as we discussed in the point number 2.

What moves Euro in Forex? 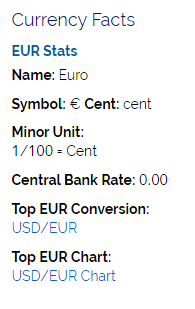 The single currency is the newest currency to be traded among the major currency pairs on Forex market. Globally, as much as 19 nation states of the Eurozone are using EUR as their official currency. As a fact, the Euro is also used by institutions of the European Union. There are 3 key reasons behind EUR movements.

The fundamental drivers of the EUR are mostly coming from the strongest economies in the bloc. These include France, Italy, and Germany. One of the key impact factors for the common currency is the direction of the European Central Bank policy.

The decisions made in relation to the consumer prices and interest rates are also crucial for the EUR value. Furthermore, the indicators of the export trade and unemployment rate of the EU nations have a significant impact on the single currency.

The EU is still dependent on Russia and the Middle East in terms of oil and gas. Thus, a higher demand for these commodities tends to weigh on the value of Euro.

3. Issue with the peripheral economies

One more problem for EUR is the present discrepancy between the levels of the economies in the bloc. In times of crisis, it usually appears difficult for EU leaders to find equally advantageous solutions for all the nations. Speaking differently, the issue with the peripheral economies in the bloc poses a threat to the EUR stability.

What moves Pound in Forex? 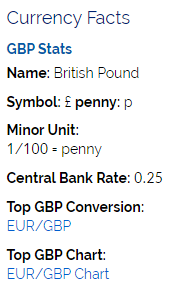 The Pound is the national currency of the United Kingdom. The fundamental factors that move the currency are very comprehensive due to the complexity of the UK economy itself.

London is still being considered as the global Fintech and financial center. The commodity and housing markets in the UK play a significant role in Pound trends. Also, the inflation and the GDP figures of the country certainly have an immediate impact on the GBP.

2. Brexit as a key driver

One of the most important ongoing fundamental factors that have an influence on GBP is Brexit process. Since the UK PM Theresa May got a permission to start Brexit talks, following the EU Referendum on June 23rd, the Pound has been experiencing quite a ride. Normally, currency does not react well to turmoil in markets.

What moves Japanese Yen in Forex? 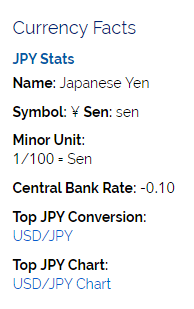 As we continue on the topic 'What moves major Forex currencies', is it necessary to mentioned that the Japanese currency is the strongest and the most traded currency in the Asian market. In fact, the Japanese economy is largely adapted to the industrial exports.

The Yen is vastly perceived by traders as a great safe haven. Thus, when the markets are hit by risk-aversion behavior, the demand for JPY is on the rise. Nevertheless, the Japanese currency is also used by carry traders with the appetite for risk.

The low-interest environment in Japan makes it easier for traders to borrow the currency and then invest in countries with higher rates. Moreover, Japan’s closeness to China sometimes plays a crucial role in JPY trends.

As for the downsides, JPY sees continuous devaluation and interference of the Bank of Japan. The central bank is largely concerned about the disproportionate appreciation of the Yen. The authorities believe that excessive appreciation of country’s currency might damage nation’s export-oriented economy. 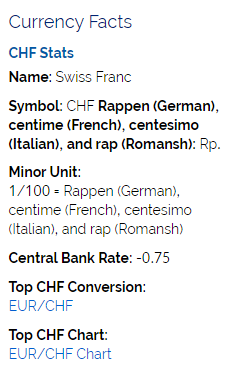 Switzerland has a strong international trade in the world. Hence, the country is enjoying constant and firm money inflows. Such conditions create a good environment for the country’s currency – Swiss franc.

CHF is yet another major currency that is preferred by traders in times of high uncertainty. The perceived safe-haven status of CHF takes its roots from the healthy economy of the nation and its tremendous gold reserves. In fact, Switzerland’s reserves of gold are the seventh biggest in the world.

Just as in the case with Japanese Yen, the CHF is suffering from constant interventions from the authorities. The Swiss National Bank once even pegged CHF to EUR back in September 2011 for the purpose of devaluating the currency.

What moves Canadian dollar in Forex? The Canadian dollar is appearing highly attractive to investors in times when nation’s economy and commodities are on the rise. However, the investors’ community tends to damp CAD when the global economic situation and domestic Canada stance are in turmoil.

The Canadian counterpart of the US dollar is classified to be a ‘commodity’ currency since Canadian economy is tied to exports, just like in Japan. Canada’s exports are mainly flowing to the USA. Therefore, the Canadian dollar is in a certain way influenced by the nation’s southern neighbor.

Furthermore, the Canadian Dollar is highly dependent on the crude oil prices, with the commodity being its main export.