The Reserve Bank of Australia announced a rate cut to a record low of 2.25%, employing a dovish tone in its statement as it noted “below-trend growth and weak domestic demand in the economy”. The bank is seen to be migrating its monetary policy to easing to accommodate the plunge in commodity prices. New Zealand recorded a positive Employment Change q/q of 1.2%, but experienced an increase in unemployment to 5.7% as the number of new labor force entrants was not commensurate with Employment created, therefore accounting for the divergence in unemployment increase and growth in employment in the last quarter.

Reserve Bank of New Zealand Gov. Graeme Wheeler’s speech strongly addressed the issue of interest rate. He argued that the economic situation remained strong, but remained at risk of the housing market, which could affect broader financial stability, therefore dismissing the likelihood of a hike in the interest rate of 3.5%. He also reconfirmed concerns over the high Exchange rate of the NZD stating that "We believe that, over time, New Zealand’s growth differentials will narrow vis a vis the advanced economies, making the New Zealand dollar more likely to undergo a significant downward adjustment," Somehow, the market seems to have perceived this information as positive as the NZD gained in the aftermath of the speech, rising about 130 pips so far today against the USD. 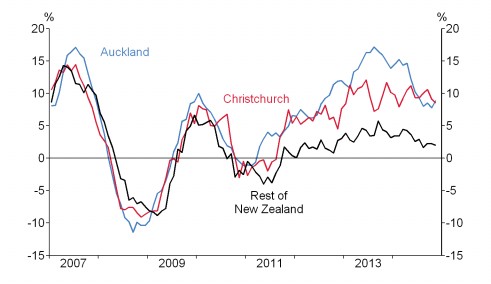 National Australia Bank Quarterly Business Confidence which is a survey of about 1,000 businesses which seeking respondents to rate the relative level of current business conditions and expectations for the near and medium-term future. This survey came at 2, depicting that respondents agree on improving conditions since it is above 0.

Following up from Spanish Unemployment Change figures released yesterday at 78.0k, Spanish Services PMI is scheduled to be released today at 8:15 GMT, estimated for a slight increase to 54.5 from 54.3 in the previous month. The Italian Services PMI is also scheduled for release by 8:45 GMT, with forecasts showing a possible increase to 49.9 from 49.4.

UK Construction PMI released yesterday was positive 59.1, an unexpected rebound from the slow pace recorded towards the end of 2014. The good results were attributed to by improving order books and rising confidence as shown in the survey. Today, Services PMI, which is also a leading indicator of economic health, shows the relative level of business conditions including employment, production, new orders, prices, and inventories. It is forecast for a slight increase from last month to 56.6.

U.S ADP Non-Farm Employment Change is expected to show continued growth in employment, but the focus seems to mainly be on wage growth at the moment. Although it carries less impact than the NFP, an unexpected weak release in today's ADP may lead to increased concerns that the U.S is vulnerable to foreign turbulence. ISM Non-Manufacturing PMI is estimated at 56.6, as marginal increase from previous 56.2.