January 11, 2019 | AtoZ Markets - ETX Capital, one of the UK's online trading providers, offering spread betting and CFD trading services to retail, has confirmed that the company's CEO Arman Tahmassebi left the firm. The news came only a year after his promotion to the position.

Tahmassebi replaced Andrew Edwards in 2017, who resigned from ETX Capital CEO position after serving within the firm for 14 years. According to the local news, Tahmassebi will be replaced by co-CEO Philip Adler, who was hired by ETX Capital in 2018 as the chief operating officer.

Alongside, John Wilson, will be appointed to manage the day-to-day responsibilities. Previously, John Wilson was a non-executive chairman of the company. Commenting on the ETX Capital news, Wilson expressed his gratitude to Tahmassebi from the company's board of directors. Wilson expressed his appreciation for his hard work and dedication as “the chief operating officer, and last year as CEO.” He made a significant and positive contribution to the development of the company, and we wish him all the best in his future endeavours,” added the new director of the company.

What do we know about the new leaders of ETX Capital?

The new co-CEOs of ETX Capital have extensive experience in retail and institutional trading. For example, Philip Adler (pictured below) joined ETX in July 2018 as a chief operating officer after spending 20 years in business. During his career he held senior positions at GNI, MF Global, IG Group, Solo Capital and ED & F MAN. John Wilson (pictured below) has been Chairman of the Board of Directors of ETX Capital since 2010. He has spent most of his career in equity and equity markets and has extensive experience in the trading industry. For the past three decades, he has held senior positions at UBS, Lehman Brothers, and Baikal Global. 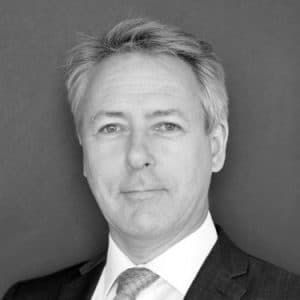 The change in the management of ETX Capital occur at a critical moment for the European trade industry. Especially, after new regulatory changes in the sector, with brokers opting to move to new Forex markets in Asia.