Get VIP Trading Signals Market Watch
Trade Now Your capital is at risk.
The Ethereum Foundation has released their first annual report. In the report  the Foundation convey its mission to its community.  It also delves into its $1.6 billion Treasury holdings along with expenditure details.

What is Ethereum Foundation?

The Ethereum Foundation is a non-profit organization dedicated to supporting the development of the Ethereum protocol and ecosystem. The Foundation was established in 2014 and is overseen by a team of experienced professionals from the cryptocurrency and blockchain space. The Foundation's mission is to promote and support the growth of Ethereum as an open platform for decentralized applications, enabling anyone to build and use Ethereum applications without permission or third-party interference. 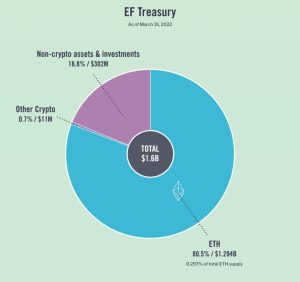 The biggest non-profit organization in the world has announced the amount of treasury assets it holds.

The Ethereum Foundation released a new report on Monday, in its effort to enhance transparency and share its mission with its Ethereum community. The report, which is 28 pages long, revealed that the treasury assets of the nonprofit totaled $1.6 billion at March. 31, 2022.

The report also detailed what it is that the Foundation is able to manage its assets in order that it will continue to fund Ethereum projects in the Ethereum ecosystem. "The EF follows a conservative Treasury management policy to ensure that there are enough resources available to meet the Foundation's main goals, even in the event of a long-term market recession," the report stated.

Furthermore The Ethereum Foundation has also clarified the position it takes regarding the sale of its ETH reserves to boost the savings it makes outside of crypto. The Foundation stated that it regularly sells some of their ETH reserves to meet the rising cost of ETH to ensure more security margins for its budget.

The past times when the Ethereum Foundation has repaid included selling 70,000 ETH at the peak of the bull market in 2017 and 35,000 just following the peak in May 2021 and another 20,000 the same day Ethereum reached its all-time highest of $4,878 on Nov. 10. The time of Foundation's ETH sale has prompted some in the crypto world to watch for portfolio rebalancing as a sign that Ethereum could have reached lows in the short-term to medium-term. 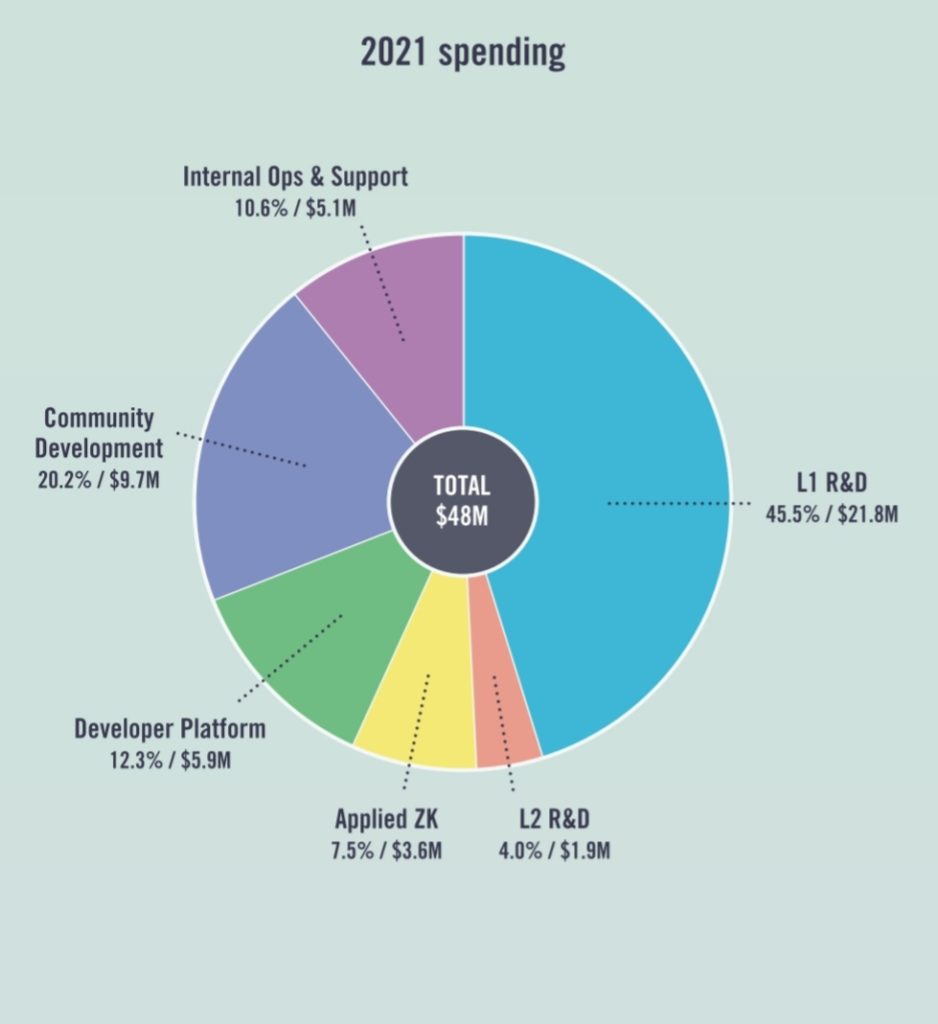