Our AtoZMarkets Ethereum guide for dummies explains what the second-biggest cryptocurrency is, how it works and how you can use it in everyday life.

AtoZ Markets - Ethereum or ether are two names for one cryptocurrency and a functional decentralized environment. Ethereum can hardly be called Bitcoin 2.0, as it is something different. However, at the starting point, we could call Ethereum as Bitcoin's younger brother as it was built with reference to this cryptocurrency. This article was written as an Ethereum guide for dummies. 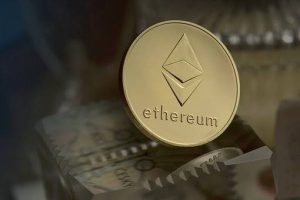 You might be wondering, why Ethereum was called that way? This is an important question you need to know in this Ethereum guide. Vitalik Buterin says in that regard: “I was browsing a list of elements from science fiction on Wikipedia when I came across the name. I immediately realized that I liked it better than all of the other alternatives that I had seen; I suppose it was the fact that sounded nice and it had the word "ether", referring to the hypothetical invisible medium that permeates the universe and allows light to travel.”

Each logo that represents a certain brand has a hidden meaning. It could be the main feature of the product, the company’s name or the main credo of the corporation. It seems that there is no secret in the Ethereum logo. George Hallam, a representative of the external relations of Ethereum, once said that there is no hidden meaning behind the logo of Ethereum - it is just an octahedron in a Platonic solid. The logo was designed by Richard Stott, the Creative Designer of Ethereum. “We don’t need to explain what we do, we just need to explain why we do it, “ the Ethereum designer said in one of his interviews. The octahedron is unique among the Platonic solids as the only member of that group to possess mirror planes that do not pass through any of the faces”, Stott added.

Who Are the Founders of Ethereum?

The main Ethereum co-founders are Gavin Wood and Vitalik Buterin 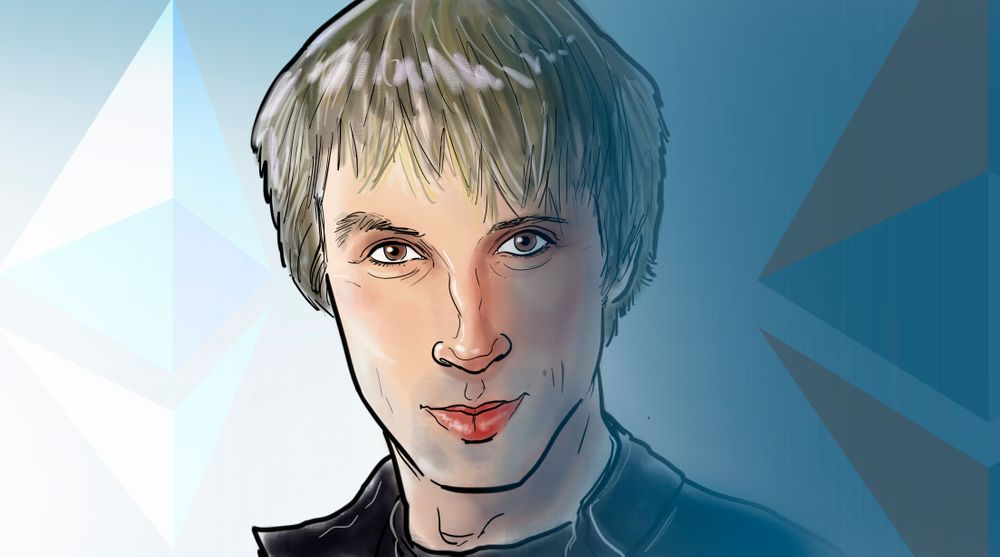 Vitalik Buterin, a Canadian developer with Russian origins, is the main ideological inspirer of Ethereum, the digital coin that is said to have been born in 2013. Buterin became interested in blockchain in 2011 while he was releasing his Bitcoin Magazine. 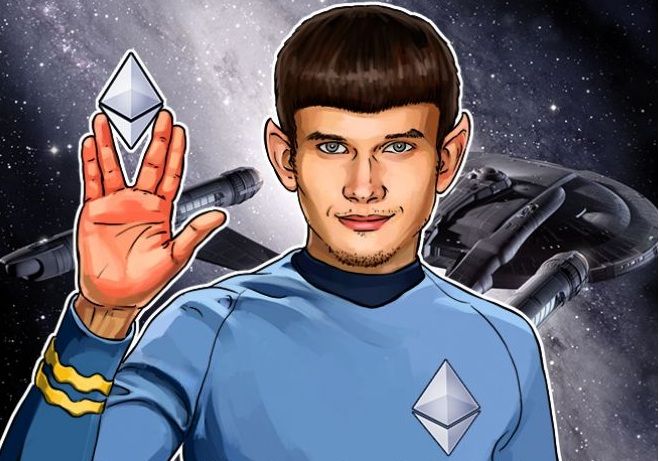 “The idea to create Ethereum did not come immediately”, as Buterin recalls. “At first I tried to promote it in the project for which I worked, but I was told that I needed a year for implementation, then I quit. I remember walking in San Francisco, thinking, and then after a while I wrote a white paper and shared with my friends and they shared my ideas with others” In 2014, Vitalik and his colleagues began a fundraising project for the development of their platform.

Eventually, the Ethereum ICO collected 31,191 BTC and attracted the attention of banks and financial institutions. The platform was launched in July 2015, but it started to function practically in March 2016 after releasing the Homestead protocol.

How is Ethereum used?

Ethereum offers three different ways of usage: as a payment instrument, as an asset storage form or an investment asset. Ethereum allows creating decentralized projects and startups based on the blockchain and smart contracts. A smart contract is one of the foundations of Ethereum. It is an algorithm that allows us to carry out contracts within the blockchain.

Smart contracts are built so that the execution of a particular action occurs only when certain conditions are achieved. Ethereum is also able to perform the same functions of Bitcoin, Litecoin, Dash or Ripple. This platform allows creating a wide range of projects such as charitable foundations and applications for sports betting or poker rooms. Ethereum platform is open so everyone can get access to it. An environment of the platform allows creating a startup or application without having serious technical training.

Having said that, how does smart contract work? Of course, we have also discussed the answer in this Ethereum guide.

How Does the Ethereum Smart Contract Work?

To better understand how smart contracts work, let’s imagine that there are Bob and Alice. Bob needs a website and Alice is a full-stack developer who can build it. Bob and Alice signed the contract for 20 ethers (ETH). On the Ethereum blockchain, Bob has hardcoded the requirements and conditions for the soft of the website he needs, so he arranged smart contract conditions. This blockchain will act as an evaluator of Alice’s work after she submits the website to Bob for approval.

After Alice submits her work on the blockchain for evaluation, Bob reviews to check if the requirements were met, and the contract self-executes the payment to Alice. If the conditions are satisfied, Bob can not stop the payment. However, if the smart contract conditions are not met, Alice needs to continue working until that fulfills. That is why Ethereum is more than a currency to hold and invest in, as this kind of smart contract system has significant technological implications. The code is written on the Ethereum blockchain, according to its founders and cannot be altered, tempered, or hacked. 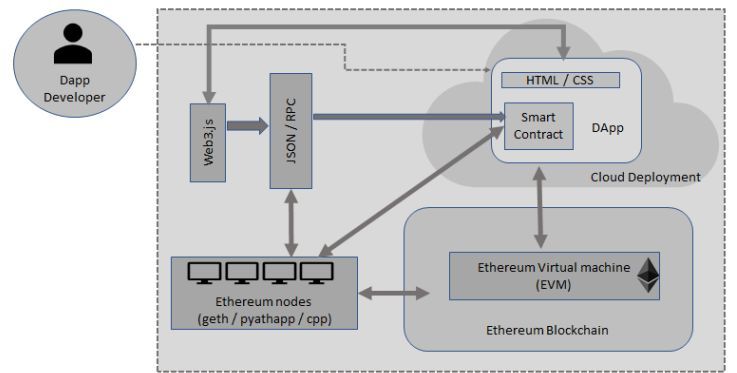 Ethereum platform uses the Proof-of-Work that requires the computational power of the participants for the safe operation of the network. Miners receive a reward for finding the block signature - all this is very similar to Bitcoin.

After the hacking attack which happened on June 2016 when 50$million were stolen from the platform, and the long debates that took place against the background of the incident, the Ethereum community decided to return the stolen funds by changing the blockchain code (hard fork). After this procedure, the funds turned up on a new smart contract that allowed owners to pick up their tokens. However, the consequences of this decision are not completely clear, yet. The fact is that Ethereum is based on the blockchain technology, which postulates the irreversibility and immutability of any transactions in the ETH network. 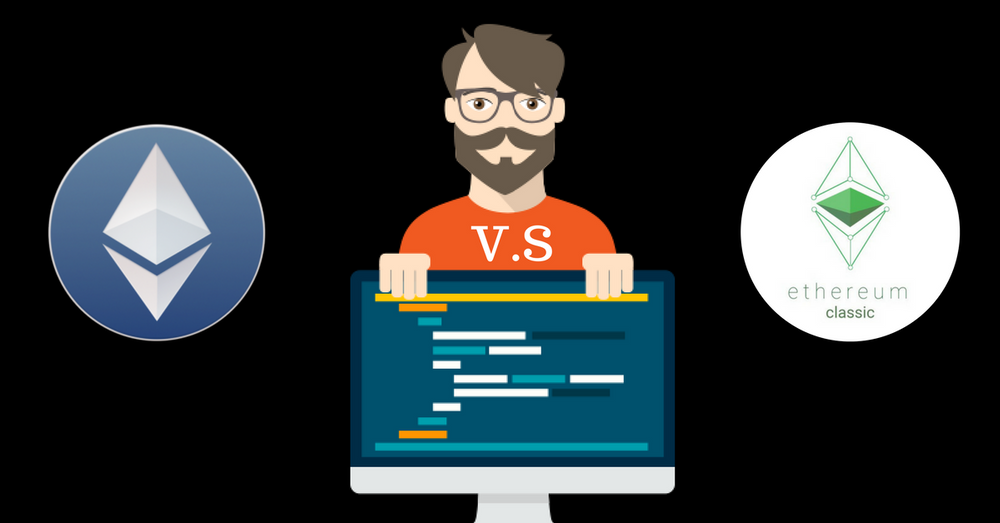 Thus, by rewriting the rules of the blockchain, Ethereum contradicted the base of the technology. This case put the community of Ethereum and its founders at risk, as if they did not return the money of investors, it could affect the reputation of the network. As a result, the majority of Ethereum community members voted for a hard fork and the return of investors' money, but not all agreed with this approach.

This led to a split, and now there are two parallel networks: those who did not agree with the possibility of any changes in the blockchain use Ethereum Classic, and the majority, who agreed to backdate to rewrite a small part of the blockchain, simply represent Ethereum. Both networks are functionally identical and have the same transaction history - up to the block on which the hard fork was implemented. Since then, the paths of the two blockchains have diverged.

What Is the Difference Between Ether and Ethereum?

Many in the crypto community are confused by this question. Let's clarify this in this Ethereum guide for dummies. You might think at first, that Ethereum and Ether are two meanings for the same concept. However, you will be wrong. Ethereum is a decentralized blockchain-based platform and Ether(ETH) is the cryptocurrency or fuel for Ethereum’s blockchain that runs the Ethereum network. Ether (ETH) can be bought and sold. It can be programmed for many use-cases like for running DApps, enabling smart contracts, generating tokens during ICOs, and for making standard P2P payments. Ethereum (or Ether) is also called programmable money.

Ethereum isn't perfect as you may think. It has its strengths and weaknesses and that is what we will reveal next in this Ethereum guide.

Pros and Cons of Ethereum

The main pros of Ethereum are:

Although there are certain cons of Ethereum such as :

That said, you may now be wondering about how you can buy this cryptocurrency. Read on as this Ethereum guide will show you how to do that.

How to Buy or Get Ethereum?

You can acquire Ethereum in a few simple ways. You can buy it on a cryptocurrency exchange like LiveCoin, Bitfinex or WEX. Also, you can get Ether through cryptomate, a platform that allows purchasing cryptocurrency via instant bank transfer. Eventually, you can mine Ether by yourself. The first option is the simplest and most affordable.

If we talk about cryptomate it is not very common and not all support the broadcast. In both cases, you need you to need to have a wallet to store your crypto. The mining requires an initial investment, whether it is an independent mining of ETH or the use of cloud services. Therefore, ETH is difficult to consider as a long-term mining option. Ethereum cloud mining is the most affordable and most profitable way to get ETH coins today by purchasing a contract for 1-3 years from specialized data centers with special Ethereum mining farms. The cost of contracts starts at $2.

How to Store Ethereum? Types of Ethereum Wallets

It is important to know that the loss of your private key is more serious than the incorrect use of a password to it - this can lead to the irrevocable disappearance of all your ethers. In such circumstances, today there are a large number of variants of Ethereum wallets, which store crypto. These include web wallets (browser, online), desktop wallets (hardware wallets), hardware wallets (hardware wallets), paper wallets. The choice of a particular option depends entirely on personal preferences in matters of convenience and safety. In this case, usually, these two characteristics contradict to each other, since the more convenient wallet is the worse its security.

What Is the Future of Ethereum? Will There Be Any?

Now that you have come to the end of this Ethereum guide, let us discuss an important question we have always received from some in the crypto community. But what do you think? Is there any future for this coin?

Ethereum has seriously revived the entire cryptocurrency world, showing the versatility and flexibility of the blockchain despite that many underestimated the moment when the full version of the network of the Ethereum (Homestead) came out. This was the starting point for the entire cryptocurrency market and triggered a boom that lasted several years. Ethereum platform allowed developing decentralized projects in a distributed registry using smart contracts.

Ethereum allows you to use the blockchain not only for recording and storing data about transactions it opens new areas by laying a brick of a potential IT revolution. A revolution that decentralizes a number of processes and eliminates mediation in many areas. That is why Ethereum is so popular. And the fact that the network is constantly evolving only adds to its prestige. Some experts suggest that ETH has the potential to beat Bitcoin. The future will show how powerful the Ethereum platform is. However such giants as Microsoft, Santander, JP Morgan, Intel, Sberbank believe in it.