Get VIP Trading Signals Market Watch
Trade Now Your capital is at risk.
March 18, 2019, | AtoZ Markets - For many of those who wish to know the difference between Blockchain and database, it is best to start by a basic explanation that they are different in design, the method these technologies use.

Difference between Blockchain and Database

Blockchain technology uses a different system regarding these data and entries. For a Blockchain database, users are those who keep and update new entries into the database. In blockchain, all the nodes work together to determine that they are making the same conclusion. This results in having inbuilt security on the blockchain network. Both systems have their advantages. Blockchain technology is useful for keeping a record of certain functions, while a centralized database in good for other types of roles. 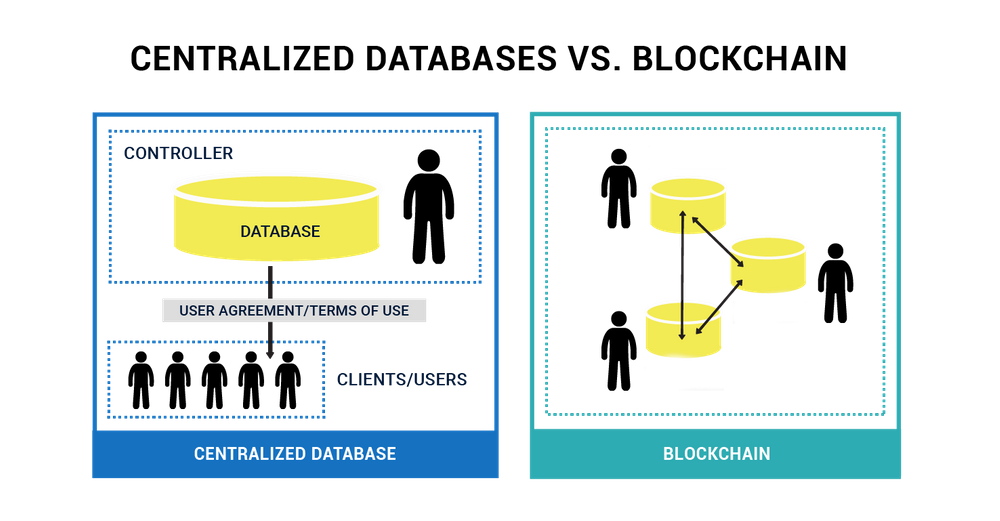 On the other hand, a database runs on the web is typically using client-server network architecture. This means that a user with authority associated with his account can change data. But, a user can also change entries stored on a centralized server. If the master copy is changed. Users will get the updated version of the database entry every time when they access the web from their systems.

A decentralized system of control

If two users don't trust each other and don't want to share the information without needing a central administrator. Then Blockchain technology should be used. In this technology, transactions are processed by a massive network of users who act as intermediaries. This makes sure that everyone is creating the same shared system of record at the same time.

The good thing about decentralized control is that it eliminates the risk of the existence of centralized control. By using a centralized database, anyone with enough access to the system can change or corrupt the data in it. This is where users become dependent on the administrators.

There are also few administrators that have earned the trust of time. User's money is highly impossible to be stolen by banks. Since they keep the record of the money held in private databases. This is the reason that many users prefer to choose centralized control. But this also means that the institutions that have control must spend a significant amount of fees to keep those centrally held databases safe.

Most centralized databases keep the info which is up-to-date only at a certain moment. Meaning that they have a snapshot of a certain moment. This is where Blockchain technology has a huge advantage over the database. Blockchain technology can keep the info in real-time and have all the information that appeared in the past. It can create databases that have kept histories of themselves. Which means that they constantly grow and expand archives of their histories while offering a real-time status.

Even though Blockchain technology that can be used as a perfect system of record and is a great solution as a transaction platform, it is still quite slow as compared to a database as the possibilities of a digital transaction system that PayPal and Visa offer.

While developers from all over the world are constantly working on improving the performance of the system, Blockchain technology still has to consider how to solve the speed of transactions and user experience. Distributed networks in Blockchain do not share processing power, but they all independently operate on the network and compare the results of their work with other participants on the network until there's a match.
On the other hand, centralized databases are present and active for decades. They also had a chance to increase their general performance with a well-known concept that comes in the form of Moore's Law.

Bitcoin and other cryptocurrencies such as Monero are famous for being an uncontrolled database, which means that anyone can add a new block to the chain. It can also able to read a block in the chain. However, a centralized database can be a controlled database, meaning that the network can be set up for only those who have permission to read and write blocks into the database. So, where confidentiality is the only focus, Blockchain technology has no advantage over a centralized database.

To add some confidential information on the Blockchain network, a lot of cryptography needs to be changed, which adds an extra burden to the nodes in the blockchain network. There is still no easier way to do this than simply hiding the information completely in some private database that doesn't need a network connection.

Depending on the need, there's always one of those two systems that might be more suitable now, but in general, they both have different advantages and disadvantages.