CoinMarketCap delists Bitfinex exchange and will no longer show data from the crypto exchange following a $300 premium. Meanwhile, other cryptocurrency exchanges have been given a 45-day grace period to submit live trading data and order book data.

As per the report released by TIE on March 20, 2019, about 60 percent of the 100 crypto exchanges transfer fake volumes. As a result, CoinMarketCap announced on its blog the creation of the Alliance for Accountability and Data Transparency (DATA) to ensure "greater transparency, accountability, and disclosure of information about projects in the cryptocurrency space."

According to the announcement, a large number of exchanges have already joined the new alliance, including Binance, Bittrex, OKEx, Huobi, Liquid, UpBit, IDEX, OceanEX, Gate.io, KuCoin, HitBTC and Bitfinex, with more partners expected in the near future. 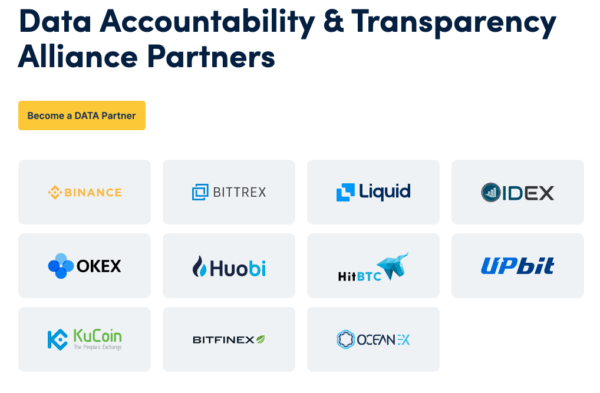 These exchanges have been provided with a grace period of 45 days to submit their information on real trading and order book data as a requirement to account for their price on the website.

Nevertheless, after growing $300 premium on the BTC rate on Bitfinex, CoinMarketCap decided to exclude the exchange from the market capitalization assessment. In the past, CMC has deleted other sites such as Bithump, Coinone and Korbit, due to "excessive price divergence with the rest of the world and limited arbitrage opportunities."

Bitfinex has experienced a massive departure of traders since the New York City Attorney General's office announced that Bitfinex and Tether used tether funds in an unethical way. As AtoZMarkets earlier reported, the investigation established that the exchange had been involved in hiding the apparent loss of $850 million. Now the company was required to stop further distribution of assets in US dollars, which support Tether tokens, while the investigation continues.

It seems that Tether holders exchanged their tokens for other cryptocurrencies, such as Bitcoin, Ethrereum and other stable coins, to withdraw them from the exchange. This is probably the reason for the sudden rise in prices on the platform, which led to its removal from the CMC.

Bitfinex to Issue an Exchange Token

While experiencing its own controversy, the Hong Kong-based crypto exchange announced on Weibo, a Chinese microblogging website that it will soon issue a proprietary exchange token. However, it is still unclear how the plan will be implemented or what exactly the participants will be offered proposals on the exchange of tokens.

At the time of writing, Bitcoin price is trading on Bitfinex around the $5,969 level, while its weighted average rate on Coinbase is $5,702.