Get VIP Trading Signals Market Watch
Trade Now Your capital is at risk.
June 16, 2021, | AtoZ Markets - The industrial metals market has seen news today with China's announcement that it will release government reserves, in an attempt to minimize the current shortage and control the price level of raw materials.

Let us remember, that among metals there are several categories. The first is the so-called precious metals such as gold, silver, platinum and palladium.

The second category is made up of base or non-ferrous metals such as aluminum, copper, tin, nickel, lead and zinc, among others. There is another category for iron and steel, and another for minor metals such as cobalt and molybdenum.

Also, the London Metal Exchange is the world center for industrial metals trading. The platforms are used as the global reference price and both the metal and investment communities use the LME to transfer or take on risk, 24 hours a day. 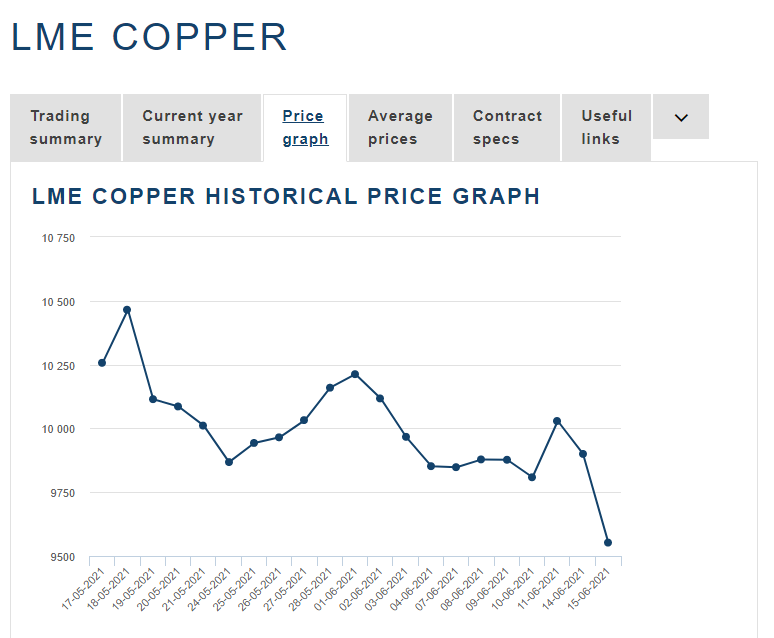 For its part, Beijing ordered state-owned enterprises to limit their exposure to foreign commodity markets.

This move by the Asian government is due to increased concerns about the sharp rise in raw materials prices. Last month, China's Economic Planning Agency warned about "excessive speculation" in this sector and promised to control hoarding.

The markets reacted to this news by hitting the benchmark prices of the main industrial metals globally.

Meanwhile, commodities have been rising steadily on the back of the post-pandemic recovery in the world's major economies, and copper, which is used in everything from electric vehicles to domestic wiring, hit a record high of more than $10,500 per tonne last month.

China has not officially disclosed its national reserves of industrial metals, but it is speculated that it could have stored about 500,000 tonnes of copper, and up to 700,000 tonnes of zinc.

However, we must not forget that China consumes around 15 million tons of copper every year.