Get VIP Trading Signals Market Watch
Trade Now Your capital is at risk.
AtoZ Markets – With Bitcoin Core (BTC) and Bitcoin Cash (BCH) in the market, the emergence of Bitcoin SV(BSV) has made people confused as to what it is and which cryptocurrency should they choose to invest in. This article will clearly identify the differences between the three and explain why the most recent Bitcoin SV is the go-to digital currency today.

Twelve years ago, Dr. Craig S. Wright, under the pen name Satoshi Nakamoto, released “Bitcoin: A Peer to Peer Electronic Cash System,” a white paper defining a decentralized digital payment system that uses an immutable public ledger of transactions called the blockchain. Validated Bitcoin transactions are added onto a block; and once a block has reached its full capacity, it will then be added onto a previously completed block that forms a chain. To have as many transactions fit into a block is important as it means more generated income for miners. 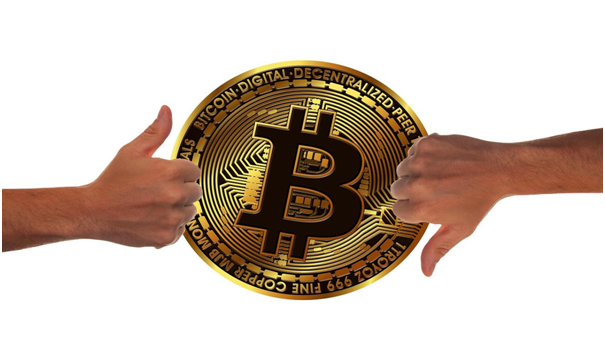 After almost a decade of success and many years of disagreement over scalability, the Bitcoin community was divided into two. Bitcoin Core (BTC), did not want to scale and opted to keep the original 1MB block size cap, which offers no room for more transactions. Their answer to the scalability issue is to process other transactions off-chain through “Segregated Witness” or SegWit, a code change that diverged from the original Bitcoin Protocol. It is a highly controversial move as what SeqWit did was made it possible for these off-chain transactions not to be traced because they do not leave an audit trail.

This scaling battle ended with Bitcoin Cash (BCH) being established on August 1, 2017. BCH went down the original path designed by Nakamoto by choosing to keep all transaction records on the blockchain and increasing the block size cap to 32MB.

However, the BCH community was still not unanimous in all of its beliefs. A faction of protocol developers headed by ABC implementation wanted to stop scaling and keep the block size cap to just 32MB. They also sought to make changes to the Bitcoin Protocol that would create an anonymous system that cannot be traced by authorities—something that is the opposite of Nakamoto’s vision because he stated that Bitcoin should always exist within the law for it to be valid.

On November 15, 2018, 10 years after the white paper was released, Bitcoin SV (BSV) emerged with the goal of staying true to Satoshi’s Vision of a highly scalable Bitcoin blockchain. This date became known as the Bitcoin Independence Day. In less than a year, on July 24, 2019, Bitcoin SV introduced the Quasar Protocolupgrade, which increased the then-default clock cap size of 128MB to 2GB.

What BSV Stands For

Bitcoin SV obviously stands for Satoshi’s Vision. It is all this and more. In being faithful to Nakamoto’s design, Bitcoin SV has geared itself towards massive scaling through the Genesis Upgrade in February 2020, which brought back the original Bitcoin Protocol and laid the groundwork for limitless scalability. This crucial update also implemented the original Bitcoin script language to make it easier for developers to build on-chain applications.

Bitcoin SV is the rebirth of Satoshi’s vision of Bitcoin. It is a highly scalable network that operates on a stable Protocol. It prides itself in being valid and legitimate because it always works within the law. Bitcoin SV is continuously upgrading in order to accommodate more applications on-chain and ensure its increasing profitability in the decades to come.

Telsa reports $64 million profits from Bitcoin, now backs out
Broker of the month!