A regulatory filing with the UK’s Companies House revealed that London-based brokerage firm, Abshire-Smith is closing down its operations in the United Kingdom for two major reasons.

January 3, 2019 | AtoZ Markets- News reaching AtoZMarkets reveals that Abshire-Smith Global Ltd, a British foreign exchange and contracts for difference (CFD) broker is closing down its UK operations. The UK Companies House was the first to disclose this recent development in relevant legal documents. 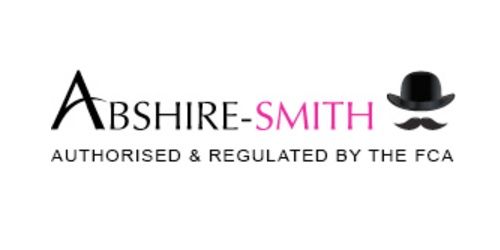 The CEO and founder of the brokerage firm, Adam Neal, has confirmed this move, stating that the broker is winding down its business in the UK.

"In the context of the UK and EU foreign exchange and CFD legal adjustments, we will be behind 12 months, reshaping the business, including reshaping the relationship with customers in the UK, Europe and clients around the world. No customers will be affected by this change."

Reportedly, Abshire-Smith closure of the UK operations is due to the ongoing uncertainty in the Brexit period as well as the tightening of regulation by the European Securities and Markets Regulatory Authority (ESMA). These two reasons caused the broker to look elsewhere.

However, Abshire-Smith is not just the only brokerage company that has made this move. The news of this brokerage firm winding down its UK operations comes several weeks after another two brokerages, Formax Prime and Fixi Markets announced closing its doors in the same country.

As reported by AtoZMarkets, Fixi Markets stopped operations in December 2018 and all client funds have been frozen by the Financial Conduct Authority (FCA). It appears that the UK regulatory watchdog is currently investigating the company’s accounts. As regards Formax Prime, it also shut down operation in December last year, allegedly due to the tough regulatory laws across the European Union.

At the moment, a large number of brokers and financial institutions are reevaluating their business in the UK and in the EU, due to regulatory changes made especially in 2018. Therefore, the Brexit results will be very fast this year on the premise of the arrival.

As for the prospect of Brexit, France's top three investment banks – Societe Generale SA, BNP Paribas SA, and Credit Agricole SA are preparing to move London's 500 positions out of the UK, the majority of which will be placed in Paris.

Abshire Smith is an FCA regulated broker and the company is located in the heart of London. In addition to providing forex trade and CFDs and stock trading, the broker also offers swap-free trading accounts to active clients.

The broker has so far received three notices of compulsory strike-off since 2011, and the company's registrar warned that unless the reasons are contrary, the company will be struck off from registration and dissolved.

JPMorgan Bank Accumulates Cash and Does Not Believe in Transitory Inflation

ASIC Extends Relief for Foreign Firms Until 2023
Forex Crypto
Top 5 Forex Brokers
Top 5 Crypto Exchanges
Your subscription could not be saved. Please try again.
Thank you for subscribing. You will be the first to receive all the latest news, updates, and exclusive advice from the AtoZ Markets experts.
Everyone is reading
Ripple Lawyers Object SEC’s Request to Extend Discovery Deadline
SEC Lawsuit Against Ripple May Drag On Until 2022
Ethereum Sustains Below $2,500 Psychological Area - Bears to Push the Price Downside?
close ×