Get VIP Trading Signals Market Watch
Trade Now Your capital is at risk.
Bitcoin is on the verge of collapse due to investors who bought BTC at a higher price from August to September, according to Glassnode.

Most of the current market participants are long-term Bitcoin hodlers and buyers. This is the conclusion reached by Glassnode analysts in their latest report.

According to experts, at the time of this writing, about 9.6% of all wallets own coins purchased in August and September. Now this part is in unrealized minuses, since the cryptocurrency rate has decreased, but the owners of the coins have not yet sold them. 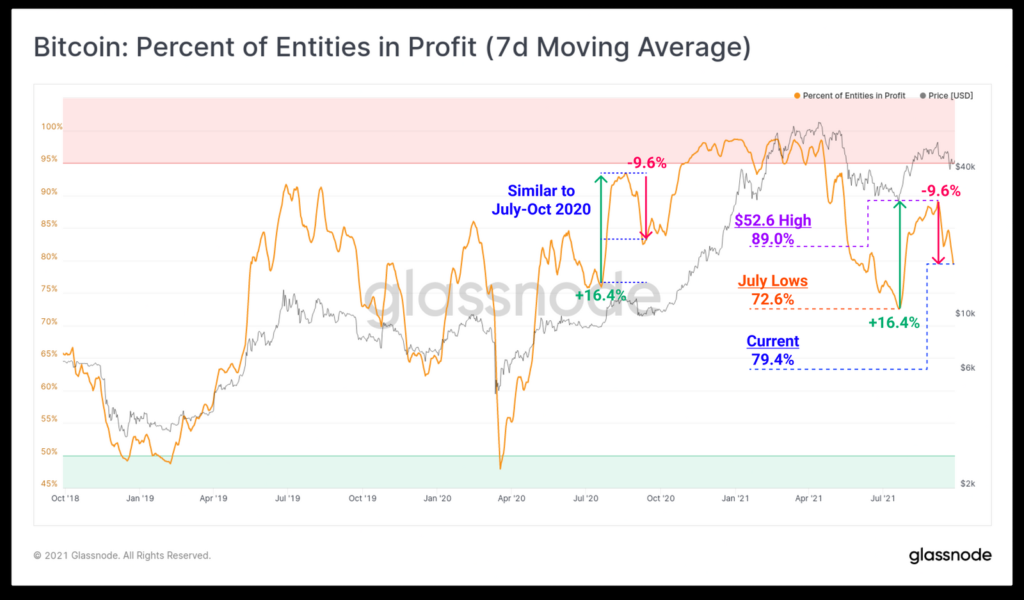 As you can see in the chart above, the current situation is similar in fractal to July-October 2020. Then there was a similar volume of addresses "in the minus" after a sharp recovery from the collapse of March 2020. However, then the hodlers were still able to resist a panic sell-off, which was followed by the well-known rally to $ 20,000+.

The key question, as they write in Glassnode, is whether the owners of the coins, who bought the cryptocurrency from August to September, will sell their assets to themselves at a loss. If so, this could provoke a further depreciation of bitcoin.

It is also an open question whether the remaining hodlers, which can potentially provide sufficient support by buying up cryptocurrency, will interfere with the bears' plans.

According to experts, hodlers can at least try to keep the course in their current positions. This is because long-term investors now hold more than 80% of Bitcoin in circulation. Despite low on-chain activity, there are still hints of "extreme coin holding behavior", writes Glassnode. 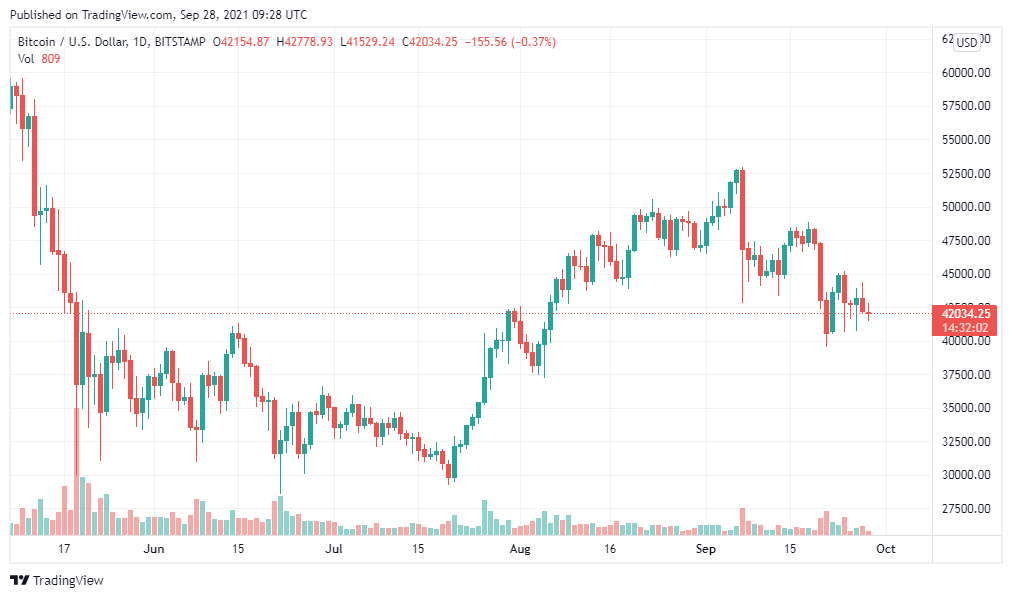 The price of bitcoin in the BTC/USD pair at the time of writing is $42,o34. Market capitalization has dropped to $790.9 billion.