August 31, 2021, | AtoZ Markets – A powerful short squeeze is moving into the cryptocurrency market. This is the conclusion reached by Glassnode analysts. According to them, a strong divergence between the value of assets and their on-chain activity suggests that the accumulation phase is ending, and the market is preparing for a new rally.

For example, the number of active addresses on the Bitcoin network is currently about 275,000 per day. This, as seen in the chart below, is 35% below the January peak. 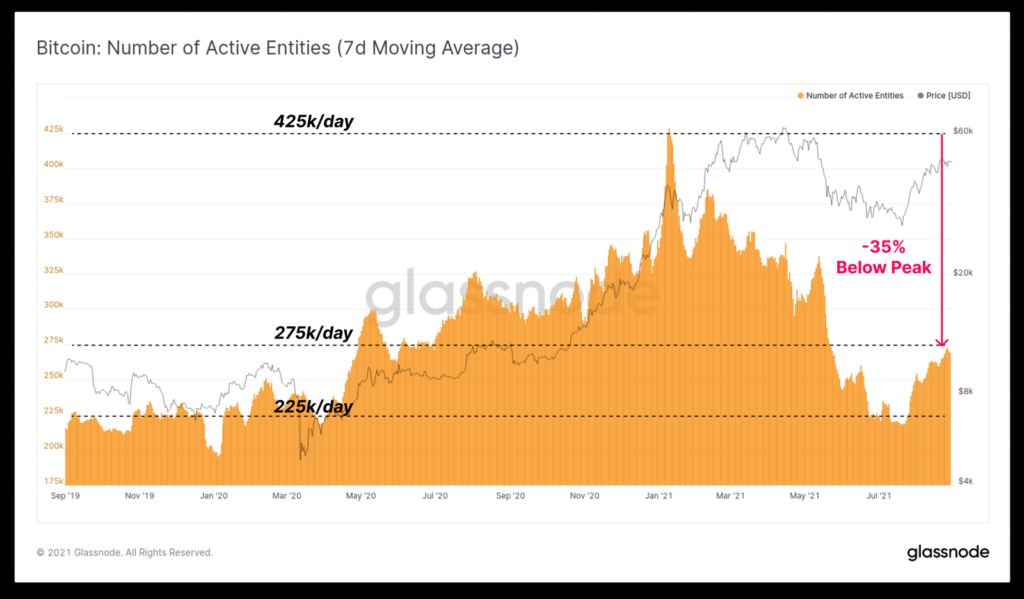 The same drop was seen with ether. Despite the fact that there are many more active daily addresses on the Ethereum network (450 thousand), this is still 33% lower than the May peak. The current activity on both networks is similar to "a stable range of savings before the bull period," says Glassnode. 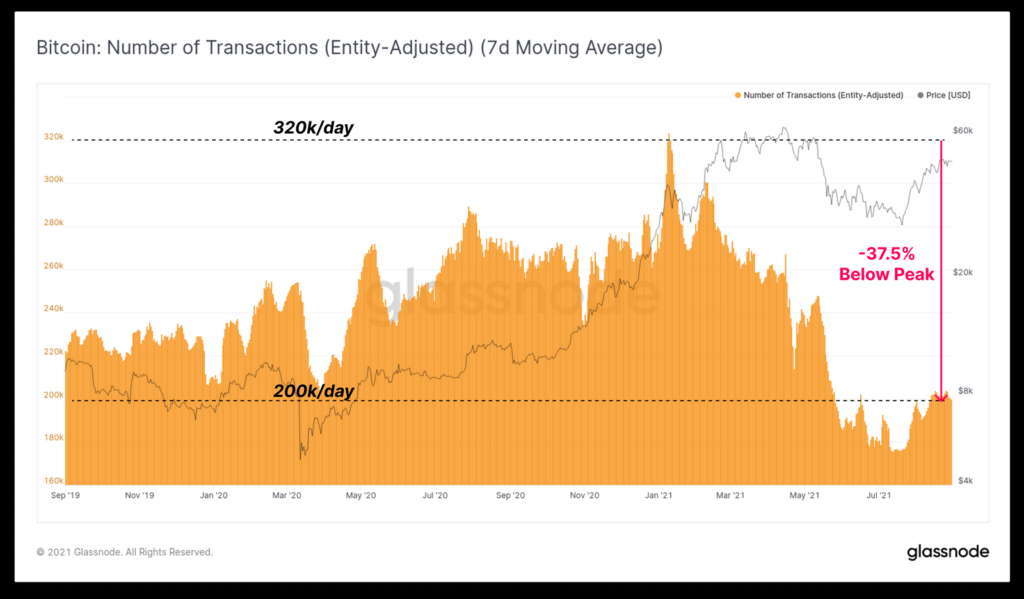 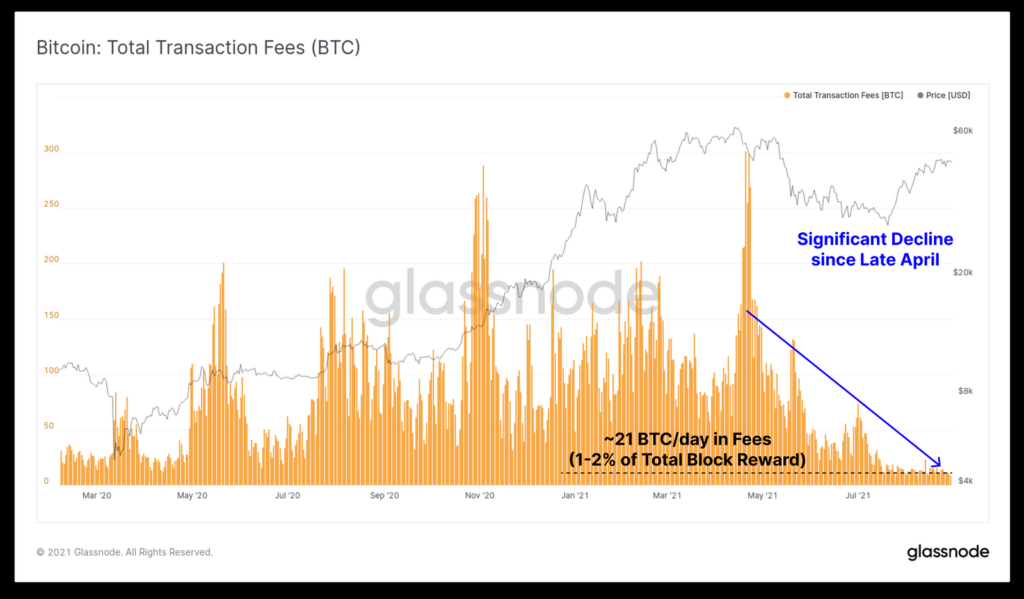 However, in the case of Ethereum, the situation looks different. Here, the volume of commissions is falling, but the average check, on the contrary, is growing. This, according to experts, may be due to the high demand for non-fungible tokens (NFT). At the time of this writing, the total daily commissions in the Ethereum network amounted to 10,000 ETH ($32.4 million).

See also: Ethereum Will Exhaust Its Potential by 2023 – Charles Hoskinson

Experts admit that such a strong divergence between the price of an asset and its on-chain activity has historically been abnormal for a full-blown bull market. However, it is not uncommon to warm up before a rally or short squeeze coin offerings. In general, according to Glassnode, such periods often accompany the end of coin accumulation in a bear market.