Following an outage that lasted more than 1 hour, furious Binance customers affected by the Bitcoin price crash have been trying to get their money back.

July 12, 2021, | AtoZ Markets – World’s largest cryptocurrency platform Binance froze for over an hour just as the price of Bitcoin and other cryptocurrencies plummeted back in May.

Traders, who had made leveraged bets on their rise, were locked out. As losses steepened, the exchange seized their margin collateral and liquidated their holdings.

Binance customers want a refund after an outage

According to Wall Street Journal, a Binance user, Anand Singhal said he lost his $50,000 plus $24,000 he had made in previous trades.

As a result, disgruntled Binance users worldwide have been trying to get their money back.

Mr. Singhal, along with 700 other affected traders, has formed a group and is working with a lawyer in France to recover their losses. Another group in Italy is also petitioning Binance over the same issue. Lawyers representing the Italian group sent a letter to 11 Binance addresses they could find in Europe and an email to the help desk.

However, the issue is that Binance is unregulated and has no headquarters, thus making it difficult for traders to figure out whom to petition.  Like most cryptocurrency exchanges, Binance has always struggled to find a place to call home.

Commenting on the incidence, a Binance spokesman said extreme market volatility, like on May 19, can create technical bottlenecks for it and other exchanges.

“We took immediate steps to engage with users affected by the outage," and to provide compensation, the spokesman said. He added that “we remain happy to speak to anyone who reaches out to us with a concern about the outage."

In an open letter published July 7, Binance founder Changpeng Zhao said the exchange was committed to being compliant with appropriate local rules. But he has dismissed the idea of having a headquarters, saying it is an antiquated concept.

As AtoZMarkets reported, Binance is under investigation for money laundering and other illicit activities by the DOJ and IRS, according to Bloomberg. And while Binance US has not responded to our request for comment, the company responded to Bloomberg back in May with, “We take our legal obligations very seriously and engage with regulators and law enforcement in a collaborative fashion.” 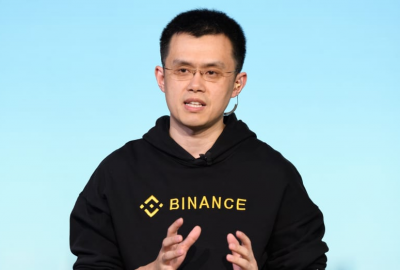