Get VIP Trading Signals Market Watch
Trade Now Your capital is at risk.
When you start out trading for the first time, it can be overwhelming. As part of your trading plan, you will need to decide which trading session you will focus on. To help the novice traders, I made the comparison between the best Forex Trading Sessions. Taking a look at the characteristics of the Asian, the European and the North American trading sessions.

Among the facets differentiating the Forex market from other financial markets is its high liquidity and accessibility. You can trade 24 hours a day beginning on Monday and until Friday. The best Forex trading sessions are during the Asian, the European, and the North American sessions. London has been known for its position as the global dominant Forex center. However, it has lost market share in 2016. The capital of the UK saw a substantial drop in market share, as it fell from 41% in 2015 to 37% in 2016. 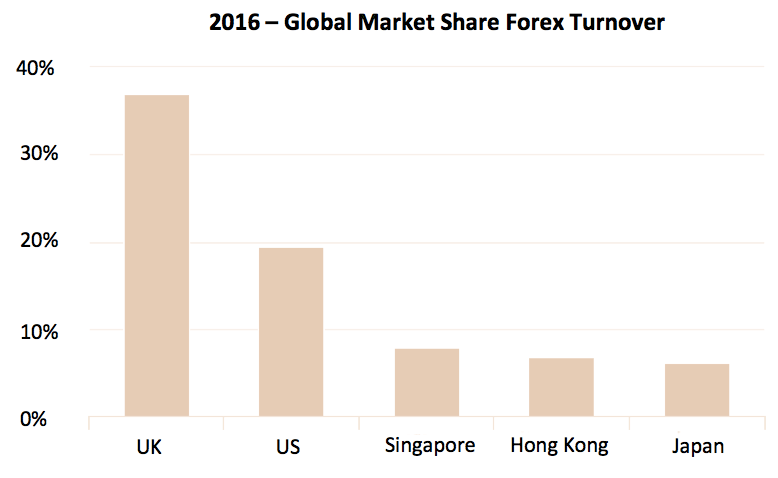 One of the reasons could be that the brokers are preparing to leave the UK post the Brexit vote. However, according to the Bank of England's bulletin and data from the Bank of International Settlements (BIS), the rising rivals in Asia have been challenging London's historic position. The economies of India and China boosted the trading of its national currencies. Meanwhile cities like Hong Kong and Singapore increased its market share, Singapore grew from 6% to 8% and Hong Kong from 4pc to 7pc. Despite, both cities are becoming a challenger of the UK, London still holds its dominant position in Forex trading. Now, you have a better understanding of the current market conditions, I have listed below the characteristics of each trading session. Alongside, I noted with currencies are better to trade for each of the trading sessions.

Every week, the trading session starts from the market opening in Sydney which takes place at 8 am local time (or 9 pm GMT on Sunday). Two hours later, at 11 pm GMT, the Tokyo session starts. With Japan being the biggest currency trading center in the world. The Asian Pacific markets have a great opportunity to experience the live action before other parts of the world can see it. Apart from Tokyo and Sydney, other countries participating in the Forex market and providing liquidity are Hong Kong, China, Russia, Singapore, and New Zealand.

What makes the Asia Pacific trading session different from the other sessions is that it provides thin liquidity and the price usually moves in limited ranges. The currency that appears to be more active than others is the Japanese yen. Besides this, higher levels of trading prevail when economic data or significant news are released. Thereby, this session can be characterized as a stable and calm session.

European Session - London is the center for all activities

When assessing the European session, the markets open at 7 am GMT with London being the center of all Forex trading activities. Every market participant assesses the market activity in this particular session to identify the current market trend. Other countries that actively participate in Forex trading are France and Germany. Occasionally, in the middle of the day, the trading activity declines due to the lunch breaks. However, it increases again as soon as it overlaps with the New York session.

Furthermore, the European session takes place in between the Asian and American sessions. Hence, it has the highest trading activity in terms of the liquidity, price action, and volatility. During this session, almost any currency pair can be traded. However, if you would prefer to trade the currency pair with the tightest spreads then select any of the following: GBPUSD, USDCHF, EURUSD, or USDJPY.

North American session - The last session of the day

The North American trading session is the last session of the day, beginning at 1 pm GMT. Therefore, there is an overlap with the European session during the first four hours. This period of four hours is characterized by having the highest liquidity as well as the major currency pairs' participants. Following this overlap, the trading activity normally decreases. Since both the Asian and the European markets will then be closed.

Best Forex Trading Sessions: When should I trade?

Now, that you have a better understanding of the best Forex trading sessions. It is time for you to select the best trading session that fits your trading plan. A trick here is that you should take a look at the overlapping trading hours in the market. These specific hours bring the necessary volatility as well as more liquidity, due to the increased market participants. Above, you can see the opening hours and the overlaps of the key important trading sessions. To gain a better which trading hours are best to trade the Forex market, I recommend you to also read our previous article which informs you when it is the best time to make money in Forex.