More Bitcoin users are storing their Bitcoin wallets on their mobile phones or tablets. Yet, is it really practical? I have done a research on the upsides and downsides of having a Bitcoin mobile wallet, whilst listing the 7 best Bitcoin wallet Mobile apps of this moment.

29 August, AtoZForex - The first step in getting Bitcoin is to create a digital wallet, even if you decide to start mining Bitcoin this becomes a prerequisite. Unlike, opening a bank account, the procedure is simplified and it is all done online. Bitcoin wallets are acting like a bank account, allowing users to store cryptocurrency either in the cloud or even on your mobile phone for on the go.

Maybe you didn't know before, but yes, it is possible to store your Bitcoin wallet on your phone or tablet. Along with the rapid growth of these mobile devices, a lot of people prefer to have their wallet in their pocket. Of course, there are advantages and disadvantages of having a mobile wallet, which we'll look into in the next paragraph.

Let's start with the Pros of having a Bitcoin wallet on your mobile. Stating the obvious, it is practical to have your Bitcoin wallet on the go. It will allow you to make any Bitcoin payments when you need to at a fast pace. Also, if you are keen on trading or exchanging Bitcoins for a profit, it is easy for you to make these orders straight away in a quick manner, whilst not losing the momentum of the price levels.

In order to avoid this, you can always create a backup for your wallet through using the 12-24 word seed phrase. This option is shown to every Bitcoin wallet mobile app user when installing their Bitcoin wallet for the first time. Once you have opened your mobile wallet for the first time, it is crucial that you save and keep this 12-24 word seed phrase in a safe place.

Now, that you already have learned the upsides and downsides of having a mobile wallet, let's move to my list of 7 best Bitcoin wallet Mobile apps. Based on my research I have added these mobile wallets to list below, they are not ranked and could be in any different order than alphabetic. However, all of the listed apps below did score satisfactorily on the criteria I have set; user-friendly, security, privacy protection, and the range of features of the app. 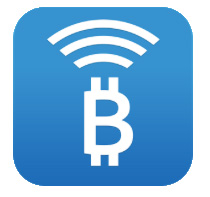 For the ones searching for the most anonymous wallet and financial autonomy, this open source app will be the most suitable option. Airbitz is fully decentralized, meaning that apart from you, nobody can access the Bitcoins or data that you are storing on your account. Even the Airbitz or any external party will have access to your wallet.

This is possible thanks to the edge-security platform, when you log in with Airbitz it starts to encrypt data prior to getting into the network or server. The result is that Airbitz provides instant back-up of private keys and highly secure data. Aside, the security and privacy features, the mobile app is easy to use and has a responsive customer care help desk. 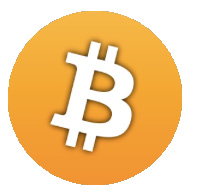 Bitcoin Wallet is the first mobile app available for Bitcoin users to store their wallet on mobile devices. It has a simple design and interface, aimed to the user-friendly for Bitcoin investors. Despite, a lot of newer mobile wallet apps have appeared on the market that offer more features or look fancier.

Bitcoin Wallet sticks to the main important aspects of a Bitcoin wallet and that is security and privacy. Furthermore, it's popular QR code scan for making payment is still considered to be a key USPs. 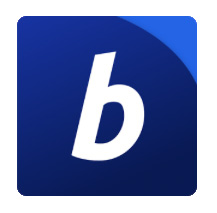 Through Bitpay, users can easily buy, sell and spend their Bitcoins directly from their wallet. There's a possibility to create a card, which is accepted at all Visa merchants and Visa ATMs around the globe. Another USP of Bitpay card is that customers can convert Bitcoin to dollars at any time.

Thus, making it easy for its users to use and spend Bitcoins in the day to day life. Due to these regular checking account features, the app is popular among people new to Bitcoin. Yet, Bitpay also offers the features that are appealing to advanced users. BreadWallet is considered to have the most simplified and user-friendly interface that suits well for beginners. In fact, the mobile wallet app has limited its features and only have the basic send and receive options in the wallet. Thus, making it less appealing for the more advanced users that want to tap into more features than the basics.

Furthermore, Breadwallet will connect you directly to the Bitcoin network. The benefit of this is that there are no servers in between that can get hacked. Hence, in case you have lost your phone, it will be easy to recover your Bitcoins. You would need to us the pre-set personal recovery phrase. 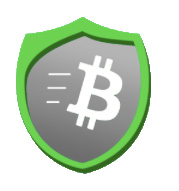 This mobile wallet app offers a wide range of features that will match with everyone's tastes. Where other mobile wallet apps were lacking one or a few features, GreenBits added all the services and popular features in one basket. Full control, instant confirmation, improved security and improved privacy – everything is in place. What makes GreenBits convenient is that you can quickly check the balance of a third party's device without affecting the privacy of your wallet.

Apart from that, a second signature allows an instant execution of payments – no need for long waits till the transaction will be processed. Moreover, all transfers to your wallet are using a newly generated address, which makes it extremely difficult to your transactions for the external parties. 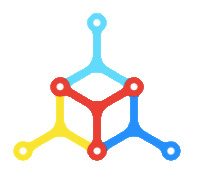 Mycelium caters more the advanced users, as its wide range of features, advanced privacy and security features can confuse a beginner. Nevertheless, the mobile wallet app has gained a lot of popularity among Bitcoin Wallet users. The app also allows to integrate other Bitcoin wallets like Trezor and KeepKey. A benefit for the ones using several digital wallets.

This also allows the involvement of the third party. On the downside, Mycelium does not have a web interface and users can only access their wallets through their mobile wallet. 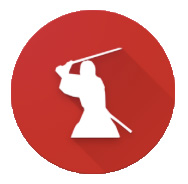 Coming in as the last app in the list of the 7 Best Bitcoin wallet mobile apps, is the new Samourai Wallet. This wallet market itself as the most private and anonymous app available. It features a military grade encryption – AES-256 and has never communicated with any other server. The default protection is also very strong – BIP 32, BIP 44 and BIP 39 are applied to passphrase encryption.

This makes the security of Samourai Wallet nearly unbeatable. Adding to this, a PIN login consisting of 5-8 digits and certificate pinning provide the utmost protection for the users.

The majority of the above mentioned 7 Best Bitcoin wallet mobile apps are available for Android as well as Apple IOS devices. Except for the new Samourai Wallet, which is currently only available for Android devices. Bear in mind that this list is not exhaustive and that there are numerous of other mobile wallet apps in the market.

Share with us your experiences with the apps above or share your favorite mobile wallet app. Tell us why it needs to be considered as well, in a comment below.