Get VIP Trading Signals Market Watch
Trade Now Your capital is at risk.
March 11, 2019 | AtoZ Markets - 2019 US tax filing season will soon be here. With just one month and three weeks left, now is the time for cryptocurrency investors to take action on planning using the 4 cryptocurrency tax tips shared by Deloitte tax pro Jim Calvin. 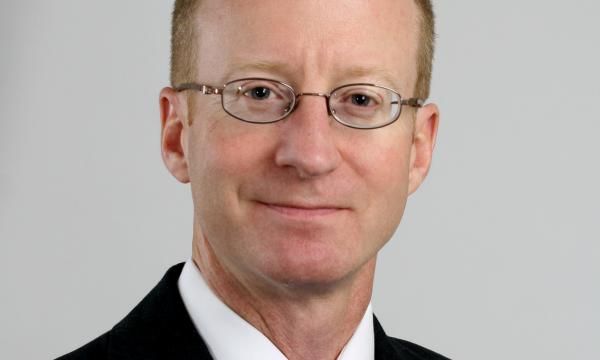 Calvin got involved with cryptocurrency since the year 2014 when he was based in Asia. He says he began to get questions about Bitcoin from clients, and that he gained a personal interest as the first major crypto winter set in.

As a result, he finds that more than half his time is spent working on crypto-related topics. Aside from questions about how to treat “chain splits” ( which he feels should be treated the same as receiving a free sample in the mail) he always looks after clients with a sizable portfolio of digital assets. Thus he has come up with four tips to maximize profits at tax time.

While there is still time, cryptocurrency investors can reduce their 2019 taxes by reviewing the available strategies in this Deloitte crypto tax guide. Don’t wait until the last minute.

Calvin says this is the top strategy he has used for tax accounting is to use the highest possible cost basis. He highlights the importance of keeping track of one's coins while using standing instructions.

“Anything I sell is going to use my highest cost coin. So the first thing I sell is always going to be the most costly. And therefore, it minimizes any gain I might have, or maximizes losses.”

He revealed that it a rule that he has pinched from stocks and bonds and it has worked numerous times. Therefore, he feels there is a legal precedent.

“Have a standing instruction, write an e-mail to your CPA or anybody else that can verify that you definitely said anything you sell is going to be from the highest cost basis lot. When you sell it, it could be for say $4,000. But when you’re selling, you can base it on coins you bought at $20,000.”

This allows an investor to sell using the maximum cost basis, based on how much you bought. It should come as a welcome relief, particularly to those who had purchased their assets at the all-time high of the previous bull run.

When it comes to stocks trading, it is impossible to claim losses when you repurchase a stock right after selling it. It doesn't look like smart business. However, this is possible with crypto assets. According to Calvin,

“There should be some daylight between the trades. An hour is probably okay. But you can take that loss. You can’t do that with stocks, but you should with Bitcoin and most other cryptos that are treated as a commodity.”

While this is a method of keeping your holdings and filing your losses, Calvin further points out that while losses can be carried forward, they can’t be carried back.

While neither are taxable until you’ve claimed and made income on them, Calvin suggests claiming them only when the values actually appreciate; thus allowing one to offset the ordinary income tax.

For example, if you claim your Ethereum at $150 and wait to sell it at $3,000, you pay ordinary income tax on the $150 and capital gains on $2,850. In this regard, you make out better than attempting to sell air drops and chainsplits at a loss.

Claiming them upon appreciation of value allows one to offset the ordinary income tax when sold at a profit. And the profit is only taxed at capital gains on the said profits.

“I think a lot of institutional traders don’t claim air drops and chainsplits because they are a risk. The IRS will probably go along with that. Because you don’t have a choice about receiving it.”

Cryptocurrencies getting stolen is not an unusual issue. While these lost funds may not be deductible per se they are still a loss.

The other caveat in the rules according to Calvin, is that if an individual manages his own private keys, he is going to complicate matters in trying to prove a loss than he would with something like the QuadrigaCX scandal.

It is noteworthy, that the usability of all 4 Deloitte cryptocurrency tax tips are theoretical and are yet to be practically tested. As a matter of fact, they are not endorsed by AtoZ Markets as there have been no court cases or IRS challenges that will attest to the veracity of these ideas.

However, Calvin says these are methods he uses to advise clients of Deloitte, one of the largest tax accounting firms in the world.