The S&P 500 stock index broke out of a leading diagonal last week. A bullish retracement is expected. Will the index continue the intraday downside correction after the bullish pullback?. The following forecasts the short and long term direction of the largest U.S stock index based on 13-17 March weekly S&P 500 Elliott wave analysis.

12 March, AtoZForex     With the Elliott wave theory, any publicly traded instruments can be monitored, analyzed and forecast from the smallest time frame to the largest. In the last long term Elliott wave  forecast on the S&P 500, we looked at a long term impulse wave in the last phase. We projected the last phase to terminate at 2279-2363 or 2549 price levels. However, price has rallied significantly since then to 2400 and now correcting to 2350-2370. Meanwhile, the long term bullish run is not over yet but there will be bullish and bearish trade opportunities for short term and swing traders. That is the focus of this article.

The chart below shows the weekly chart as we look at the wave progression again. 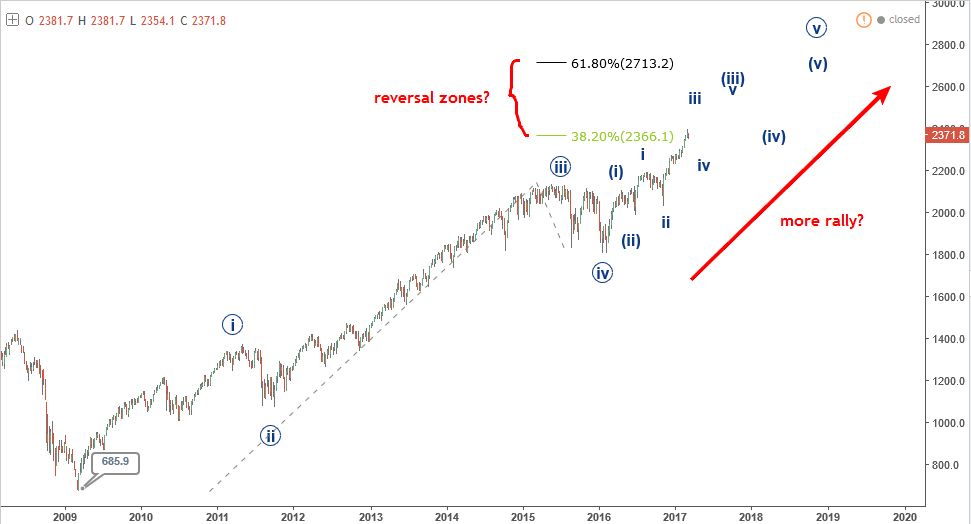 The chart above shows the impulse wave progression in the upside mood since 2009. The rally can continue, by projection, for another two years. We marked 2366 (38.2% Fibo-projection of wave 1-3 from 4) and 271x levels (61.8% projection). Price bridged above 2366. The next level to watch out for is 271x. There is a possibility of a continued rally to 100% projection at 325x. The sub-waves of wave v is very important. Let's check them below.

The chart below shows the daily Elliott wave count and how the 5th wave has progressed. 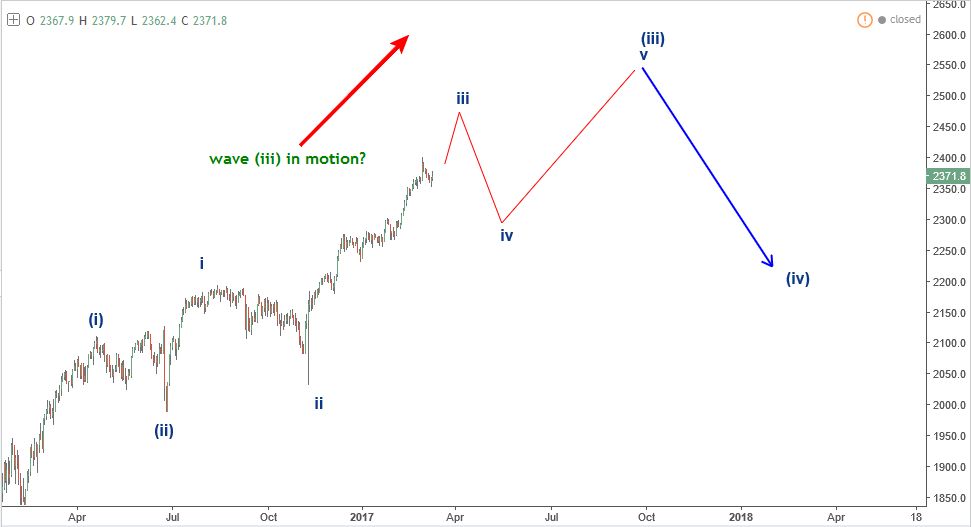 The chart above shows a possibility of wave (iii) of v in progress. This could continue to 255x levels before a large pullback alters the bullish drive. Wave (iii) is in the 3rd wave as well. This shows that the bulls are expected to continue dominating in the coming weeks. Let's get closer to the charts and see price behavior better with the hourly analysis below.

The chart below shows how price could move in the coming days and weeks. 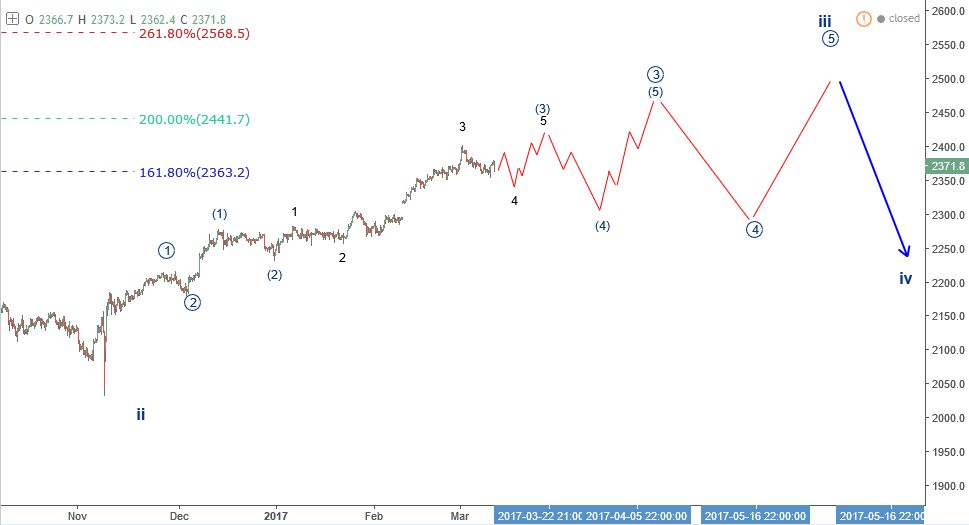 We would see dips amidst rallies. Intraday traders can take advantage of each of these turning points. Narrowing down to the intraday view. 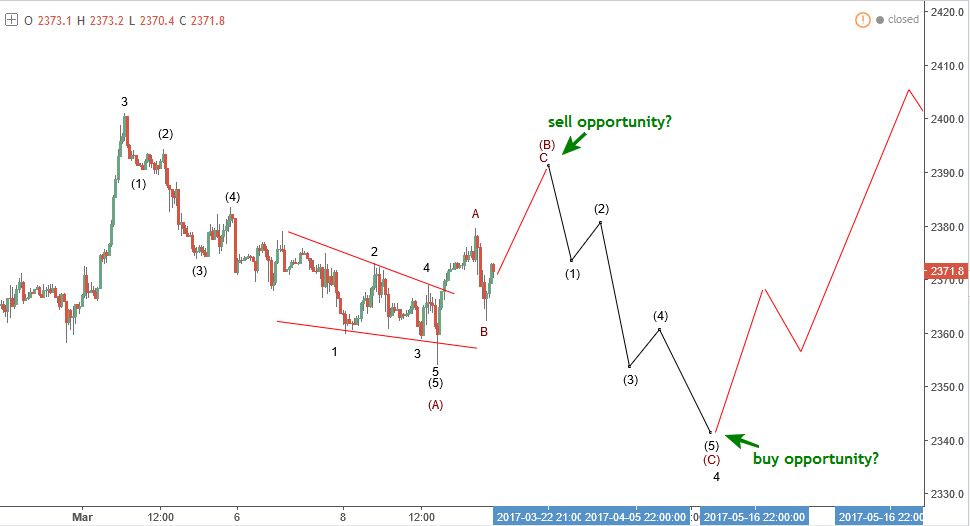 From 2400 top where we had the end of sub-wave 3 of iii, price has been in a correcting mood for sub-wave 4 of the same degree. Wave 4 of this degree (intraday) seem to have completed the first leg-wave (A) with a leading diagonal. A pullback to 238x-239x could be seen this week before price crashed for the last leg of wave 4 to around 2340-2320. Finally, these are forecasts that have high likelihood and are also subject to adjustment as price progresses. There will be updates to this in the course of the week. Stay tuned to AtoZforex for this and other instruments.