Do you know that taking profit in the market can be strategic?. Knowing how to take sequential and extended profits in the market is a skill every successful trader has mastered. The following show how to take profit with Elliott wave theory using USDCAD sell setup as a case study.

29 May, AtoZForex - Profitable trading requires 3 steps: sound trading system that gives an edge, trade/risk management and the psychology/discipline to follow through. Being a master of a trading system is not enough. More important than that is risk/trade management.

Trade management is the management of individual trade with respect to profits and losses. It is often advised that we allow profits to run while cutting losses. In an article, we explained how to cut losses with Elliott wave theory. In this article, we will explain how to keep and extend profits in a profitable trade.

Elliott wave theory identifies patterns that the market reacts to. These patterns are formed as a result of the mass psychology of traders. It is believed that, when such patterns occur, something is happening or has happened.

Traders will react in their usual way more often than not. We may not have to disturb ourselves with 'what happened' or 'what's happening exactly. We just know that 'something happened or is happening' and traders will react. There are variations sometimes what we need to manage using Elliott wave theory as well.

We will focus on the USDCAD trade setup we had earlier this month. The chart below was used in the setup. 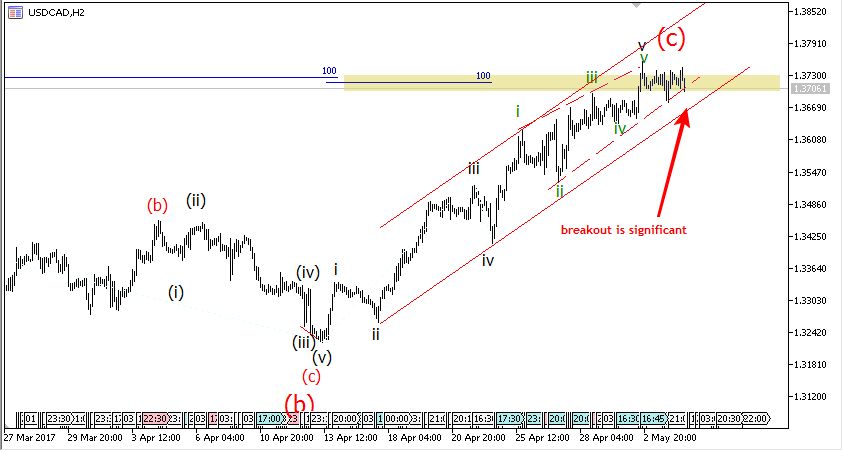 That was the setup. At breakout, we were waiting to sell. Before entering a trade, there should be a minimum potential R/R of 1:3. This means that the potential reward should be at least triple of the risk. There was a breakout as shown below. 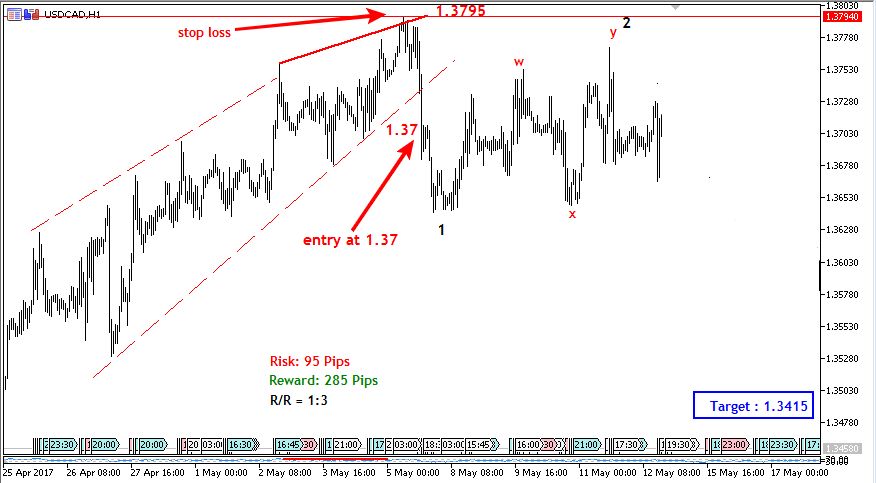 We had a significant breakout and set a sell order at 1.37 with stop loss at the top of the pattern - 1.3795. A risk of 95 pips. The reward to make 1:3 R/R is at 1.3415 for 285 pips. Price moved down gradually and made a correction that lasted for about a week and half. Price completed the correction at 1.3770. As price made a substantial deviation away from 1.3770, the first opportunity to cut loss appeared. Loss cut from 95 pips to 70 pips. Not bad. What happened next?

How to take profit with Elliott wave theory: protecting profits 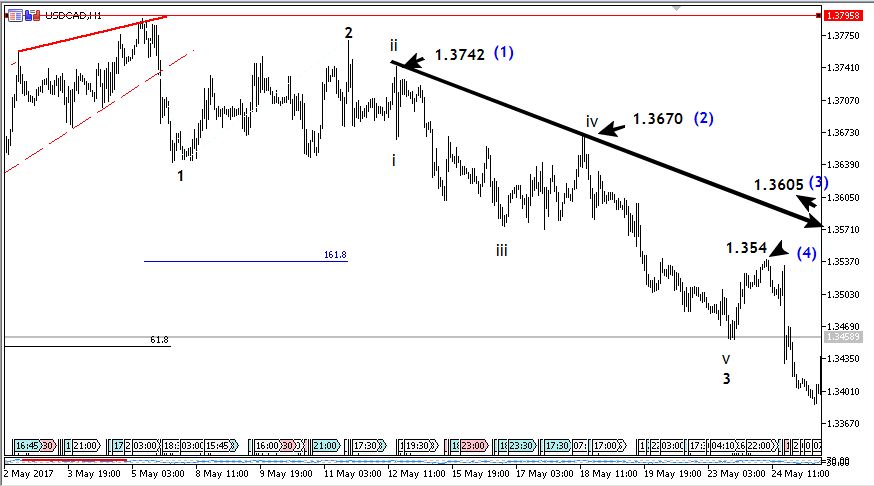 Price made a strong move down making pullbacks at 1.3742 and 1.3670. Stop loss was adjusted to these prices to cut loss to -42 pips and +30 pips profit. Price continued downside with swing pullbacks at 1.3605 and 1.354 with stop loss adjusted for 95 pips and 160 Pips each. At these points the profit was guaranteed. Price moved down to 1.34 below out final target at 1.3416. Final target achieved - 1:3 R/R. We also prepared for unforeseen circumstances to cut loss and protect our profits in a way that shows we won't be taken out quickly.

Is there potential for more profits downside?. Yes, there is. 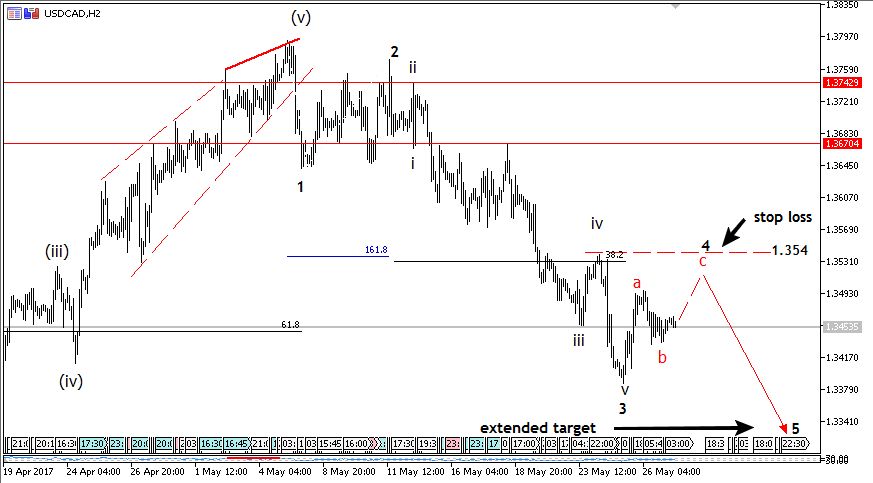 Price probably will complete an impulse wave downside. It seems to have completed the first 3 waves. The 4th wave is not expected to break above 1.35. Our stop loss can be placed there. Once this correction is over, price will break 1.34 low toward 1.3. Waiting for this will definitely give profits more than 1:4 R/R while guaranteeing some profits. This is the edge Elliott wave can give us- to take as much profit as possible from a trendy move and cut as much loss as possible from trades that do not meet our expectations.

Want to trade USDCAD? Start with a free account from an AtoZ approved broker:

Should you use the Elliott wave theory on your own at all?

Before you start trading with the Elliott wave theory, you'll want to read this.

Do you have other views in contrast to the ones listed or you want to compliment them further? Let me know by your comment below. Don’t also forget to share this analysis with people that matter to you.