Get VIP Trading Signals Market Watch
Trade Now Your capital is at risk.
Setup Monero mining is profitable for all people who have computer instruments only. You can use both CPU or GPU to mine Monero. Monero mining setups include how to set up Monero mining and how you can extend the profitability by joining the mining pool.

Cryptocurrency mining was profitable once with bitcoin mining. However, with time passes the process becomes complicated and less productive. Therefore, many people become confused about the profitability of cryptocurrency mining. On the other hand, after the introduction of many new cryptocurrencies, mining becomes challenging. There are some mining costs, which include electricity and the price related to instrument purchase.

So, is mining Monero profitable?

Yes, mining Monero is profitable. There is a possibility that it will remain profitable. We will see some necessary steps of mining Monero in this article. However, before proceeding further, let's get some introduction with the Monero.

Monero is an extraordinary system of currency exchange. The main characteristics of Monero are that it is secure, untraceable, and private. Like other traditional currencies, Monero uses a cryptographic script that is wholly untraceable and doesn't have a link to follow. In our current online life, the concept of Monero carries a lot of potentials. The whole idea of this currency is to utilize a private system of transactions. This concept is also helpful in how to mine Monero. 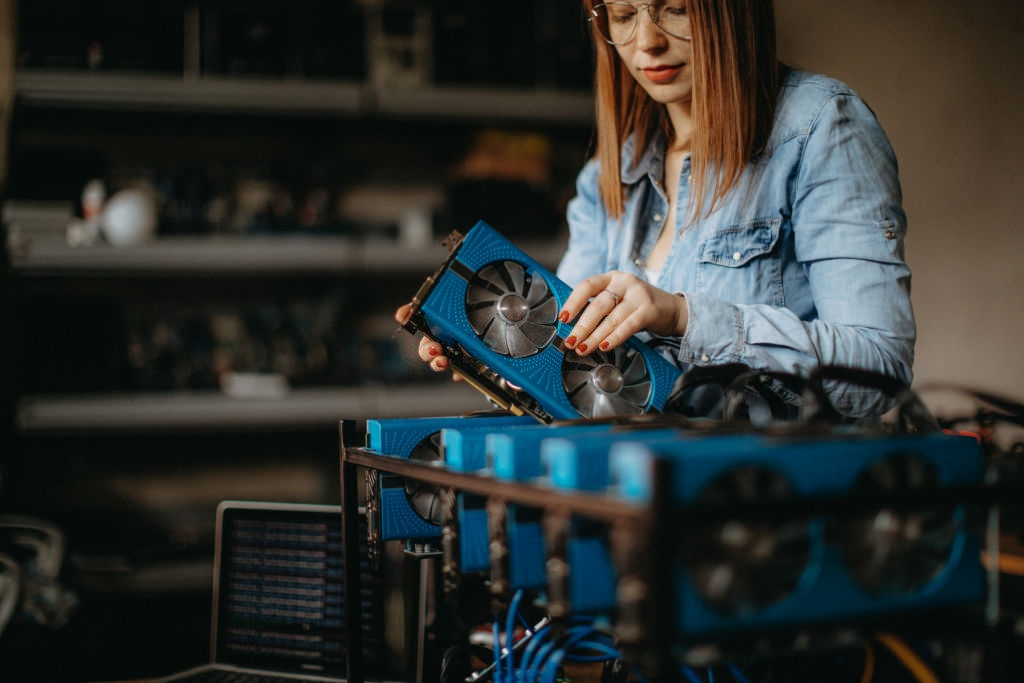 Before investing In Monero, we need to see some critical elements of Monero:

Monero is a secure way of making transactions. The identity of users remains secret; therefore, there is no way to trace it.

Want to trade monero with a reliable exchange? Open an account with any of the below AtoZ Markets approved crypto exchanges:

No predetermined limit can restrict the use of Monero. However, to limit attacks of spammers, there is dynamic scalability, which makes it difficult for them to use it maliciously.

The most trustable format of Monero is that it is fungible. It makes this crypto different from all the others. In simple terms, there is no record of transactions, and if someone tries to get their transaction data, it is quite impossible.

This feature also separates Monero from other cryptocurrencies. Unlike most of the cryptocurrencies with only two keys, it has multiple cores. It allows users and critics to consider it a bit confusing initially, but it is beneficial as a professional forwarding.

ASIC (Application Specific Integrated Circuit) is one of the critical features in most of the popular crypto options. Monero also functions on a CryptoNote system that is ASIC resistant.

There are some significant reasons for mining Monero. The first one is that mining might be a way to reuse the high-end GPU. The second one is the tradability. Traders can trade the bitcoin with the Monero. Therefore, traders can sell BTC quickly against the cash. In this way, mining XMR is a way to fill up your bank account. Moreover, traders can trade XMR against fiat currencies on some major exchanges.

Monero mining is based on the CryptoNote algorithm, which consumes less electricity. Besides the electricity cost, it will also consume less GPU temperature. Therefore, it will increase the lifecycle of the GPU. On the other hand, there is some logic behind the price appreciation in the future if you are planning to sell the GPU after achieving your target.

Before proceeding further with Setup Monero Mining, we need to perform some calculations. We will see the data from whattomine.com that provides up-to-date price, block time, and network hash rate. To monitor the profitability, you can click at the top row on the GPU model. Then, click crypto night to calculate following the algorithm. Later on, Click the calculate option, and it will show you the hashing and profitability information.

Monero uses the cryptonight algorithm that is similar to the Etash algorithm. The whole mining process is simple, like Ethash.

In the next section, we will see how to set up Monero mining.

AMD GPU outperforms Nvidia for Ethereum mining. However, in Monero, things might be the same as it also used the Cryptonight algorithm. You can also use CPU for mining Monero. A core i7 or even Core i5 CPU can make a small profit in the crypto game.

For the CPU, these models are best:

For the GPU, these models are best:

You can use both AMD and Nvidia GPU according to your choice. However, as mentioned earlier, AMD is preferable to Nvidia.

However, there may be some difficulties while installing the GPU drivers. There is a possibility of system lagging, flickers, and brief black screens on some screens.

Want to trade monero with a reliable exchange? Open an account with any of the below AtoZ Markets approved crypto exchanges:

XMR Stak has recently released an update that allows users to download the installer without asking about the hardware that you are planning to use. Therefore, we will use XMR Stak in this guide as it provides excellent results.

The latest version of XMR Stak is elementary to set up. We are considering this for Windows, but Linux and macOS versions are also available. You just need to download it from the official link, and unzip to a file location and run the setup. 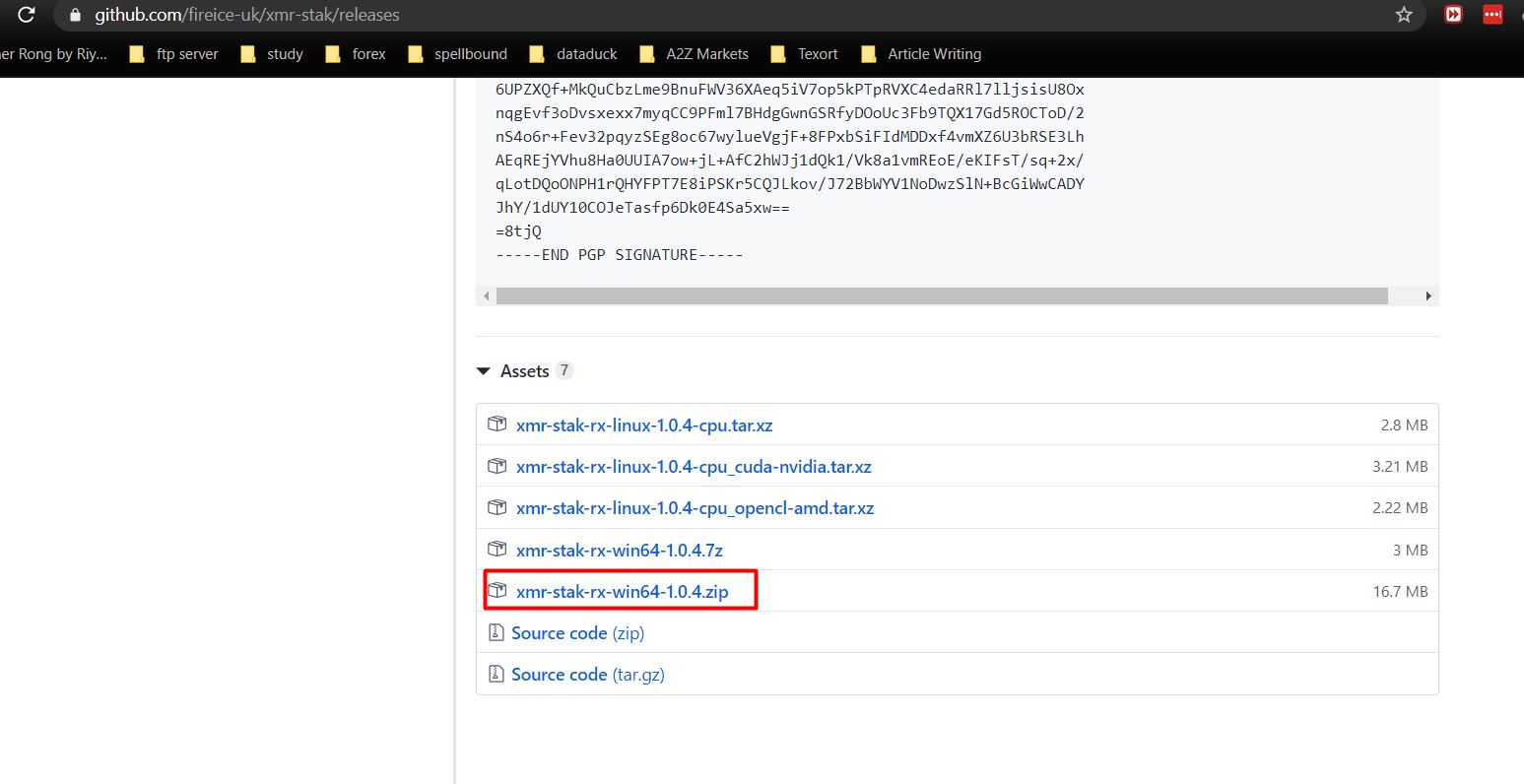 After running the software, it will ask you to mine Monero or Aeon. You should choose the Monero. Then it will ask to enter the pool address.

Getting yourself involved in a good mining pool is crucial as self-mining will provide fewer rewards. To join the pool, you should pay a small fee, but it is small compared to the consistent income. Some of the mining pools for Monero are mentioned below:

From the above-mentioned pool, MineXMR has the lowest fees. The following image defines connection details to mineXMR.

Therefore, you can click on the Withdraw button to send the Monero to another Monero wallet or exchange.

There are many mining pool software that combines the computer and earns the mining much higher than a single mine. For the mining pool, there is a unique poll address. Involvement in a good mining pool can increase profitability as solo mining can earn little rewards without an extremely high hash rate. Most of the pools usually come with a small fee but justified to provide a consistent income.