Get VIP Trading Signals Market Watch
Trade Now Your capital is at risk.
Since the beginning of the cryptocurrency hype, documentary filmmakers showed interest in the blockchain and the opportunities it provides. In this article, we have listed our Top 5 Cryptocurrency Movies to Watch this Christmas.

Nowadays, everyone in the world has heard of Bitcoin. Therefore, people understand the difference between now and 2009 when Bitcoin started. With the increased interest in cryptocurrencies, people have become more curious to know about the concept of Bitcoin.

Cryptocurrencies are still in its infancy stages despite the popularity it gained in 2017. Hence, people are confused whether Cryptocurrencies will still exist in the future or not. If it gets stabilized, the whole payment system, as well as the currency systems, will be changed. Now, to get us up to date with the new technology it is obvious to get a better understanding about the technology. If you are one of those curious people, you may want to check out theses cryptocurrency movies. In this article, we have listed the top 5 Cryptocurrency movies to watch this Christmas.

What Are the Top Cryptocurrency Movies to Watch?

With the beginning of the cryptocurrency hype, documentary filmmakers gained more interest in the blockchain and the opportunities it provides. However, few people know that there are many documentaries that shed a realistic light on cryptocurrencies including Bitcoin. Many investors treat Bitcoin as “digital gold” and describe its positive and negative sides without embellishment. Below is the list of top 5 Cryptocurrency movies to watch this Christmas;

Let's have a look at each of the cryptocurrency movies from the list:

This film features Russell, Alexis Bledel, Jeremie Harris as well as Luke Hemsworth. It focuses on a young anti-money laundering agent played by Beau Knapp. This man returns to his hometown to make an investigation on a case of corruption and fraud. In this movie, Russell plays the father role of Knapp’s character. The producer of this movie calls it a thriller movie but with a cryptocurrency-focused twist. The writer of this movie was Carlyle Eubank and David Frigerio.

Jordan Yale Levine, one of the producers of this movie quoted that- “Cryptocurrency has captured the attention and imagination of consumers and entrepreneurs all over the world but has never been explored in film in such a nuanced and exciting way,” 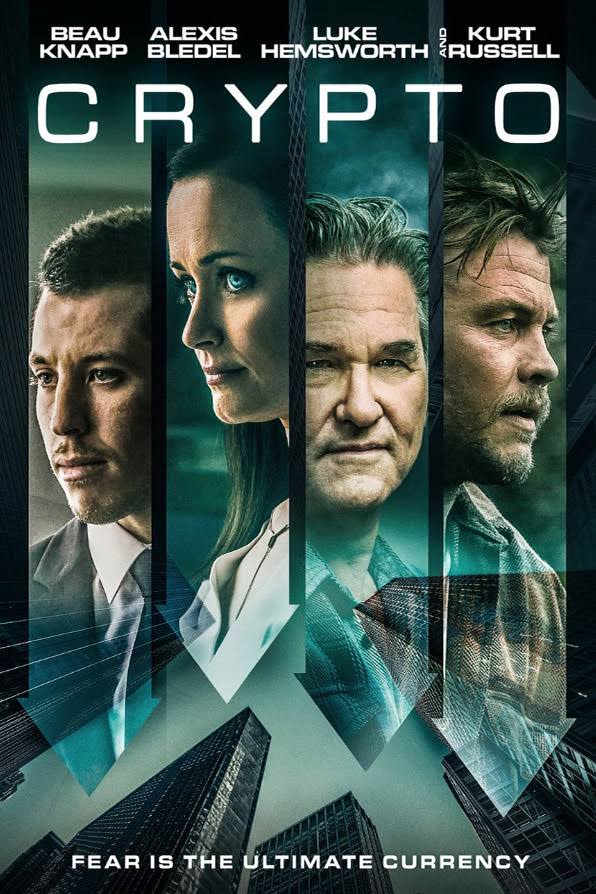 Crypto is considered as one of the most high-profile films to date on the world of cryptocurrencies. Last year, there was a report saying that the Coen brothers were working on a movie that includes a dark market and used bitcoin as its central currency. However, Crypto is far from the first movie that featured the cryptocurrency theme. Nevertheless, you can include this movie on the list of top cryptocurrency movies to watch this Christmas.

#2 The Rise and Rise of Bitcoin

This movie documents the unpredictable journey of Bitcoin. Moreover, it covers all Bitcoin-related events that have ever made it to the media headlines. This movie was released in 2014 and considers as one of the first documentaries about Cryptocurrencies including Bitcoin and others. In this film, the author explains how he became interested in Bitcoin and how he participates in the Bitcoin community. He also shows the global influence of this breakthrough technology on our world. 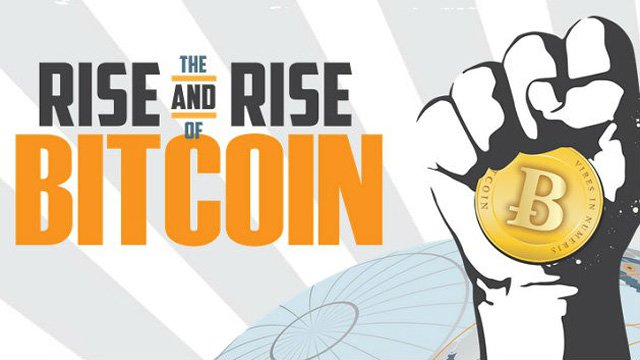 In this movie, the author explains the history and features of cryptocurrency. Moreover, he paid extra attention to the personality of Satoshi Nakamoto, the person who wrote the Bitcoin White Paper and has remained anonymous to the world. The film also features important events in the Bitcoin system with a more detailed overview of the virtual currency and its features.

During the filming, the filmmaker took interviews with many famous people, including the Winklevoss brothers, Vitalik Buterin and others. According to many experts, this film earned great publicity in the cryptocurrency environment with many good reviews. This film is a great example of how blockchain technology changed the world. Therefore, if you want to enrich your knowledge about the crypto world, you should add this movie to your top 5 cryptocurrency movies.

This movie focuses on the features of the revolutionary cryptocurrency technology, and its potential and capacity to change people's lifestyles. Erik Voorhees, Gavin Andresen, and Charlie Shrem took part in the making of this documentary film. The film deeply analyzes the ups and downs experienced by the early users of the cryptocurrency since the release of Bitcoin in 2008. Throughout this film, the creator tried to find harmony between regulation and innovation.

Additionally, this movie reveals several points of view on topics related to Bitcoin, as well as the contributions of technology pioneer to the creation of blockchain technology. If you are passionate about innovation, technology, and legal regulation, you should definitely keep this movie on your watch list.

If you are passionate about cryptocurrency, especially Bitcoin you should watch this movie. This film was created specifically to answer lots of issues regarding one of the famous cryptocurrencies, namely Bitcoin. This movie also displays the consequences of Bitcoin for society. The creation and development of the first digital currency are shown in this film.

Bitcoin is a digital form of currency that is not currently controlled by any modern monetary institutions. Therefore, people call it “Magic Money”. This movie analyzes briefly the origin of the currency and its key functions. It also describes the point of whether this currency is really the solution for the whole society or not. The movie also investigates the mysterious origin of the revolutionary cryptocurrency and what outcomes it may have for the future of the present world.

Unlike other films, it does not include the history of cryptocurrency but rather the film focusses on its practical use. Therefore, this movie will help you to understand the concept of Bitcoin, which will help you to trade better in the crypto industry. During the film, users from different countries of the world express their opinions about Bitcoin as the payment gateway.

From the name of the film alone; one can already draw conclusions about the features of the world's  No1 Cryptocurrency. The documentary shows the life of young couples who give themselves the task of living for three months using only cryptocurrency. The main plot is that they started the experiment soon after their wedding. 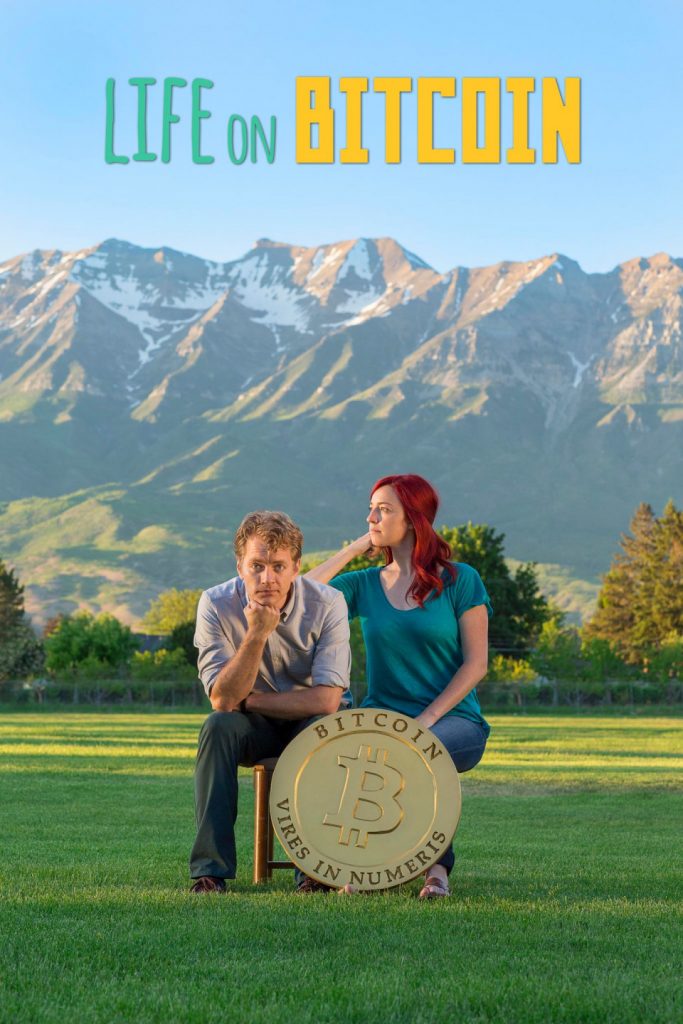 The film consists of two parts that are related to the market establishment of Bitcoin. The first tells about Bitcoin including the problems of using it, features, and other aspects. In the second part of the movie, the young couple films their efforts to live on cryptocurrency. In their day to day transactions, they use no other than Bitcoin as a payment system.

This movie shows how cryptocurrency is found outside the large cities, including how hard it is to persuade sellers to accept Bitcoins as a payment system. The movie shows the importance of Bitcoin as a means of payment, as well as the uniqueness of the Blockchain network from a technical point of view. In addition to that, the film tells the stories of two Bitcoin-evangelicals, Erik Voorhees and Trace Mayer.

Why You Should Watch the Cryptocurrency Movies

Cryptocurrencies are very new in the investment world. One the one hand, there are many misconceptions regarding cryptos. On the other hand, Bitcoin is an innovative system that does not require any central interventions to monitor or maintain.

Due to its nature, it becomes very difficult for investors or lawmakers to accept it. Also, in many countries the use of Bitcoin is prohibited. Additionally, there are many people whole believe that Bitcoin is used by criminals only. Nevertheless, Bitcoin and other cryptocurrencies are a payment system that the world didn't see before. If you understand it, you will be one step ahead than others.

Since it is the holiday season, the liquidity in the market is lower than the ordinary days. Hence, it is the perfect time to spend time to watch Cryptocurrency movies that will give you some solid entertainment as well as knowledge.