Recently the withdrawal of $610 Million of USDT raised doubts about the stablecoin Tether and its coverage by the USD.

19 October 2018, AtoZMarkets - Tether as known as USDT has pulled nearly a quarter of the controversial stable coin’s market cap out of circulation since the beginning of October 2018.

On Wednesday, Bitfinex exchange sent another 50 Million USDT to the Tether Treasury. It is marking the sixth time this month that the company has pulled Tether out of circulation by depositing them into the treasury address. In addition to this, Tether has not issued any new tokens in October 2018. Previously, the new tokens entered into the market was on September 21, when the treasury sent 50 million USDT to Bitfinex Exchange. 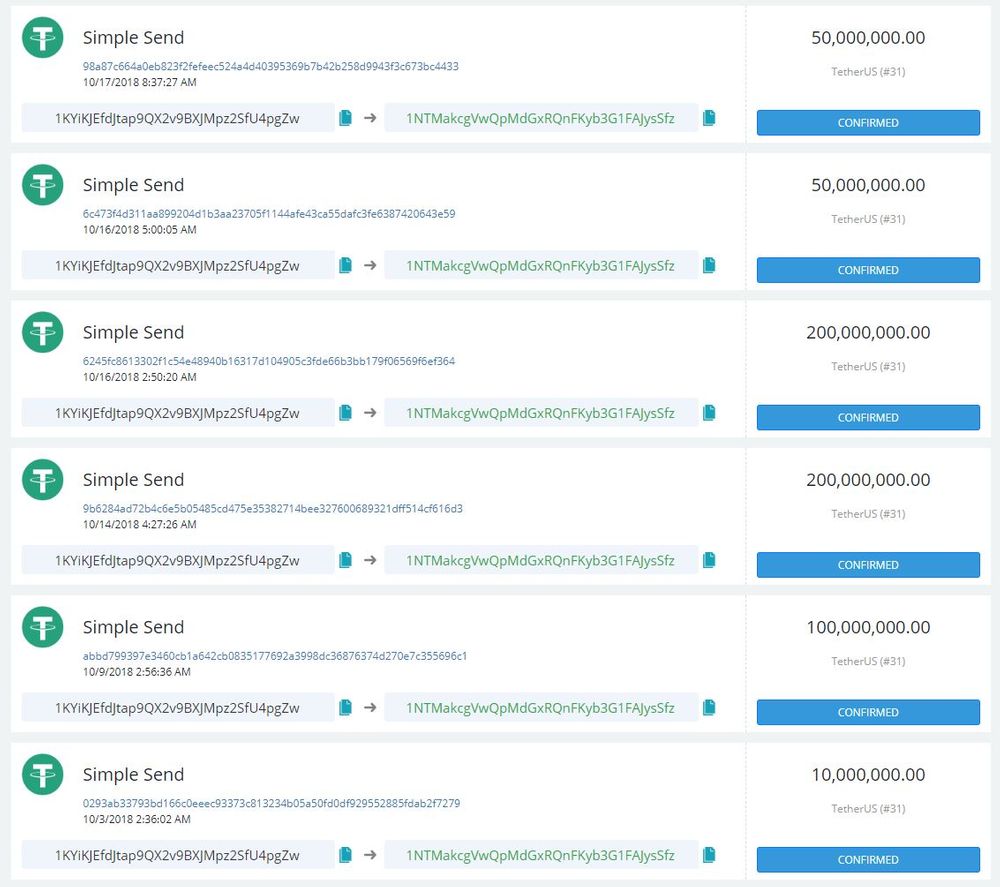 A major part of the transfers which was $580 Million have been made since 14 October 2018. Unusually, most of the transactions that happen either or just before USDT’s USD bond decline, as the price of USDT dropped to $ 0.92 mark.

As of the time of press, the USDT price stood at $0.98, according to CoinMarketCap data. Also, on other crypto-exchanges such as Kraken.com the token continued to trade as low as $0.96 against the US Dollar. 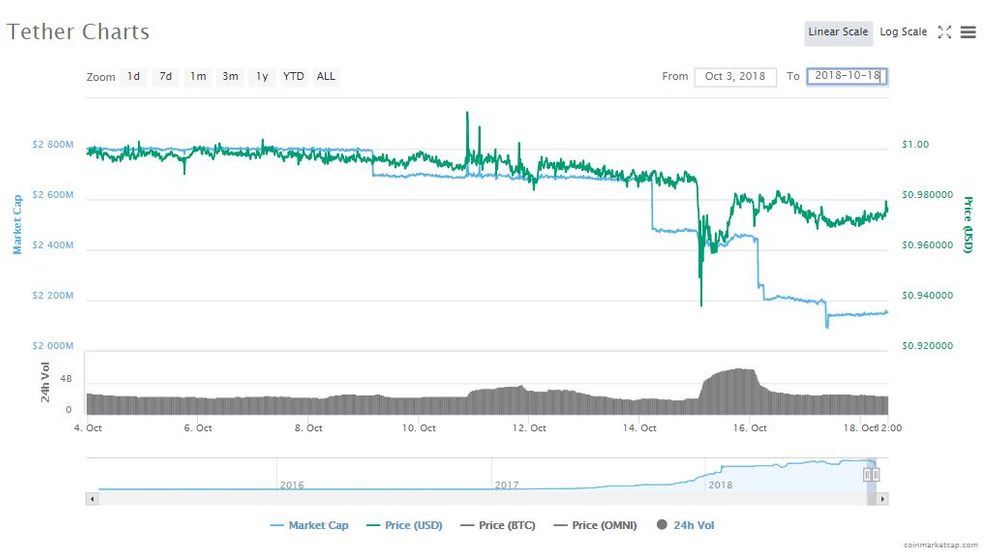 With that transaction on Sept. 21, the market cap of USDT surged above $2.8 B, reaching a new all-time high. This month the circulating supply of Tether coin has plunged by $610 million units. As of now, Tether’s market cap is currently standing lower at $2.16 billion.

Remarkably, the bulk of the outflows occurred either after or directly before USDT lost its USD peg. The transactions which were placed from 3rd October and 9th October removed $110 million from circulation. But the other $500 million was wiped from the crypto-market over a period of just three days. This results in a decrease in the supply of almost 19%.

Reason for Strengthening of Other Stable Coins

The possible reason for the weakness of Tether could be the strengthening of new stable coins in the marketplace. Most of the stable coin shows a significant increase for competitor coins according to the market cap. But not to the extent of 600 M USD in total. Most importantly, the real USD has seen the strongest increase.

Since the start of this month, the amount of all USD increase from around 100M to 160M. Also, Gemini Dollar on Coinmarketcap does not currently offer market capitalization data. However, trade volume increases significantly.

Before 14th October, the daily volume was below $50k for the Gemini Dollar (GUSD). After that date, the trading volume increased temporarily to more than 14M. Paxo’s market cap also increased from 13.5M to more than 64M and currently there are 42M PAX in circulation. Yet, there could be a change soon. The investors continue to lose faith in Tether’s reliability and the ability for the payout and it could be faster than it was expected.